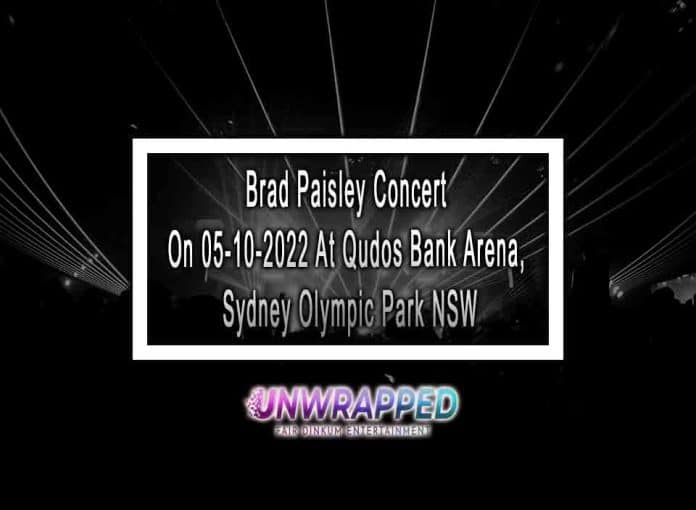 The wait is finally over! Potts Entertainment, Chugg Entertainment, and Frontier Touring are happy to announce that US country music veteran Brad Paisley and Australian-born worldwide star Morgan Evans will perform their first-ever headline gigs in Australia and New Zealand. Brad Paisley is a multi-platinum country music musician who has established himself as one of the genre’s most skilled and distinguished performers. His composition and unequaled showmanship have earned him many prizes over the last two decades, including three GRAMMYs, two American Music Awards, 14 Country Music Association Awards, and 15 Academy of Country Music Awards, to name a few.

Morgan Evans, who was born and raised in Australia, has developed into one of the most intriguing musicians in the worldwide country music industry right now. Morgan blasted onto the US Billboard Country Airplay chart with ‘Kiss Somebody,’ which reached #1, was certified Gold, and was certified Platinum in Australia when Morgan migrated to Nashville in 2017. The following single, ‘Day Drunk,’ charted in the Top 20 in the United States and was certified 2x Platinum in Australia. Morgan’s album, ‘Things We Drink To,’ reached the Top 10 on the Billboard Country Album list in the United States and the Top 5 on the ARIA Album chart in Australia. In 2019, Morgan won the ARIA Award for Country Album of the Year.

Bradly Douglas Paisley was born on 28 Oct 1972. He released eleven studio albums, with his first album, Who Needs Pictures, in 1999. All of his albums were certified Gold or higher by the RIAA. On the US Billboard Country Airplay chart, he has 35 Top 10 songs, 20 of which have reached number one. In 2009, he established a new record for the most consecutive top-ten hits on the Billboard Hot 100 list. Paisley has won three Grammy Awards, 14 Academy of Country Music Awards, 14 Country Music Association Awards, and two American Music Awards, with over 11 million records sold. He’s also a member of the Grand Ole Opry, country music’s pinnacle achievement. Paisley also contributed to the Pixar Cars franchise with songs such as “Behind the Clouds,” “Find Yourself,” “Nobody’s Fool,” and others.