Can Dogs Eat Mushrooms? Are Mushrooms Ok For Dogs? 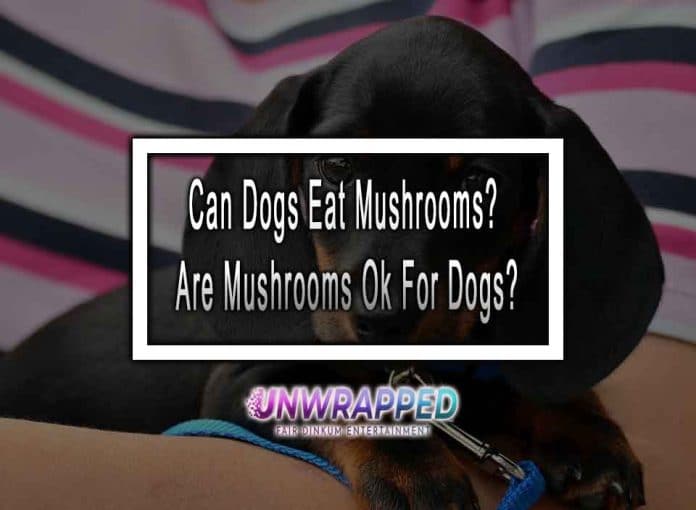 Despite the fact that humans often consume mushrooms and other fungi, there are various harmful varieties, making them a poor choice for our dogs to eat as treats.

Mushrooms are a major food category in the human food pyramid. Different species of mushrooms are utilized, and it is typical to see them growing on patios, in gardens, and in parks, among other places. While many of the mushrooms are edible, we are aware of a few that are toxic to humans and should be avoided.

So, what about the animals? Can dogs consume mushrooms or other fungi that humans consume? The American Kennel Club’s guidelines are used to address these questions in this article.

The basic response to the question above is that it is totally dependent on the sort of fungus in question.

Is It Safe For Dogs To Eat Mushrooms?

Wild mushrooms can be toxic to humans and dogs, but what about cultivated mushrooms such as mushrooms, portobellos, or button mushrooms? In general, the mushrooms that we humans consume are safe for our four-legged best friends to consume as well.

If they intend to give them to someone, they must be thoroughly cooked and free of any type of added substance, such as butter, salt, sauces, and so on.

What Varieties Of Wild Mushrooms Are Hazardous To Dogs And Why Do They Poison Them?

Despite the fact that only a tiny fraction of the Kingdom Fungi’s species are genuinely dangerous, and since it is difficult to discern between them, all wild mushroom species should be viewed as potentially deadly in the ideal situation.

Dogs may eat mushrooms for the same reasons they consume other strange foods, despite the fact that it is less prevalent. They discover the world via their senses of smell and taste, and the texture of a mushroom might be appealing to a canine that is interested in everything. Consequently, the presence of a fishy odor in certain deadly mushroom kinds, such as Amanita phalloides, is cause for serious concern. Dogs are especially attracted to the aroma of this plant.

Types of Mites and How to Eliminate Them Using DIY Methods?