Best Wicketkeepers in the World 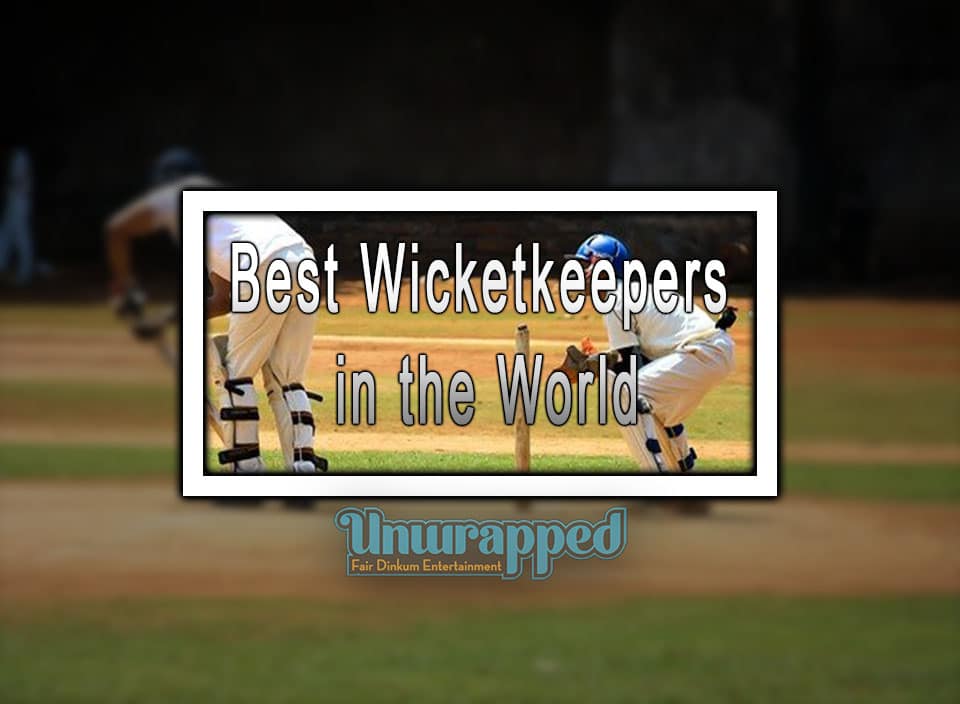 In a game of cricket just like most team sports, every team member has an assigned role to play. Cricket is composed of 11 members in each team with four roles. The captain, which is the highest position, of course, next is the wicketkeeper, bowlers, and the batsmen or batswomen.

What is the Role of a Wicketkeeper?

Who are the Best and Phenomenal Wicketkeepers in History?

In this portion of the article, you will be familiarizing yourselves with some of the best wicketkeepers who made history with their performance in the field. Here is the list of names, brief background, and their achievements:

The Top 10 Wicketkeepers of All Time

The top 10 on the list was claimed by a national team player from West India. He was born in Trinidad on March 13, 1985. He made his debut in the West Indies National Team as a Test Player back in 2005.

Due to his agility and speed, he has become one of the most essential parts of the National West Indies Team. Whether if it is in the domestic games or international, Ramdin has made great contributions for his team to achieve victory and this granted him the title of becoming one of the greatest wicketkeepers from West Indies, with a total of 205 catches and 12 stumps. Besides the fact that he is well-known as one of the greatest wicketkeepers of all time, he is also known as one of the most phenomenal fielders in cricket games. His career as a wicketkeeper soared after his tour in Australia with the West Indies back in October and November in the year 2005.

He had 71 runs in the 7th test. Ramdin scored about 92 runs during the ODIs while he only scored 33 runs in the tests. But even then, Ramdin was still considered to be a contender for captaincy and one of the aces in the squad.

This former Pakistani professional cricketer Moin Khan has wicket-keeping and batting as his fortes. He was the wicketkeeper that brought victory to Pakistan in 1992. Whilst playing for Pakistan’s national cricket team, he was also the team’s captain. Then on February 11, 2014, Moin Khan was appointed as the head coach of the national team of Pakistan.

The phenomenal wicketkeeper is considered one of the greatest Pakistani sportsmen, he became the head coach of “The Quetta Gladiators”, and has been involved with the Pakistan Super League.

Another former wicketkeeper from the West Indies, Jeff Dujon, was born on May 28, 1956, in Kingston, Jamaica. In his 10 years of being a cricketer, he has accumulated 81 tests and has never lost, 411 domestic matches, 169 ODIs, and 169 tests for the United States of America.

According to estimations, he has dismissed about 272 batsmen, took 297 catches, and stumped 5 in the 81 test matches of cricket. Because of his huge amounts of accomplishments, he became known as one of the greatest cricketers in the world.

Also See: What Do Women Cricketers Get Paid?

McCullum was a former international cricketer from Dunedin, New Zealand, who was born on September 27, 1981. He was a right-arm bowler and a right-handed batsman as well.

Because of his excellent skills in cricket, in wicketkeeping, he earned a total of 168 catches and 11 stumps and is known for being one of the hard-hitters in the history of cricket.

He was the fastest scorer in a test match with a total of 54 balls. Against India, McCullum scored a whopping 302 runs, making him the first New Zealander to accomplish that amount of runs. This was also the first time a New Zealander garnered a total of 1000 test runs. He scored a total of 158 against the Royal Challengers Bangalore, which is considered the second-highest score in IPL history.

Haddin, a former Australian cricketer was born on October 23, 1977, in Cowra, New South Wales. Popularly known as one of the greatest batsmen in cricket and when he participated in the ICC Cricket World Cup back in 2015, he brought his country victory.

He set the highest score in the record for the most runs by an Australian cricketer.

Ian Healey became responsible for giving Australia another chance for international cricket. He was deemed to be one of the most popular cricketers in the world until today.

Because of his speed and agility, he garnered a total of 366 catches and 29 stumps.

Because of his phenomenal performance in cricket matches, he received an award called the “Wisden Cricketer of the Year” award in 1994.

Boucher originally hailed from Cape Town, but he played for South Africa for more than two decades. He played as the wicketkeeper and the right-handed batsmen as well. This wicketkeeper garnered more than any other cricketer with his total of 532 catches and 23 stumps. Besides the enormous amounts of achievements, he scored a feast of ODI centuries of all time.

He has the highest dismissals among most cricketers, making South Africa one of the most successful countries to play cricket.

Boucher also became the vice-captain of the South African team but due to a serious injuring he got after a practice match on England back in July 2012, his days of being a cricketer came to an end.

Now for the top 3, the Indian best wicketkeeper, MS Dhoni acquired a total of 256 catches and 38 stumps. He was the fourth Indian cricketer to ever reach 10,000 runs, a gargantuan amount in ODI, following Sachin Tedulkar, Rahul Dravid, and Ganguly. He was also deemed to be one of the greatest finishers in the games of cricket. Added to that, another title is that he is among the greatest captains in cricket, too.

Taking second place in the list is Sri Lankan cricketer, Kumar Sangakkara, who was a former captain in his team. He was a left-handed batsman and a phenomenal wicketkeeper. In his 404 ODIs and test matches of 134, he gained a massive amount of 14,235 and 12,400 runs.

Now, for the last and the top of the podium, Australian cricketer, Adam Gilchrist took the spot for the best wicketkeeper of all time. He was the former captain of the national team in Australia until he retired from his career. Because of his massive amounts of achievements, Australia gave him a spot in the Hall of Fame back in 2012, and another recognition by the International Cricket Council back in 2013, as well.

It’s a wrap! Now that you have learned about the top 10 greatest wicketkeepers of all time, hopefully, this article and the said cricketers inspire you to be the best, good luck!

Also See: Why Is Cricket So Popular?