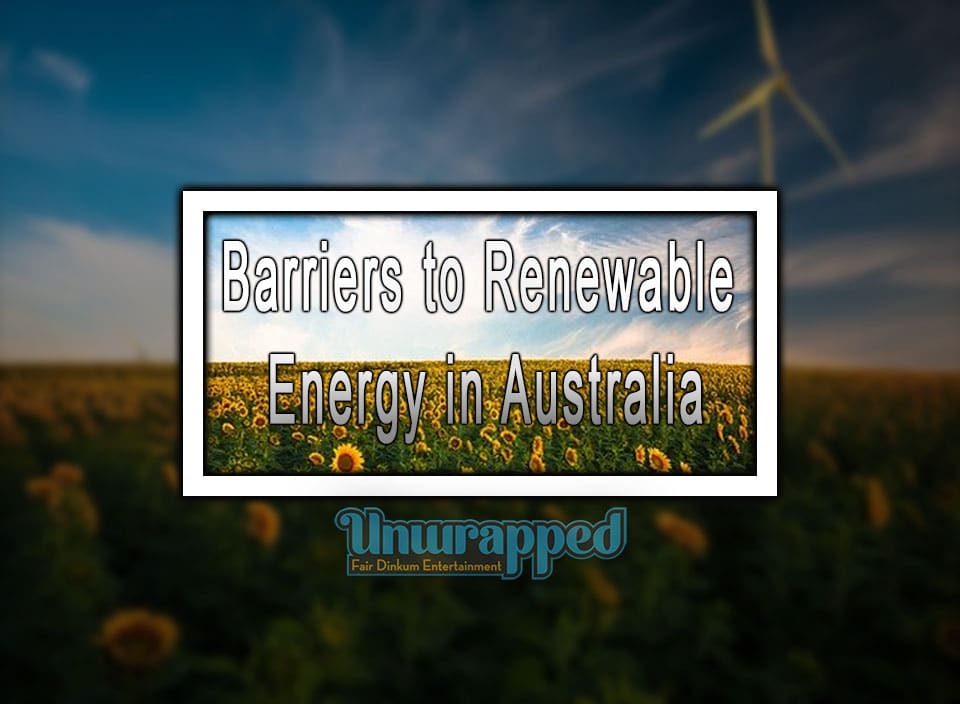 Obstacles to Renewable Energy in Australia

Renewable energy, though substantially embraced in Australia has had its fair share of challenges. These obstacles are still there despite the ability of renewable energy to significantly lower Australia’s carbon emissions and thus prevent the country from bearing the brunt of climate change. More so, these barriers towards clean energy’s progress within Australia are many.

First, the Australian government’s incentives were more for the use of coal than the use of renewable sources. For a long time, coal has been a primary contributor to Carbon (IV) Oxide emissions. Coal and other fossil fuels have accelerated the rate of climate change. This change is set to have some of its worst effects experienced in Australia. Sadly, the government still supports the industry more than it does on clean energy sources. In a study by the Australian Conservation Foundation (ACF), the government’s incentives in the 2010-11 year for coal added up to $12 billion. Climate programs promoting renewable energy, however, received $1 billion. Out of this amount, 10 percent went towards ‘clean coal,’ whose use is not a real climate expenditure in some people’s opinions.

Furthermore, the incentives on coal are consistent, thereby creating a stable investment environment. On the other hand, incentives for climate programs could change from day to day depending on the government’s wants.

Another barrier is the increasing privatization of the energy sector in Australia. This barrier can be seen taking effect in major power generation companies within Australia. Victoria’s State Electricity Commission, for example, was building wind turbines in the 1990’s before its privatization. Once it was privately-owned, the turbine project was ceased completely. Furthermore, a report by the electricity distributor Origin Energy found that Victorian brown plants had partly displaced New South Wales and Southern Australia coal plants that produced cleaner electricity by reducing emissions.

Also, coal companies prefer old coal burning mechanisms instead of newer versions that included wind turbines or gas plants. This is in a bid for them to decrease their respective costs in the production of electricity.

The government also lacks a strict stand on its policies regarding the use of renewable sources of energy in lines with combating climate change. Owing to the government having some policies that can be changed through political influence, both short-term and long-term goals on the implementation of the use of renewable energy sources in Australia vary with political powers in office. Some political affiliations are in line with the coal industry whose stakeholders feel threatened by the development of alternative sources of energy. These stakeholders, therefore, push for more pro-coal government policies. This has been alluded to in many cases, with some people going as far as saying that the Australian government is deliberately slowing down the progress of some renewable energy sectors such as wind energy.

The frequently-changing policies cause private investors willing to improve the renewable energy sector in Australia to be more reluctant in making their investments here. Worse off, they could fail to invest in the area at all, leading to slower progress on the sector’s development.

Addressing these problems would cause the development of renewable energy to be faster and more efficient overall.