The Barcelona Declaration: Is it a Failed Project? 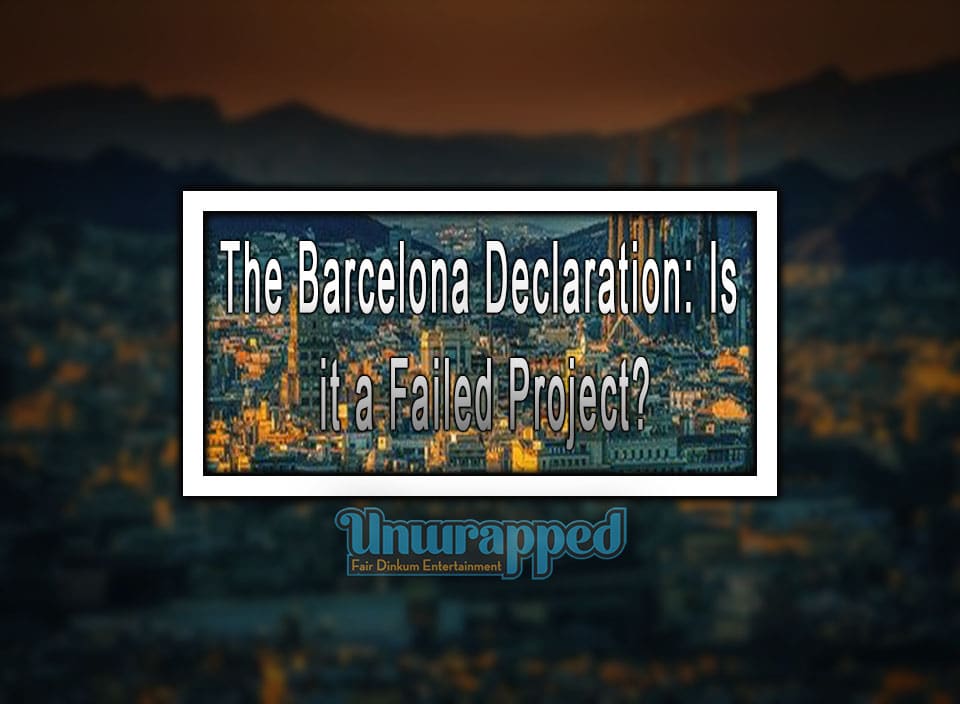 What do you Need To Know About The Barcelona Declaration?

This is what we’ll look at today.

If you didn’t know, the Barcelona Declaration is a 1995 agreement. It’s a 24 year-old political forum, and one with little results.

Originally, it was a forum established between Mediterranean and European countries. And that forum’s goal was co-operation.

It was an attempt to create economic and regional partnerships between Europe and the Mediterranean.

What’s Wrong With Such a Partnership?

Nothing really. A partnership means free trade, a peaceful region – and less conflict.

Only problem is, those goals are too idealistic. And, attempts at co-operation have been fruitless…

It’s a forum which has affected Europe negatively.

Most of what this forum did was mediate political conflicts. Co-operation was almost non-existent, and few parties valued the forum.

This is what we’ll explain below.

The dynamics of the countries involved in providing a little history.

The Middle East isn’t a unified regional entity. Neighboring countries have their conflicts…

The Arab world isn’t fond of Israel – Which is a supposed partner in the Barcelona Declaration.

This forum has mediated Israeli-Arab conflicts. Peace and regional talks were conducted there.

And this has forced European countries into the position of conflict mediators.

It’s a waste of time for Europe.

For starters, Europe stands to gain nothing from constantly mediating peace talks in the economic sense.

The Barcelona declaration aims for economic prosperity – and the breakdown of trade barriers.

And how it occurs if the Mediterranean region is divided? The answer is, it won’t occur.

Europe is involving itself in conflicts that lead nowhere. European countries gain nothing from this forum…

There are no investment opportunities opening up. There are not any chances of exporting to Mediterranean countries.

The easier flow of trade will allow easier travel for business.

Some countries have more to offer in culture and in the level of skillful labor.

Some countries can offer travelers/immigrants who can better assimilate into European countries. And others cannot.

This can lead to an influx of unwanted immigration in European countries. And that influx can “tear into the fabric” of Europe itself.

Every month we hear of major terrorist acts going on in Europe (thank the refugee crisis).

And this is all without “removing travel restrictions.”

Imagine what would happen if the Mediterranean-European borders opened up.

The answer is – not much good.

We’re not saying that cooperation is a bad idea. It is an excellent idea, not in the current situation of the Middle East.

All we’re saying is, it’s bad to cooperate with countries that hold you back.

The Middle East would be in a better situation if cooperation would be good.

European countries should be a little more selective.

Europe should choose to cooperate with countries that have more to offer. It shouldn’t have to play the role of a regional police.

This is financially and socially exhausting. And it leads to resentment on both sides.

Australian Economy How Quickly Will It Recover Post Covid-19

Non-Woke Companies To Work For

What Destination Will You Choose to Travel to During Summer