Australian Property Market in 2015 How Has It Gone? 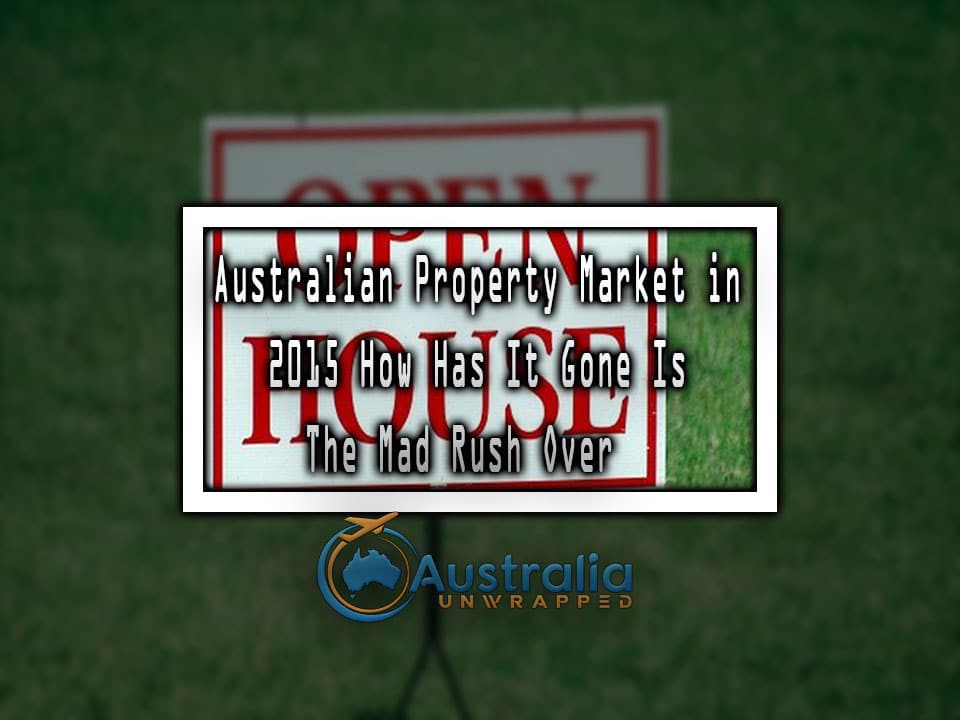 How did we get here? Is The Mad Rush Over?

Ten months ago, an Australian news site news.com.au reported that the property industry was looking good for the year 2015 thanks to forecasts of low interest rates. Fast forward eight months later and you are bound to think them correct as the current surge in property investments has left policy makers thinking of whether restraining measures are in order.

Some few months later after the report was published on their website, it is hard to deny some of the claims that news.com.au made in their report. However, while they may have predicted further cuts in interests’ rates, the housing sector ended up with talks of increases in interest rates and stringent lending criteria.

Ever since the early part of 2015, there has been a mad rush for houses in Australia. The relatively low interests rates and less stringent lending rules that existed at the time meant that people could get mortgages for up to four houses. As impossible as this may sound, there are those who got approved for up to four times on different properties. Amidst cries from economists, who claimed that this property model was not sustainable, smart homeowners were quick to take advantage of the existing regulations to get their own homes. Before policy makers could say no, along came the foreign investors.

The influence of foreign investors in Australian Property

The bubbly nature of the Australian property market was not obvious only to Australians. Foreign investors with a lot of cash to spare also saw the opportunity and they rushed in with their ready cash and bought as many properties as they could. The Chinese were among those to make the most of this advantage.

As the wall street journal reported in an article on its website wsj.com, China overtook the US as the largest foreign investor in real estate in Australia. This was probably influenced by the need for wealthy Chinese to look for a safer place for their money amidst fears that the Chinese economy may suffer further setbacks after the devaluation of the Yuan.

This influx of foreign money from wealthy individuals and companies, as well as a rising international student population, has served to increase the Australian property bubble. This bubble has inevitably led to rising house prices making it almost impossible for locals to be able to afford houses in certain areas.  Signs that there was need for policy makers to step in were pretty obvious.

According to a report by Daily Reckoning Australia , OECD sent out a warning to Australian policy makers against any plans to further reduce interest rates. The OECD fears are based on the possibility of the market experiencing inflation if interest rates where to go below 2%.

As economists and real estate experts alike finally come to a consensus that the property prices in Australia has peaked and can only take a downward turn, the RBA with the APRA put out requirements for banks to adopt more stringent lending criteria. The new lending rules will help regulate the rate at which mortgages are granted. This is seen as a way to manage the surging house prices that has been the trend for many months.

More info: The Australian Economy – How Does It Work?

Must See: Property Investment Versus Investing In The Stock Market