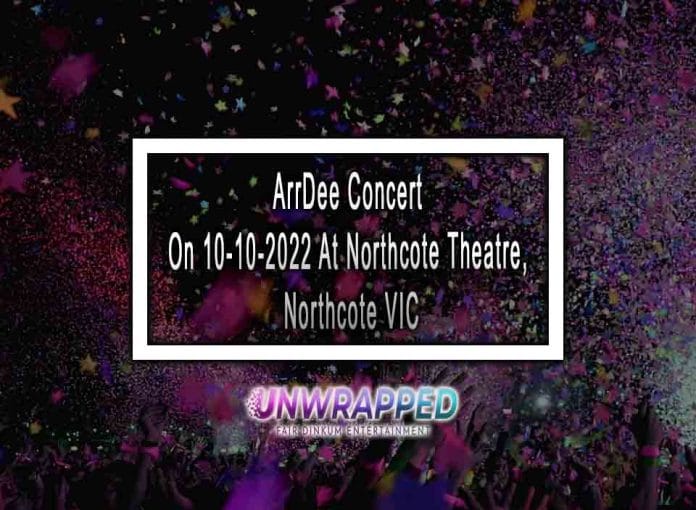 ArrDee, fresh off an unparalleled run of viral success, rocketed to the top of the UK charts within 6 months of his debut album, establishing himself as a fearsome spitter drenched with young charm. Early 2000s rap artists like Eminem, Lil Wayne, and 50 Cent influenced him, and he had significant admirers like Stormzy.

This October, ArrDee will bring his drill-soaked earworms to Australia and New Zealand for a unique series of premiere gigs. He’ll begin the trip in Wellington and Auckland, New Zealand, before moving on to Melbourne, Sydney, Brisbane, and Perth. ArrDee’s meteoric rise is undoubtedly owing partly to his cheeky sense of humor, which he appears to have introduced into the UK rap industry. It, along with his hard-hitting party songs and bass-heavy narrative, has resulted in a winning mix that has earned him millions of admirers worldwide.

Riley Davies, better known by his stage name ArrDee, is a British rapper born on 17 September 2002. Davies was born and reared in the English city of Brighton. Davies rose to fame after appearing on a remix of Russ Millions and Tion Wayne’s song “Body,” which topped the charts in several countries, including the United Kingdom. The track “Oliver Twist,” inspired by Charles Dickens’ novel, peaked at number 6 on the UK Singles Chart. Davies’ third solo song was “Flowers,” which sampled Sweet Female Attitude’s “Flowers” and Destiny’s Child’s “Say My Name.” Pier Pressure, his debut mixtape, was released on 18 March 2022.