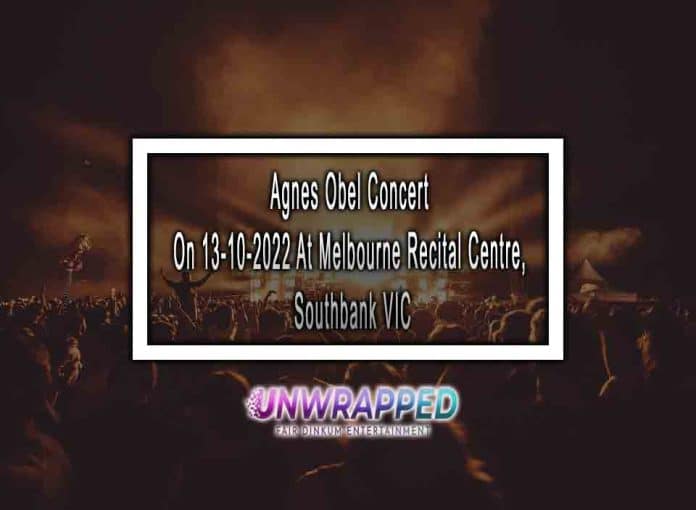 AGNES OBEL, a Berlin-based Danish contemporary composer, singer-songwriter, pianist, and producer, has announced that she will visit Australia in October as part of a lengthy tour that will begin in Berlin in June and conclude at the famed Paris Philharmonic in October. The year 2022 is potentially shaping up to be exciting and hectic for Obel as she returns to the road after a two-year hiatus due to the pandemic, which cut short her 2020 European tour. Agnes Obel and her delicate and ornate sound are ready to present a stunning live performance to venues around the country this October, backed by her cello and percussion ensemble.

To reserve accessible seats, please call the MRC Box Office at (03) 9699 3333 during business hours. Children under 12 months are admitted free of charge if they do not take a seat. Timing: 7:30 p.m. start TBC till the end. *Times are estimates and are subject to change. Agnes Obel’s debut full-length studio album, ‘Philharmonics,’ was released in 2010 and received numerous honors at the Danish Music Awards, including Best Debut Artist and Best Album.

Agnes Caroline Thaarup Obel (born October 28, 1980) is a Berlin-based Danish singer, songwriter, and musician. Philharmonics (2010), her debut album, was published by PIAS Recordings and was certified gold by the Belgian Entertainment Association (BEA) in June 2011 after selling 10,000 copies. Obel received five awards at the Danish Music Awards in November 2011, including Best Album and Best Debut Artist. Aventine (2013), her second album, garnered excellent reviews and reached the top 40 in nine countries.

Obel’s third album, Citizen of Glass (2016), was critically acclaimed and won the IMPALA Album of the Year Award in 2016. Late Night Tales: Agnes Obel, a compilation CD she created and performed for the Late Night Tales series, was released in 2018. Nina Simone, Henry Mancini, Ray Davies, Michelle Gurevich, Can, and Yello are the artists included. Myopia, her fourth studio album, was released in February 2020.