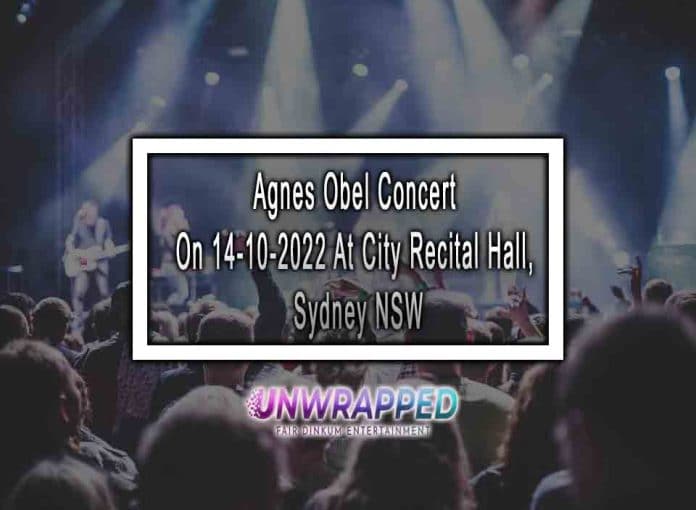 AGNES OBEL, a Berlin-based Danish contemporary composer, singer-songwriter, pianist, and producer, will visit Australia and New Zealand in October as part of an extensive tour that kicks off in June in Berlin and concludes at the famed Paris Philharmonic. This October, Agnes Obel will be touring the United States with a cellist and percussionist band, bringing her delicate and baroque music to a wide audience. 2022 is shaping up to be exciting and hectic for Obel as she returns to the road after a two-year hiatus due to the pandemic, which cut short her 2020 European tour.

Philharmonics, Agnes Obel’s debut full-length studio album, was released in 2010 and received numerous prizes at the Danish Music Awards, including Best Debut Artist and Best Album. The record has been certified 6 times platinum in her home Denmark, as well as platinum in both Belgium and France and gold in the Netherlands. After the success of Philharmonics, she released two more full-length studio albums, both of which were critically and commercially acclaimed. Both albums were accompanied by significant tours worldwide, including in the UK, Europe, and the United States. Citizen Of Glass earned the award for Impala Music’s European Independent Album of the Year.

Agnes Caroline Thaarup Obel (born 28 Oct 1980) is a Berlin-based Danish singer, songwriter, and musician. In June 2011, after selling 10,000 copies, the Belgian Entertainment Association (BEA) certified her debut album, Philharmonics (2010), gold. Aventine (2013), her second album, garnered excellent reviews and reached the top 40 in nine countries. Obel took up five awards at the 2011 Danish Music Awards, including Album of the Year and Breakthrough Artist of the Year.

Agnes Caroline Thaarup Obel, the oldest of two siblings, was born on 28 Oct 1980, in Gentofte, Copenhagen. Her younger brother, Holger, and she grew raised in an unusual household with a father who just had three children from a previous marriage. He was fascinated by odd artifacts and gadgets. Katja Obel, her mother, was a lawyer and pianist who used to perform Bartók and Chopin on piano at home. Obel began playing the piano at an early age. Jan Johansson’s art served as an influence on her as a kid. Johansson’s songs, which are jazzy renditions of European folk tunes, have had a significant musical effect on her.