Aboriginal Versus Indigenous: What is The Difference? 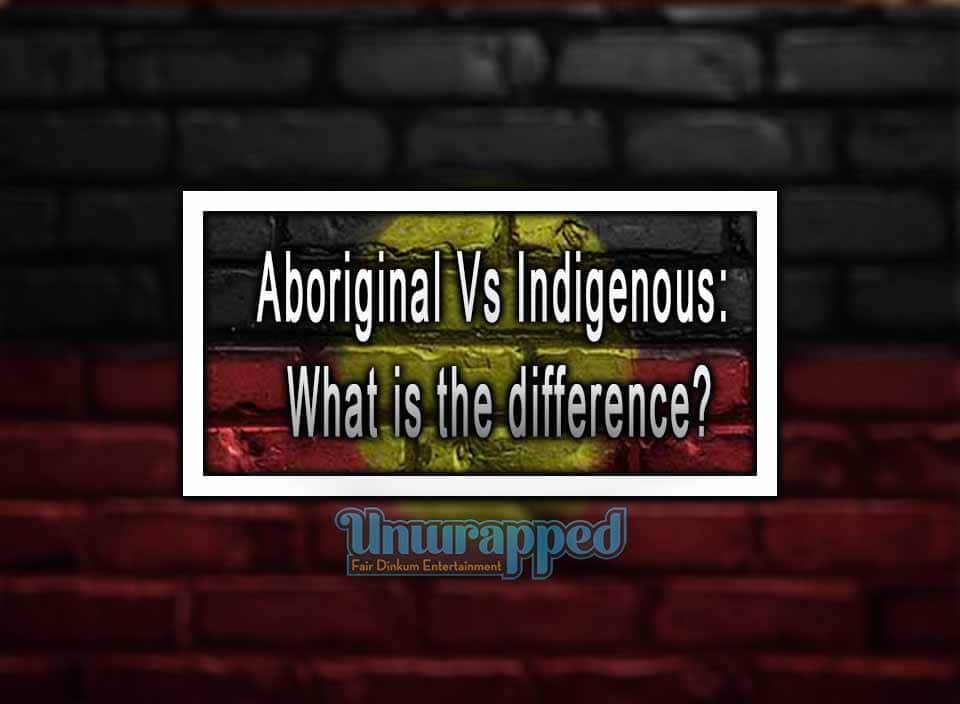 By definition, Aboriginal and Indigenous refer to first people, fourth world cultures, natives, or people who haven’t got a hold of what modern society is. These two terms mostly mean the same, but as time goes by, the words begin to develop their meaning based on some criteria. As language evolved and political conditions advance, these synonymous terms acquired their meanings and norms.

Difference between Aboriginal and Indigenous.

When used as an adjective, the word “indigenous” and “aboriginal” does not differ much in meaning. Aboriginal and indigenous relate to people originating in a particular place or area. What makes “indigenous different is that it is well studied and deliberated as a politically right word in referring to natives.

Many subsidiary organizations of the United Nations and the United Nations itself prefer the use of indigenous over the aboriginal base on the list of criteria that clearly shows any intents of oppression or discrimination. The word aboriginal is believed to be offensive because of its connotation with colonization.

The term indigenous has a broad scope since it does not only refers to a group of people. It can also apply to other entities like animals, plants, and continental formation in a particular area or region. By Ecology definition, a genus is said to be indigenous if its existence is a consequence of the natural process, not human-made.

Technically speaking, an “indigenous people” are sovereign from any influence of a nation or state governance. They maintained their language and culture making them distinguished from other societies of the country or state. The famous examples of indigenous communities include Aeta from the Philippines, Papua New Guinea’s Huli, Sumi from Norway, Guam’s Chamorros, and Kayapo from Brazil.

Just as mentioned above, “aboriginal” has gained a negative connotation politically because of its historical connection with colonialism. At present, the term aborigine is extensively used when referring to the indigenous people from Australia. They are put in one classification, yet these groups of people differ in culture and local language. Some of the famous Aboriginal Australians include Yamatji, Murri, Koori, Tiwi, and Nunga.

The term aborigines and indigenous in Australia is both use when referring to natives. When in Australia, you will most likely make friends to their indigenous community if you say “Aboriginal person” or “Torres Strait Islander.” If not, you can always call them by their tribe name or clan. If you refer to both the Torres Straits Islander and Aboriginal, it is best to regard them as “indigenous people” or “indigenous Australian.”

The history of indigenous Australian comes a long way. Way before the colonization by the European in 1788, they have lived a harmonious life anchoring their belief in an “animist belief system.” They expressed their views and culture through stories, dance, painting, and songs. They are expert hunters, and they moved a lot as season changes, but they always return to their permanent homes where they cultivate their crops.

They are considered the keepers of the oldest culture that has existed in the world. Their traditions across different communities, yet each one has its rare mixtures of cultures, languages, and customs. There exist over 250 indigenous nations; each one has several clans. One popular community is the Torres Strait Islander who lived with their own unique culture.

When European colonization started in the land, it brought significant damage to the indigenous community of Australia. By 1900 their numbers fell by 87.6% as British settlers drive them out of their properties. Many died too from the killer disease brought by the British colonists in their land. Those who survived were forced to embrace the British customs and forsake their own culture.

It is because of this colonization history that the term aboriginal carries a negative effect on the world. In essence, both terms are synonymous in meaning, and it only differs in the perception of the people. Some communities may be offended when referred to as aborigines and preferred to be called indigenous communities instead.

The term “aboriginal” connotes racial discrimination, and even now, it is still happening in Australia and perhaps even in some other parts of the world. Since 1976, racial discrimination in Australia is prohibited or illegal, yet it has not protected indigenous communities. Their situation is still worse than before in terms of education, employment, and health. Many are suffering from poverty, and involve in serious crime. Up to this date, the indigenous community of Australia faces discrimination, and they continue to rally for their fundamental rights.

When to Use the Term Indigenous or Aboriginal?

The best way to do is to make your research on the community you are working with and check what term they are using. Like for example, in Canada, they prefer to use indigenous rather than aboriginal. Others even use First Nation, and others want to be called by their Clan name. Using the terms that they most preferred is by way of showing your respect to their community or clan.

Using the term aboriginal or indigenous doesn’t matter much, as long as you are using it at the right place, people, and time. Aborigines might connote oppression, but there are still people like the Aboriginals of Australia or the Torres Strait Islander who still prefer to be called Aboriginals because they feel distinct and unique in every way.

One thing is vital, every name has its history. Every people, community, or group’s history is closely related to its name; thus, it is right to call them to one they can refer to and feel most respected.

How To Give Her An Orgasm of a Lifetime

RAW vs ISI – Which Agency is Best ?