A Great Big World: Top 5 Songs of All Time Ranked 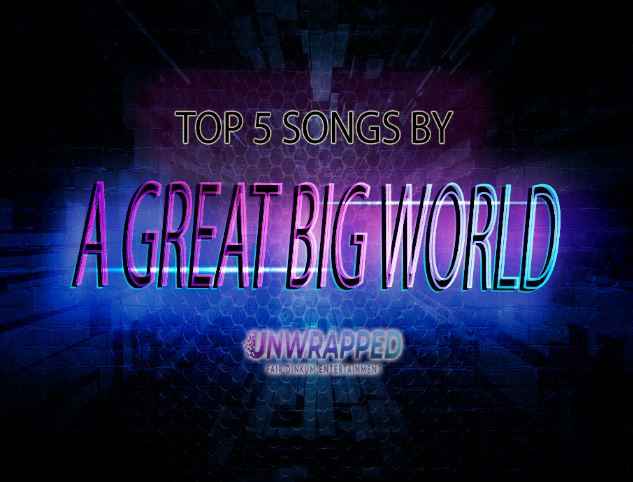 We know how excited you are to be swept away by music through A Great Big World‘s Top 5 Tracks. Australian Unwrapped would like to give you first a glimpse of the life of the artist. Enjoy reading and listening!

All about A Great Big World

Who are A Great Big World: Singer/songwriters Ian Axel and Chad King composed the American musical duo A Great Big World. They were known in the music industry for their chart-topping single “This Is The New Year” as it reached the Billboard Mainstream Top 40 chart in May 2013 while “Say Something”, featuring Christina Aguilera was an international success because it zoomed to Billboard Hot 100 Top 4 spot.

The name of the band came from one of their lyrics, “It’s a great big world, and there’s no need to cry” from the song Cheer Up.
Before they formed the band, Ian was a solo artist and Chad was his manager.
Ian started making music at the tender age of three.

We freaking love music here at Unwrapped, and we adore A Great Big World. In our humble opinion, here are the BEST FIVE SONGS by the legendary A Great Big World (most liked, listened and downloaded songs) across the web!!!

Hold Each Other (feat. Futuristic)

A Great Big World : A Song List Worth Listening

I hope you enjoyed listening to A Great Big World !