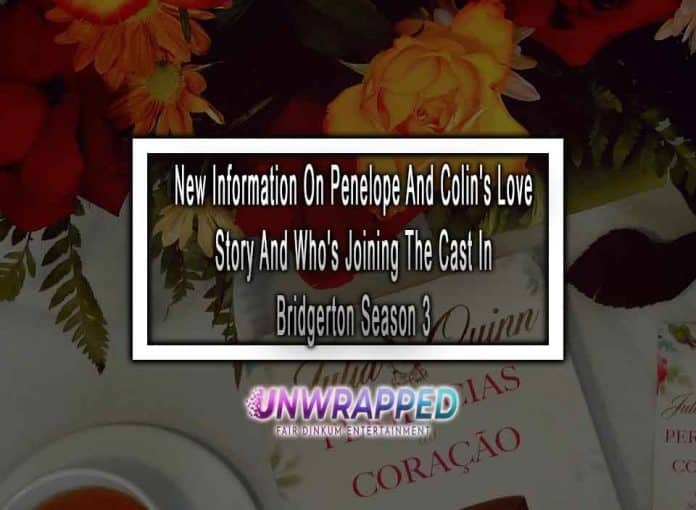 Bridgerton Enthusiasts, We Have A Brand-New Letter From Lady Whistledown That Is Jam-Packed With Interesting Details.

The second season’s eight episodes ended with Anthony Bridgerton (Jonathan Bailey) and Kate rejoicing (Simone Ashley). For his sister, Eloise (Claudia Jessie), however, things turned out to be a bit more dramatic when she discovered that her closest friend Penelope Featherington (Nicola Coughlan) is the author of the obscene Lady Whistledown gossip magazine. Although we’ll have to wait until the fifth season — by the timeline of Julia Quinn’s novels on which the Shonda Rhimes-produced series is based — to see Eloise find love, the breakup of her secret friendship with printing assistant Theo (Calam Lynch) is nonetheless a terrible blow.

While Penelope yearned for Colin Bridgerton (Luke Newton), the malevolent Lady Portia Featherington (Polly Walker) was hatching more nefarious intentions against the Featherington family. And it’s said that Colin won’t appear in the limelight of “Bridgerton” until Season 4.

Also, See: Bridgerton Fans Are Freaking Out Over the First Glimpse of Kate and Anthony in Season 3

The streaming service revealed on Wednesday that the Netflix hit’s third season is already in total production. The synopsis for the third season offers further insight into what will happen to Penelope and Colin after she overheard Colin criticize her in season two. Penelope has “decided it’s time to find a marriage, preferably one who would afford her enough independence to live her secret life as Lady Whistledown, far away from her mother and sisters,” according to the description, because she is bored of Colin. Penelope’s attempts in the marriage market go horribly because she lacks confidence.

The blurb adds, “Colin has returned from his summer travels with a new appearance and a serious sense of swagger.” But he’s disappointed to learn that Penelope, who has always accepted him for who he is, is shunning him. Colin promises to teach Penelope confidence-building techniques to win back her friendship this season. Colin must decide whether his emotions for Penelope are merely friendly as his lessons begin to go a bit too smoothly.

In addition, Eloise, Penelope’s ex-best friend, “has found a new buddy in a most unusual place” (hmm…), and “Penelope’s rising prominence in the ton makes it all the more difficult to maintain her Lady Whistledown alter persona a secret.” Season 3’s showrunner will be Jess Brownell, replacing series creator Chris Van Dusen. Shonda Rhimes and Van Dusen will continue to serve as executive producers.

For Season 3, Bridgerton has also added three new cast members, all of whom sound like potential husband material for Penelope: ‘A charming gentleman with odd tastes,’ Lord Debling, played by Sam Phillips (The Crown), will ‘have no shortage of interest from young women this season,’ The flamboyant Marcus Anderson, played by Daniel Francis (Once Upon a Time), who draws the admiration of certain matriarchs and “the ire of others,” and Harry Dankworth, played by James Phoon, who makes up for Marcus Anderson’s shortcomings.

Stay Connected
52,640FansLike
5,673FollowersFollow
828FollowersFollow
Previous articleA Menswear Show Called The Bear, Check It Out Right Now!
Next articleHow To Know If Your Boyfriend Is Cheating