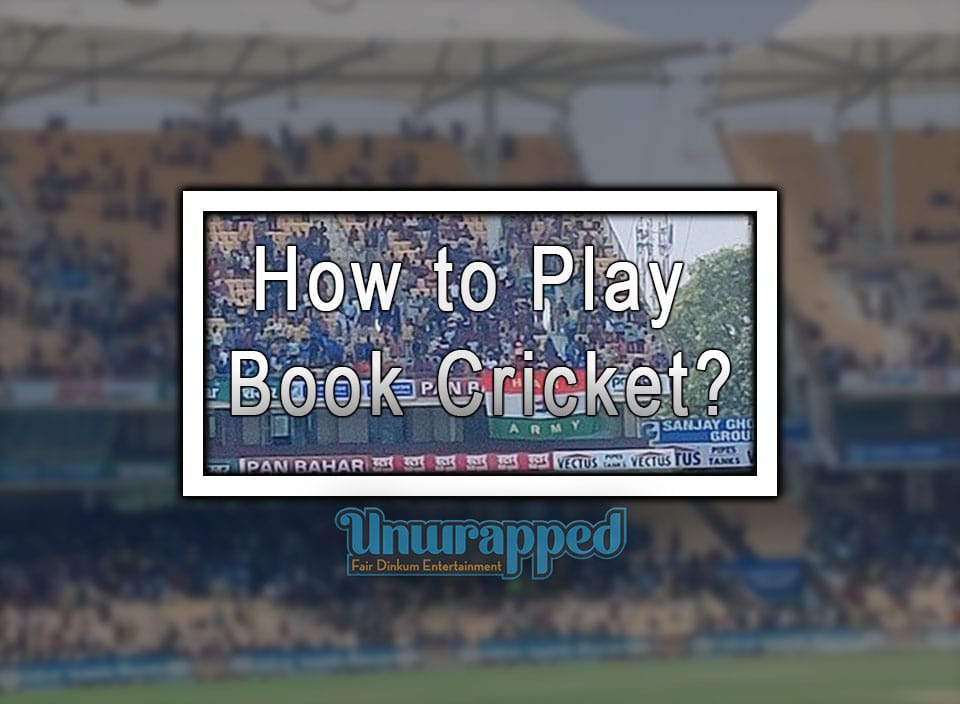 What is Book Cricket and How to Ace it?

Cricket is quite a peculiar game amongst all the other sports in the world. It is the second most loved sport in the world, following soccer as it has attracted a bountiful of fans over the years. Even in the psychological aspect, cricket is regarded as unique as it affects the way you think and act to deliver results. While the game is played in teams, it is virtually wholly reliant on individual performance because about 90% don’t participate in the sport, physically.

Cricket is a sport that takes one’s time, opportunity, frequent risk of disaster, and possesses the ability to cause despair to its participant. All these attributes make cricket an unmatched sport, with over a century of existence. The game requires one to survive every delivery driven at almost a hundred miles per hour. This is only possible if the player is involved both physically and mentally (as it takes a clear mindset to partake in the game).

As complex as cricket is, many people would like to take part in the sport. However, not everyone was built for the pitch. With this reason in mind, book cricket emerged. This game ensures that the players participate in the sport, away from the pitch, but produce similar results with a more exciting experience. In this article, we discuss book cricket and everything that the sport entails. Read on to find out more.

What is Book Cricket?

While the cricket sport is played in the outdoors, on the pitch, book cricket is an indoor game. It is similar to the conventional version of the sport but it applies various rules that make the game enjoyable. An indoor game without special guidelines makes it chaotic and disorganized. Luckily today, we can take you through the steps and everything that the game entails to make you well-accustomed to it.

How is Book Cricket Played?

As mentioned, book cricket is the replication of the cricket game played in the outdoors just that this one is played indoors. Since it’s similar to traditional cricket, book cricket presents the same excitement you get from the outdoor sport.

Most Asian countries enjoy watching cricket and would wish to be part of the excitement. However, playing physically is usually limited to talent, experience, and strategy in cricket. That is where book cricket comes in. It is mainly popular among Asians and some cricket-playing countries as a pastime and brain-challenging indoor sport. Here, you have the freedom to select the number of players, unlike the outdoor one. What’s more, to play book cricket, you don’t necessarily require as much paraphernalia as they are needed for conventional cricket. This makes the game simple and easily playable by the parties interested in the sport.

The Must-haves of Book Cricket

The Guidelines to Book Cricket

Every game requires rules to be successful and both parties to feel at ease. Book cricket is no different. Here are the rules of the game that you need to adhere to so that your game is more enjoyable than it is competitive.

How to Play Book Cricket

Playing book cricket is as easy as it sounds because it is not confined to a particular structure, making it possible to play with as many players as possible.

While the book is opened, take a look at the even number on the page and focus on the last digit. For instance, if one opens page 206, the last digit there is 6, making it the score. This means that the possible scores start from 0, 2, 4, 6, and 8.

Only 2, 4, and 6 scores are included in the score of the batsman. 8 will is a dot ball or counted as no-ball and said to be a single as it is usually decided at the start of the game when choosing the batsman. When you get a 0 score, as a player, you are out. The game continues whereby other players also open the book and the cycle goes on. Here, you ensure to take note of the score at all times. The innings continues until all players are out.

Once all the innings are noted and all the players are out, it is time to count the total runs of every player on the team. The team having the most runs emerges the winner.

Book cricket is a simple game that helps people connect and have a thrilling experience. If you can’t get into the pitch, you can find solace in book cricket.

Also See: How Many Innings in Cricket?

Stay Connected
41,936FansLike
5,684FollowersFollow
816FollowersFollow
Previous article
How to Oil a Cricket Bat?
Next article
What is Wasp in Cricket?