5 Best Movies To Watch If You Loved The Breakfast Club 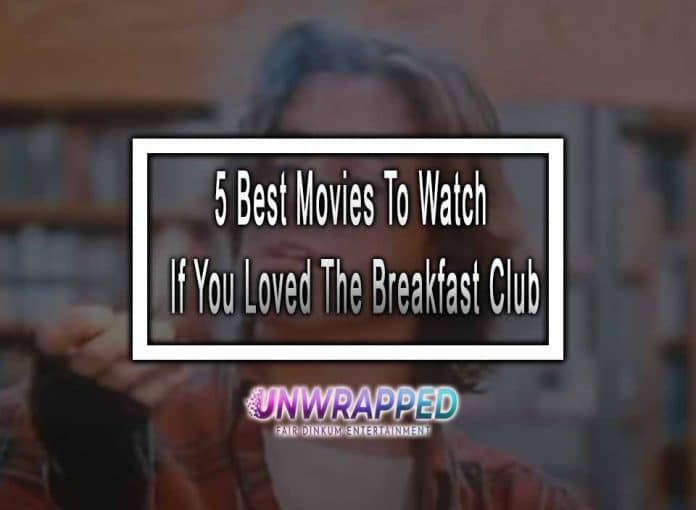 In this movie, a young sophomore in her critical years in school begins to grow out of her own. She is 16 years old in Sixteen Candles, but she struggles with her parents missing her birthday, her sister’s marriage, and her impossible infatuation with Jake Ryan. Molly Ringwald, Anthony Michael Hall, and Michael Schoeffling feature in the picture. Another of John Hughes’ finest teen comedies is Sixteen Candles. The film is relevant since it focuses on the sufferings of high school structure and family obligations, similar to movies like the Breakfast Club. It is indeed a fantastic movie as both films star Molly Ringwald and Anthony Michael Hall, which makes them excellent accompaniment works.

It is a funny romantic comedy that will make you laugh and enjoy the movie. She’s all that movie begins with Freddie Prinze Jr. and Rachael Leigh Cook as Laney Boggs and Zack Silver. In the film, Zack bet that he will make Laney her prom queen. Zack only wants to make his ex-girlfriend jealous, so he makes her prom queen. But after the prom, Zack starts to develop a feeling for Laney. It is a fun movie to watch. Its comedic elements and use of colour contributed to the enjoyable narrative. You will love this movie if you are a fan of the breakfast club movie.

Never been kissed before is a movie about a girl Josie Geller. She graduated from the school and is trying to do things differently. In Never Been Kissed, Drew Barrymore plays Josie Geller, a woman yearning for her first kiss, one of her most memorable portrayals. Jocks, cruel girls, misfits, and weird abound in the picture, riddled with the standard high school hierarchy stereotypes. It is a fun and fantastic movie about high school kids. Never been kissed before will take you back to your high school days as you will watch it.

In the movies, Ronald Miller and Cindy Mancini play the role of girlfriend and boyfriend. Ronald Miller made Cindy Mancini her girlfriend to get famous. But after some time, she realized that being famous is not everything. It is similar to a movie like the breakfast club as it also has the same high school drama. You can’t buy me; love is a funny romantic movie; it includes high school and teenage drama.

Adventures in babysitting are full of comedy, escapades, and romance. It is a fantastic movie that you should watch. The film focuses on teen drama with action sequences that provide a humorous twist to the teen comedy genre. It shows the teenager’s drama with a highhearted hummer. It is just like the breakfast in the club. You will love it.

Also, See This: 5 Movies Like The Long Good Friday to Watch