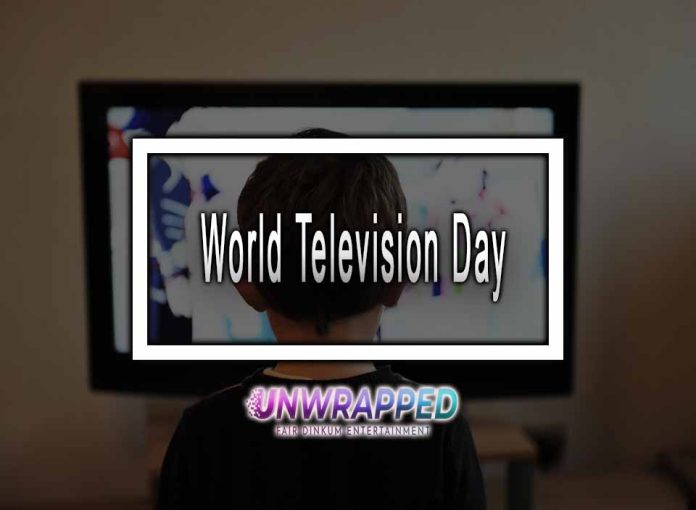 World Television Day is celebrated every year on 21 November. Those who grew up in Western nations have grown accustomed to the presence of the television in the living room, where it entertains us with brilliant colours and noises or provides us with the knowledge we want. Since its invention in the late 1800s and early 1900s by various people, including John Logie Baird, television has had a profound impact on our lives. A new degree of access to knowledge and enjoyment had previously only been imagined, thanks to the introduction of moving images into the homes of the average person for the first time.

This new technology brought forth so many social and political shifts that it was decided to honour the medium worldwide. In the mid-1990s, the United Nations hosted the inaugural World Television Forum, giving birth to World Television Day. The symposium brought together top media personalities to discuss the rising influence of television on global decision-making and public opinion on peace and security.

The first electrical television was created in 1927 by Philo Taylor Farnsworth, a 21-year-old inventor from Massachusetts. Until he was 14, he was without running water or electricity in his house. In high school, he considered a system that could record moving images, convert them to a code, and then transmit those images to other devices using radio waves. His construction, which used an electron beam to capture moving pictures, was light years ahead of mechanical television technology. So when a colleague inventor inquired, “When are we going to see any bucks from this thing?” Farnsworth famously transmitted the picture of a dollar sign using his television. They had no idea that television would become the symbol of a global day to promote information exchange.

The inaugural World Television Forum was conducted on November 21 and 22, 1996, by the United Nations. Leaders from the media gathered here to discuss the growing importance of television in a rapidly changing world and assess how they can improve their mutual collaboration.

Leaders of the United Nations have recognised that television may attract attention to conflicts, raise awareness of dangers to peace and security, and sharpen emphasis on social and economic concerns. Moreover, television was widely regarded as a powerful instrument for informing, influencing, and directing public opinion. The UN declared 21 November as “World Television Day” in response to this occurrence, not to honour the television set per se but as a modern emblem of communication and globalisation.

People in the USA spend an average of 3.5 hours a day watching television. We rely on television to keep us entertained and informed, whether with news, sports, concerts, or movies. Television as a form of entertainment isn’t just exclusive to the United States. Do you know? An estimated 610 million people throughout the world watch the show. A day dedicated to its more significant aims makes us feel better about savouring a few hours of television at night.

Traditional definitions of television refer to the equipment in your living room that receives radio waves and outputs images to a television set. That era is now a possible thing of the past. Now, any technology that sends sound and images to a screen is considered a television. Even if you have a flat-screen TV in your living room, you can still use the term “screen.” When it comes to programmes, they’re open for business! Thanks to its numerous advancements, TV is a staple of our culture for both pleasure and knowledge.

Look up your favourite television show, news programme, or network on social media to see what other people are saying about it. Talking about what you’ve seen on TV with your friends is a great way to bond over a shared interest. So whether you’re interested in the latest episode of The Walking Dead or an interview with the president on Face the Nation, there’s a huge online community with whom you can share your thoughts. Love and excitement may be found on television. On social media, write about your favourite television moment, whether it occurred last week or two decades ago.

TV dinner parties are a great way to spend quality time with friends and family while watching your favourite show, whether it’s a game based on one of your favourite television shows, like Loony Tunes or Monopoly, or a board game like Yu-Gi-Oh! Does a good TV binge get in the way of your productivity? Imagine how happy you must be today! Put on your comfiest sweatpants, grab some popcorn, and binge-watch your favourite show for hours. If you’re feeling guilty about spending time doing something you enjoy, remember that you’re supporting the values of the United Nations.

How many potential TV households are in the world today?

There are over 1.67 million TV households in the world.

International Dance Day Around the World in 2023