World Soil Day 2022 Theme and How to Celebrate 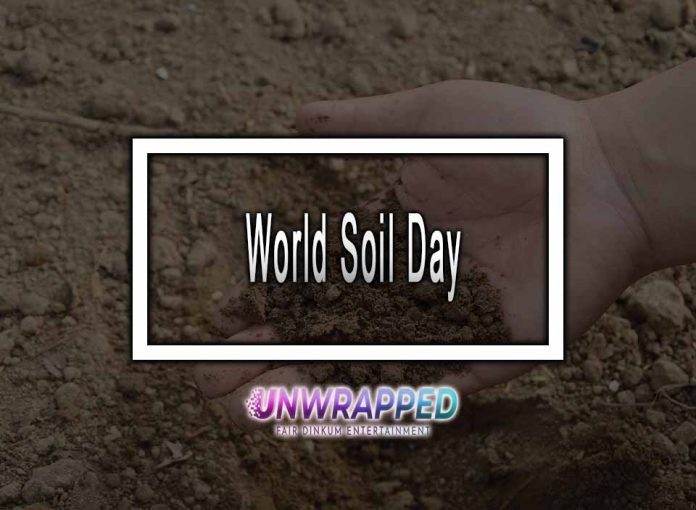 World Soil Day is celebrated every year on 5 December. World Soil Day is an annual event that individuals can be excused for not participating in or even knowing about. The sticky brown gunk that gets trampled all over your expensive cream carpets is, in fact, dirt. Unfortunately, the lack of knowledge about soil’s value and the extent to which people take advantage of everything it offers has resulted in a significant decline in soil quality across the world.

These are the issues that World Soil Day tries to address, as there are few things more critical to the survival of people, the planet’s only occupants, than the land itself. One of the most critical aspects of the ecosystem in the soil. Soil is an essential aspect of human existence, providing food, water, and energy and helping to mitigate the effects of potential climate change. World Soil Day should be acknowledged by the general public and scientists who care about the future of our planet for all of these reasons.

Soil is the source of all life. Potentially being a source of food and medicine, it also serves as a water filter. Soil is something that the majority of us take for granted as if it will always be there. That, however, is not the case. Growing 0.4 inches of soil takes more than a thousand years. The International Union of Soil Sciences proposed in 2002 that a day be set aside to commemorate soil and raise public awareness of its importance. Do you know? King Bhumibol Adulyadej of Thailand spearheaded this campaign. The movement was developed and led by his vision and commitment to conserving this rare and priceless natural resource.

Support for World Soil Day came from the U.S. Food and Agriculture Organization (FAO). The idea was to build a platform to promote awareness of the importance of good soil throughout the world. It was unanimously agreed upon at the FAO Conference in 2013 that The 68th United Nations General Assembly should recognise world Soil Day. The United Nations General Assembly proclaimed 5 December 2014 as World Soil Day for the first time. The Thai government has given its blessing for the event on King Bhumibol Adulyadej’s official birthday. It is a tribute to his memory and admiration for his efforts to make it happen.

Since then, World Soil Day has played an essential role in raising awareness about the need for wise soil management. It’s a day for spreading knowledge and inspiration throughout the world. The focus is on a new subject each year as well. However, appreciating this incredible natural resource, which serves as the source of our sustenance, is just the beginning.

Make a big deal out of World Soil Day by getting the whole family involved. Composting may be a great way to learn about soil’s beautiful qualities, so start with modest projects. In an attempt to raise awareness about how individuals unintentionally harm the environment, it launched the day. It is due to a lack of knowledge, which may be combated by educating ourselves and others. By regularly spending time on the soil, you may build a strong relationship with it. Take a family outing to a local community garden. Watch what happens when you sow seeds (both actual and figurative). Reduce the number of flat or paved surfaces on a property, such as roads and patios, to the bare minimum. Soil erosion is exacerbated because the water flowing over these surfaces tends to build velocity, resulting in more significant soil erosion than would otherwise occur.

You may commemorate this day by doing what scientists across the globe need to do: learn new things. Every year, a significant amount of harm is done to the earth. Not out of evil will but because of a lack of knowledge. Many ordinary people don’t know enough about the environment to recognise when they are harming it, sometimes in ways that cannot be remedied.

Planting a rain garden is an easy and rewarding project for the ordinary person. If you’re not familiar with rain gardens, they’re a shallow dip in the ground where rainfall may readily flow. Soil erosion can be reduced by this method. Composting is another beneficial practice for the soil. To remain nutrient-rich, the soil needs access to new minerals, which can be found in dried leaves, dead plant parts, grass clippings, and other sources. Making frequent use of a compost pile in the backyard to add organic matter to the soil and decrease garbage sent to the landfill is an excellent way to help the environment.

Which books depict the importance of soil?

Universal Children’s Day 2022 Theme and How to Celebrate