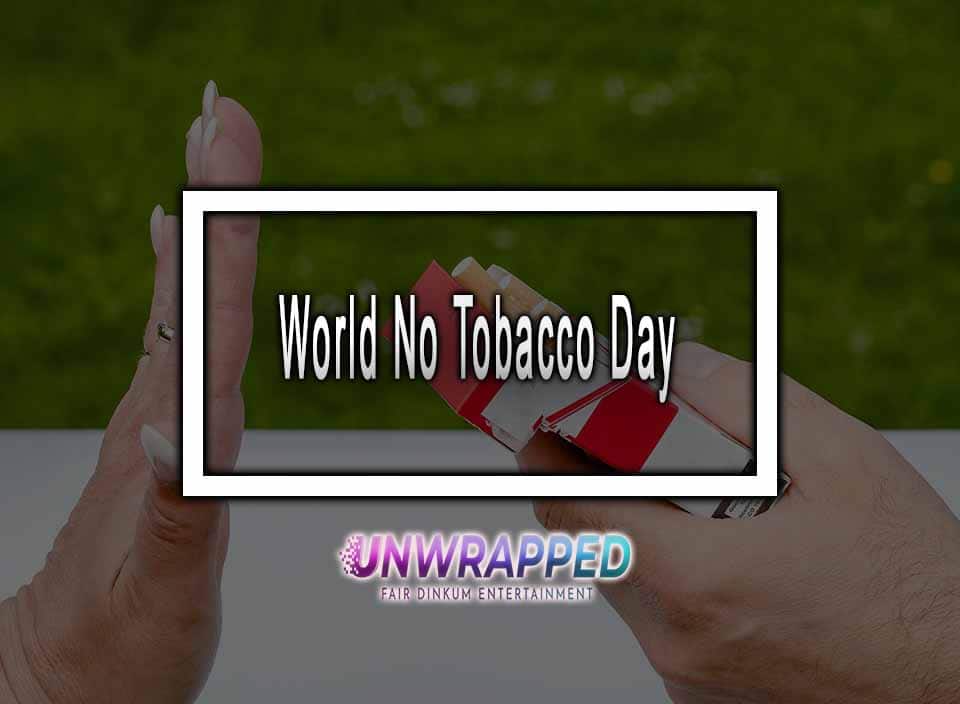 People worldwide celebrate World No Tobacco Day on 31st May. During this annual event, the public is educated on the dangers of tobacco use and tobacco companies’ business practices. What the World Health Organization (WHO) is doing to combat tobacco use, and what individuals around the world can do to assert their right to health and a healthy lifestyle while also safeguarding the health of future generations.

To raise awareness about the worldwide tobacco pandemic and the avoidable deaths and illnesses it causes, WHO member states established World No Tobacco Day in 1987. A secondary goal of the day is to bring awareness to the harmful health consequences and the overall prevalence of tobacco use, which now kills more than 8 million people each year around the globe, including 1.2 million non-smokers exposed to second-hand smoke through passive smoking. Across the world, governments, public health groups, smokers, producers, and the tobacco business have expressed both excitement and skepticism about the day.

The World No Tobacco Day celebration is sponsored by WHO, which encourages groups from small clubs to city councils and national governments to put on events to support their local communities in commemorating the day. Letter-writing campaigns to government officials and local media, marches, public debates, regional and national advertising campaigns, anti-tobacco activist gatherings, educational programming, and public art have all been part of the past events in the movement.

New smoking bans and tobacco control initiatives are often implemented on or around WNTD. So, on 31st May 2008, a component of the Smoke-Free Ontario Act went into force in Canada, prohibiting tobacco “power walls” and displays within retail establishments. In 2013 on this day, all Australian hospitals and government buildings were smoke-free. On this day, the existing and future situation of a country’s tobacco policy is also discussed. Do you know? With 275 million tobacco users in India, the country has one of the highest smoking rates in the world. The Indian government has also established a Tobacco Cessation Helpline to combat the country’s pervasive tobacco use.

Everyone who comes into contact with tobacco is at risk of developing lung disease due to its exposure. A smoker of tobacco dies every four seconds. Unlike conventional cigarettes, newer tobacco products include chemicals that are just as dangerous to your health. Many people die from respiratory disorders, and smoking is a significant risk factor. Tobacco-related respiratory disease claims the lives of millions every year, but what’s more upsetting is the immense misery that these diseases inflict on individuals of all ages and from all corners of the globe.

A cigarette’s burning end emits second-hand smoke, typically combined with the smoke exhaled by the cigarette smoker. Lung cancer, tuberculosis (TB), and asthma are linked to smoking and second-hand smoke exposure. Inflammation and recurring episodes of shortness of breath and wheezing are hallmarks of asthma, a long-term condition affecting the lungs’ airways.

Asthma affects 235 million people worldwide. Asthma can be brought on or made worse by inhaling smoke from a cigarette. Tobacco smoking reduces the range of activities that persons with asthma may engage in, makes it more challenging to work, and increases the likelihood of developing a severe case of asthma that necessitates hospitalization. Tobacco smoking is responsible for one in nine deaths from asthma. Patients with asthma can better manage their condition if they quit smoking.

How many people die due to Tobacco consumption?

More than 8 Million People die due to Tobacco consumption every year.