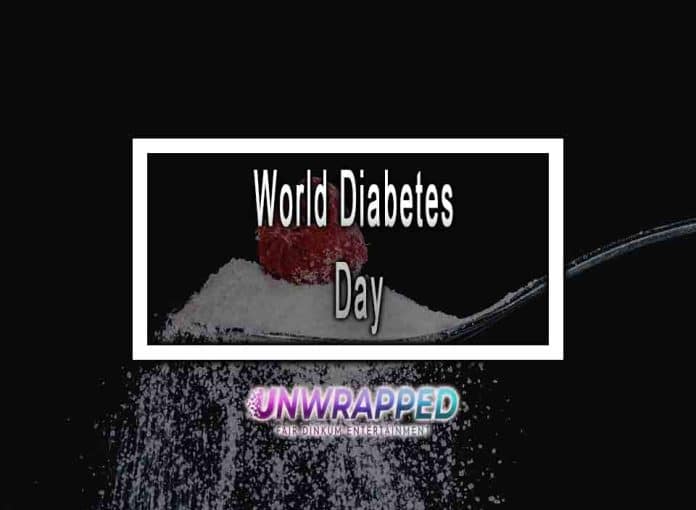 What is National Diabetes Day?

World Diabetes Day is celebrated every year on 14 November. Type-2 diabetes is a preventable and curable non-communicable illness that is quickly rising in numbers throughout the world, so the International Diabetes Federation (IDF) organises World Diabetes Day each year. While you cannot cure type 1 diabetes, insulin injections can control it.

World Diabetes Day has been a wide range of discussions on diabetes, including human rights, lifestyle, obesity, and diabetes in children and adolescents. However, when it comes to campaigns, the day of Frederick Banting’s birthday is the most important one. He and Charles Best and John Macleod came up with the concept that led to insulin’s discovery in 1922.

Around 1550 BC, diabetes is said to have been discovered. In 1922, scientists successfully learned how to extract and inject insulin into people. As a result, our knowledge of diabetes is relatively young due to its lengthy and laborious history. Type two and type one were first differentiated in the medical literature about 1850 when experts in the field decided that their differences were significant enough to merit their subcategories.

Since then, the number of people living with type II diabetes has risen by 90 per cent, totalling an estimated 425 million people globally. One of the primary goals of the WHO and IDF in establishing World Diabetes Day was to raise potential public awareness about the dangers of diabetes and the steps that you may take to avoid it. It’s a time-consuming and expensive task to monitor daily blood sugar since the worldwide economic cost of diabetes is around $727 billion (USD). It costs roughly a third of that in the United States alone, at $245 billion.

Because of this, we should raise awareness of diabetes and honour the man who made it possible for us to use insulin as a therapy for it today. On 14 April 2016, the International Diabetes Federation (IDF) announced that more than 230 IDF member associations in potential 160 countries and territories commemorate World Diabetes Day. These organisations and individuals were joined by other businesses, companies, health care professionals, politicians, famous people and people living with diabetes. Diabetes screening programmes, radio and television advertisements, sporting events, and more are part of the program’s outreach efforts.

The blue circle emblem is recognised worldwide as a symbol of the disease. If you want to raise awareness about diabetes, wear a t-shirt, necklace, or bracelet with the World Diabetes Day emblem, or make one of your own. A diabetes fair might be held at your workplace or community if you collaborate with the local health department. Spread the word about avoiding developing type II diabetes and how to keep healthy by offering diabetes testing and disseminating educational materials.

Excessive urination, thirst, persistent hunger, weight loss, visual abnormalities, and weariness are just a few of the signs and symptoms of diabetes. The risk of developing type II diabetes is also considerably increased in those who are overweight or obese. Unfortunately, according to estimates, one in every two people with diabetes remains undiagnosed. Remind yourself to get checked for diabetes on World Diabetes Day. Diabetes diagnosis increased by approximately 380 per cent over 25 years (from 1988 to 2013). The World Health Organization projects that diabetes will be the fifth most significant cause of death worldwide by 2030 if these diagnoses are not corrected. You must set up an entire day to address this issue.

The celebration of World Diabetes Day acts as a timely wake-up call to improve our overall well-being. Healthy eating, regular exercise, and potential weight control are effective ways to reduce the risk of developing type II diabetes. In addition, type II diabetes is made worse by smoking, so it’s best to stay away from it. Both Type II and Type I diabetes pose a significant danger to the general population’s health. About 1.25 million Americans have type I diabetes, but researchers don’t know what caused it. Type II diabetes has serious health consequences. For those with diabetes, World Diabetes Day acts as a reminder to be aware of the disease’s symptoms and seek treatment.

How many potential people are diagnosed with diabetes every year?

Over 1.4 Million people are diagnosed every year with diabetes.

How To Retain The Peace At Home