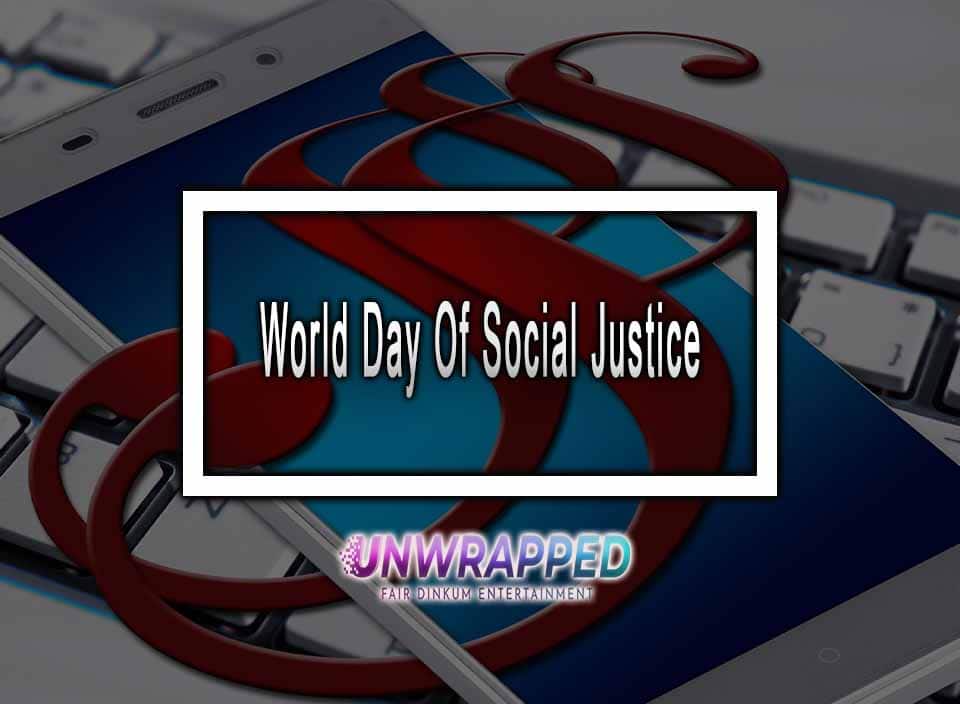 World Day of Social Justice is celebrated on 20th February every year. World Day of Social Justice is an international day that recognizes the importance of promoting social justice by addressing poverty, marginalization, gender inequality, unemployment, human rights, and social safeguards. Many organizations like United Nations, the American Library Association (ALA), and the International Labour Organization (ILO) have issued declarations emphasizing the significance of social justice for individuals. Many groups also submit proposals to address poverty, social and economic marginalization, and unemployment to achieve more social justice. The United Nations declared 20th February the World Day of Social Justice, approved on 26th November 2007.

This historic declaration strongly reaffirms ILO ideals. It results from three-way conversations that began in response to the World Commission on the Social Dimension of Globalization’s Report. Do you know? By adopting this document, representatives from 182 member states’ governments, employers’ and workers’ groups stress our tripartite Organization’s critical role in achieving development and social justice in globalization.

They agree to work together to strengthen the ILO’s ability to achieve these goals through the Decent Work Agenda. The declaration formalizes the ILO’s Decent Work concept, which has been in place since 1999 and places it at the heart of the Organization’s programs to achieve its constitutional goals.

“Achieving Social Justice Through Formal Employment” is the theme of this year’s World Day of Social Justice. The formalization of work will be emphasized as a requirement for alleviating poverty and inequality. Virtually, the event will take place.

The memorial event was organized under the leadership of the Kyrgyz Republic. Its initial declaration by the General Assembly in 2007. Eradicating poverty, encouraging full employment and good work, ensuring universal social insurance, and promoting gender equality & social justice is a potential part of the Secretary-report Generals on “Our Common Agenda.” It is celebrated as part of the international community’s quest for answers.

How many people earn their livelihood in the informal economy?

It’s estimated that 60% of the world’s population, over 2 billion people, earn livelihood in the informal economy.