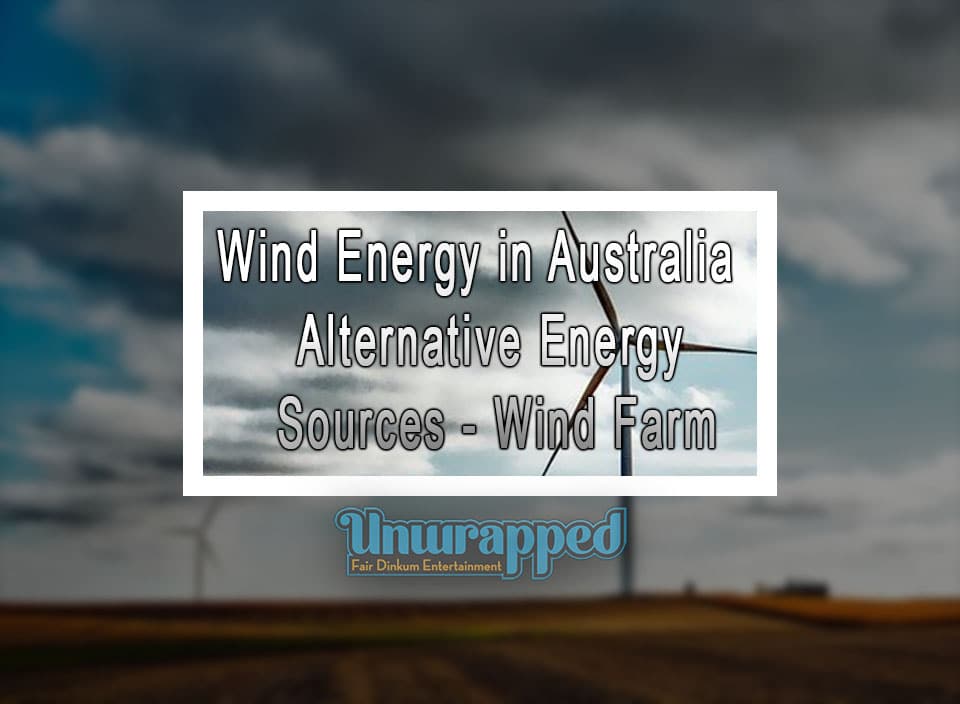 Wind Energy in Australia – Alternative Energy Sources – Wind, one of nature’s most vast resources, can be a great source of renewable energy if properly harvested. It is currently the cheapest source of large-scale renewable energy. Furthermore, it poses the least pollution to nature amongst energy sources and can be easily incorporated into different areas such as plantations without affecting the rest of the surrounding. Australia has realized these and other benefits of wind and energy and as such, has chosen to embrace this source.

In the early years of this century, from 2001 to 2006, the Australian government’s Mandatory Renewable Energy Target (MRET) was the basis of establishing wind farms in the country. By August 2006, there were enough wind power establishments fully functioning or under construction to meet the government’s small MRET of 2010. From this basis, wind energy has become the fastest-growing source of renewable energy in Australia. This mode of producing renewable energy grew at an impressive annual rate of 35% from 2007 to 2011.

By 2010, over 700,000 homes have been intermittently powered by the production of energy from strong winds.  As of 2015, wind power contributed to 33.7 percent of total energy produced from renewable resources. This energy translated to 4.9 percent of the country’s total electricity consumption. Five wind farms were established over the same year, adding the total of the country’s wind farms to 76. Further, the combined output capacity of these new farms brought the total capacity to 4187MW. An additional 14962MW is currently being planned or under construction.

Despite the progress for Australia in the production of wind energy, this sector of renewable energy generation faces its challenges. One of these challenges is the acceptance of some communities to establish wind farms on their land claiming the turbines ruin the view of the landscape. However, the government has been able to significantly solve this issue by involving the public in the installation of wind farms. Furthermore, informing the public on the advantages that wind farms would bring them regarding increased employment and higher revenue in the community’s businesses has been able to change the mindset that most communities had. Also, some wind farms have become tourist attractions. An example is the MacArthur wind farm which is the largest in all of Australia.

Additionally, there have been claims that the Australian government is deliberately slowing down the progress of wind energy as it searches for more environmentally-friendly ways to use coal energy as well as the means to produce nuclear energy at a lower price. This issue has, however, not been addressed. Furthermore, opposition leader and Prime Minister Tony Abbott also dismantled policies on wind energy and destroyed investors’ confidence in the wind energy sector in Australia. However, recent years have seen a turnaround in these policies, encouraging wind power once more.

Globally, Australia still falls behind some developed countries in large-scale wind energy production. China, the United States, and India outperform Australia in this sector. Despite the low ranking, however, progress on wind energy generation is still encouraging. Other countries have shown that it is possible to integrate wind power with into the electricity grid. These are countries such as Denmark, where 19 percent of its population gets its electricity from the wind. It is therefore expected that as wind power continues to be normalized on Australian soil, it could be integrated into the national power grid.

The future is still bright for wind power in Australia.