Skip to content
You are here:Home / Will Tony Blair return to British politics? Who really decides? 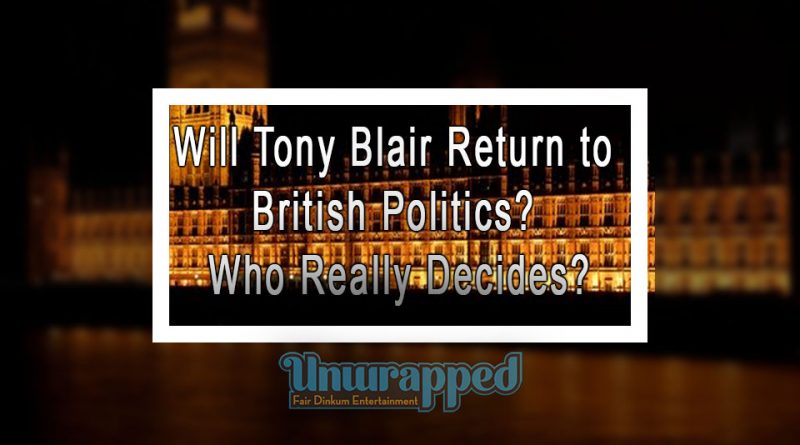 Will Tony Blair Make a Return to British politics?

The former PM said that he was still looking into the matter to determine a political role that would strengthen the party. His entire focus is to make his party electable.

While at the interview, Tony Blair said that the future would see a growth in politics – of which he did not rule out his participation.

This is What he Had to Say

Mr.Blair said that he was not sure whether there is a role for him. He went on to add that there is a limit to which he can presently state his position.

“All I can say is that this is where politics is at. Do I feel strongly about it? Yes, I do. Am I very motivated by that? Yes. Where do I go from here? What exactly do I do? That’s an open question.”

Tony Blair explained that the politics he represents have on many occasions received a huge reaction. He then said that it was still early to conclude the centre has been defeated. He even cancelled the notion it will fail. On the contrast, the centre ground will succeed again.

Tony Blair did not shy away from repeating his views regarding the election and re-election of Labour leader within a year. He said that his set of policies would back-date the UK to the 1960s.

“Frankly, it’s a tragedy for British politics if the choice before the country is a Conservative government going for a hard Brexit and an ultra-left Labour party that believes in a set of policies that takes us back to the 1960s,” he said.

He sensed wrong in everything, (considering that the Conservative party leader was not elected).

Most new party members will not be happy with his remarks. They blame him for having led UK into Iraq war, let down the union members and working-class voters.

And his reputation in the UK is low. His ways of earning money have been criticized while his role in the 2003 Iraq war does him no good either.

The Chilcot report did not mention Tony Blair hid information about the existence of weapons of mass destruction. The report was however damning regarding the presentation of intelligence.

When asked if Corbyn is a serious party leader, Mr.Blair said that party problems were far past single individual.

He said that the whole situation is not about Jeremy Corbyn. He likened Labour and Conservative parties as two cultures within an organization. One culture is the culture of the Labour party as a party of government. That explains the reason for forming the Labour party. The plan is always to get top parliament representation and finally form the government.

He referred to the other culture as ultra-left. This believes that street action is equivalent to parliament action. “That culture has now taken the leadership of the Labour party. It’s a huge problem because they live in a world that is very, very remote from the way that the broad mass of people really thinks.”