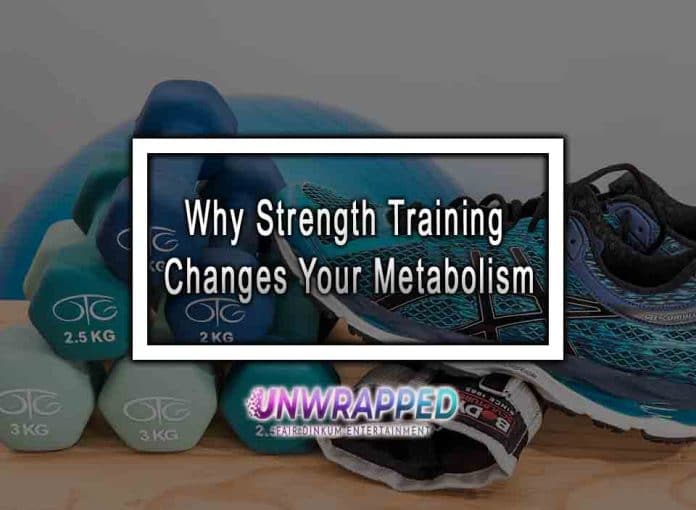 What comes to mind first when you think of revving up your metabolism? Is it cardiovascular exercise or strength training?

You often think of aerobic exercise as activities that speed up your metabolism, such as going for a run, participating in a HIIT class, or riding a bike. However, be sure you read the tiny print: Your metabolism will speed up over the long term if you do strength training, which may make things a lot more exciting.

Do you want to know what the difference is between strength training and cardiovascular exercise? How does your metabolism respond when it is stimulated in this way? So, we’ll fill you in on everything, and you make the call!

The Benefits of Aerobic Exercise on Your Metabolism

You have probably heard many different times that aerobic exercise may speed up one’s metabolism. Aerobic exercise has the effect of increasing the rate of blood circulation and respiration, which in turn causes your body to start searching for energy from the fat stores it has stored (which is exactly what you want, right?).

To give you an idea, when you are participating in an HIIT session, your body searches for rapid energy and acquires it from glucose reserves, which is to say, from the food that you have consumed that day. However, when this source of energy runs out (which might happen sooner or later depending on what you’ve eaten in the past), your body starts drawing energy from the fat reserves it has.

Additionally, after the action is complete, your body does not immediately rest; rather, it immediately begins the process of recuperation. As a result, your body will continue to be active for many hours after your workout, which will speed up your metabolism.

Depending on the weights that you employ during strength training, you may experience a greater or lesser activation of your metabolism. To put it another way, if you raise the loads, it is possible that you may run out of energy from glucose and begin to burn fat instead. Before beginning your strength training, it is highly advised that you ingest a meal that is high in glucose. Doing so will provide you with the energy you need to do explosive and anaerobic motions while you are working out.

On the other hand, strength exercise causes changes in your metabolism while it continues to function normally.

Both of these factors have a short-term influence on metabolic speed. What is most intriguing, though, is the long-term impact of strength training.