Skip to content
You are here:Home / Why Stoicism Promotes Living According to Nature 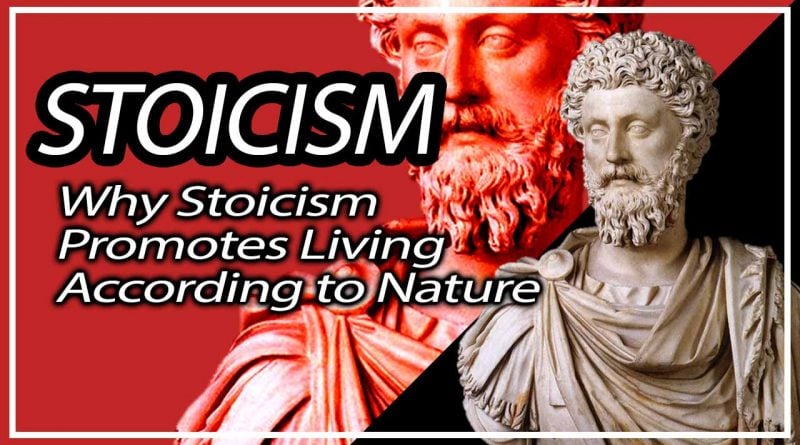 Faced with the changes that we are going through, more and more people choose to practise Stoic philosophy to connect with their interior.

The Stoic thinkers of ancient Greece developed a theory of the universe, a system of logic and questioning. The most basic lesson of Stoicism is: living a fulfilling life according to Nature is asking yourself questions about what it’s like to be human.

Philosophy is often said to be an attempt to answer the question “how should I live?” To try to answer that question, you need to have a reasonable understanding of the world and your relationship with it.

It is not necessarily about finding a “supreme truth”, but about finding the main reason when so many other people are doing the same out there.

The Goal Of Life According To Stoicism

Since Zeno, the maxim to practice Stoicism has been “to live in harmony with Nature.” This is a very vague saying for those who are not familiar with Stoicism, so let me explain.

Since the beginning of the Stoic school, one of the central teachings has been that everything in the universe is connected through the network of cause and effect. This is an idea that is prominent in modern physics, but also one that can be found in other philosophies.

As a consequence of everything being connected, everything has its place. We are forced to focus on our own situation, but if we took a minute to contemplate the big picture we would see that we are cogs in a system.

Our Place In The Universe

Stoicism encourages us to be aware of our position in the universe and to make the most of it. This is where the maxim of living in harmony with Nature comes from.

Nature refers here to the cosmos, the universe, God, or as the ancient Stoics would say: Zeus. By working together with other parts of the universe we can benefit ourselves and others.

Most moderns will not believe in Zeus or a concept of God. The Stoic God consists of the entire universe. Yes, that means that you and I are parts of God. We have grown out of the cosmos and we are embedded in it.

Stoicism argues that the universe as a whole is conscious. The reasoning here is that if sentient beings like humans are part of the universe, consciousness must be a quality of the entire universe.

In Stoicism, consciousness is seen as a “divine spark” that even God could not remove. We are free agents, but it would be better for us and the whole if we worked on cultivating our character and rationality.

This is how we would begin to live in harmony with Nature.

Read Me: What is Stoicism?

Nature As Our Guide

Living well will be in accordance with the rational order that inhabits us, which in turn is part of the happiness of the cosmos.

Man is endowed by Nature with the ability to understand cosmic events and promoting the rationality of Nature with his own effort but equally has the ability to act in a way that conforms to the will of Nature. These points are what make the man a moral agent. That is someone whose behavior and character he can preach “good” and “bad”.

Since man is endowed with reason, Nature ensures that he is good or bad and acts in such a way. But the dispensation of Nature is not morally neutral. A man comes equipped with impulses towards virtue or seeds of knowledge, and such equipment is sufficient to place human reason in a good way.

Lesson 101: 5 Stoic Philosophy That Leads You to Live a Happy and Peaceful Life

But How Do You Live In Harmony With Nature? How Would That Be?

The first priority for a human (and for any animal) is to survive. For this, a person needs to eat and rest. A second priority is to carry our genes to the next generation; that is why we are looking for a partner and we have children.

But that’s not all. Humans also have thoughts and emotions, and we are aware of them. The way we act with our thoughts and emotions defines how well we live, and how well those around us live. We can live purely with impulses like a cat, but then we would ignore our only gift of conscience.

To live according to Nature as a human being, you need to work with your consciousness. It’s necessary to develop your rationality since that’s what makes you unique; rationality is your Nature.

You develop wondering if the way you carry yourself is the best you can do. You want to ask yourself if your way of acting benefits you and if you make use of the talents you have. This is how you investigate whether you live in harmony with your own Nature, and Stoicism is here to give you the tools to cultivate your character and achieve Happiness.

What About The Bigger Picture?

The goal of life is twofold. Thinking about what benefits you is only part of the story.

As has been said, the Stoics believe that the universe as a whole is conscious. This is impossible to verify at this time, but what we can verify is the effect that our behaviour has on the world.

We have to deal with other humans who seek their benefit, and this can collide with our goals. Stoicism teaches us ways to effect positive change in the world, starting with our immediate surroundings. It also teaches us to stay calm when things don’t go the way we imagined.

This is the second part of the goal of life: to live in harmony with Nature as a whole.

Stoicism doesn’t require that we worship God. It requires us to look closely at ourselves and wonder if we are living up to our potential. If not, we need to find ways to change that. This is how we fulfill the goal of life and achieve happiness in the process.

We are created by Nature to look for the things we need for life, and Nature gives us the opportunity to grow and change in the way it is “intended” for each particular person or to work against that innate potential. 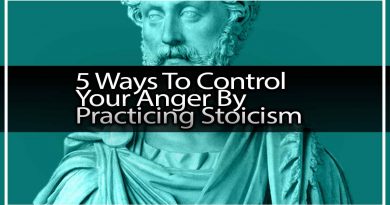 5 Ways To Control Your Anger By Practicing Stoicism 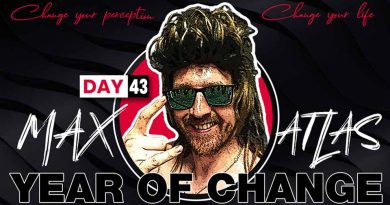 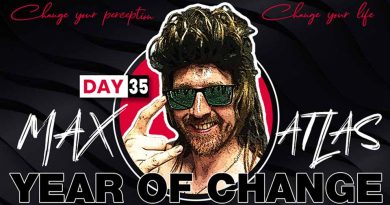