Skip to content
You are here:Home / Why is Religion Declining and What is Replacing It 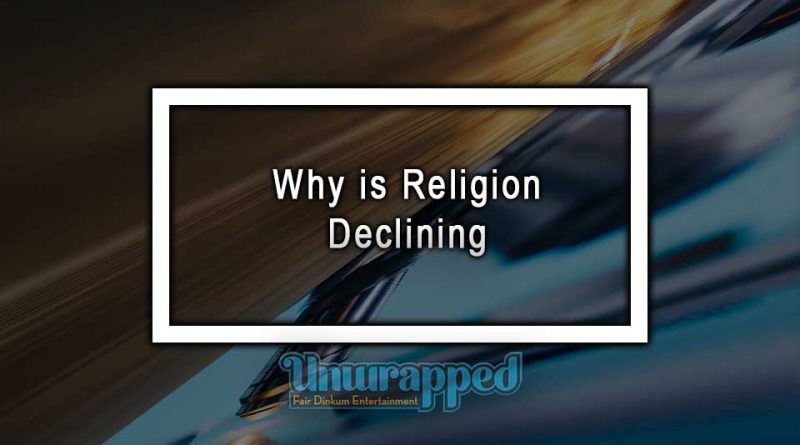 From the dawn of time, religion has been a part of the human experience. No matter which corner of planet earth you choose to put under the microscope, each and every nation has presented their own Gods.

Religion has been created in many shapes and its narrative has suffered lots of interpretations. One thing is for sure though: There has always been a God around.

The ancient Nordics believed in a family of Gods. Odin was their father. Throughout history, the human race has created Gods with powers corresponding to a nation’s specific needs.

Why Do people Need Gods

This brings up a question. Why do people need Gods?

Meaning. We need to find an excuse to feel great. We need a reason to believe that we are greater than life. We need to rely on someone who is going to save us when we step into the unknown territory of death.

Thus, we create Gods. We create someone who holds the answers for us. Someone, a being, so powerful that is able to grant us eternal life. A spirit which will kindly guide us where we can’t drive on our own.

In Christian philosophy there is a saying:

“God has created man in his own image”

Isn’t it possible that it might actually work vice versa? Maybe we are the ones who create Gods and no God has created us. Let’s take a look at the narrative of religions and Gods.

Gods are powerful. They can virtually do anything. Despite that fact, they are not unapproachable. They actually are but you supposedly can talk to them. If you have faith in them, they’ll help you in some way or another.

Gods Can be Reached But Only by a Few

The narrative is very convenient. It keeps Gods in a distance but doesn’t make them impossible to reach. If you study religions, you’ll see that there is an excuse for every hole in the narrative. Maybe that’s the reason why another competitor is entering the faith game.

For a long time religion has been the only source providing answers to life’s most torturing questions. But now there is another source which provides answers. And that is science.

Nowadays, religions are declining in a global scale while scientific research is gaining more and more credibility. There is an explanation to that. Science studies and experiments.  Science creates processes which prove themselves true while religion asks you to just believe.

This is another reason why science has gained popularity over religion. It creates results. And people like results. But that doesn’t mean that science can’t make mistakes. Before we get there, let’s ask another critical question. Why? Why religion? And why science?

Because people need to be told what to do. This may sound like an oxymoron, do you really want to be told what to do? Maybe not in the everyday life sense. But what about the big choices you have to make? Have you ever wished someone had the answer to the dilemma you’re facing? Haven’t you wished that someone would know what’s best and guide you?

That is the role that religion and science play in this movie. They are the guys who’ve got all the right answers.

So then, if people need to be told what to do, an authoritative figure or source needs to deliver the “commandments”.

Try this fun experiment. Grab a friend of yours and give them some kind of advice. They will probably blow you off. Here’s a twist. The next time you give them a piece of advice start by saying “Psychology says” or “Scientists discovered that”. Right after those introductory phrases indirectly state your advice.

By using this method, you’ll skyrocket the possibilities of your friend complying. That’s the power of authority. Another issue arises here. Is authority always right?

Scientism the New Religion for Many

Science has established its domain and that’s not by accident. People may have a peculiar perception of science. We often perceive science as a being and we forget that people are the ones who create science. Although science makes our lives massively easier, what holds true right now may not hold true ten years later. Science is a paradox, it has the ability to prove itself wrong.

This chapter is not an argument on religion vs science. It’s a discussion around blind faith. It’s a sad realization that blind faith can create fanatics. Fanaticism doesn’t just come in religious-like formats.

For instance, there are fanatics called hooligans. Where there is division, there is fanaticism.

But can science answer the world’s most difficult existential questions? After all, that’s what religion had to offer. That was the edge that religion held against its opponents.

Recently science has revealed an amazing observation. When a person dies, some parts of their brain remain active for a few minutes. Even after the heart has stopped. So science is starting to poke its fingers inside the spectrum of life itself. Who knows what else will scientists be able to observe in the future? Maybe they will eventually be able to capture pictures of the soul or trace the path of death and rebirth.

Can science be a God? We don’t know yet but it definitely has the tools to be one. But what about rules? All Gods and religions have rules. What’s science’s rules? And most importantly, why can science be so appealing to people?

This perfectly matches science with belief. So, science has warned humanity of climate change and its negative effects on our planet. This works as a “bait”. If people unite and decide to fight against things that cause climate change, they create a goal together. They create a cause in which they firmly believe in.

That’s not necessarily a bad thing. It doesn’t has to have a negative connotation on it. But being part of the mass presents its own dangers. One of them is being narrow minded and blindly following the majority. Consequently, a narrow mind and failure to filter mental input can create new fanatics.

Fanatics are bad news because they unshakably believe that their side of the coin is the best side. History has shown that people do crazy things to prove themselves right.

As a final note, science and religion both get fueled by curiosity. Curiosity is the ability that nature has gifted us with. We’ve come a long way because we get curious.

In a scientific background, curiosity turns into knowledge. Does it turn into Gods when curiosity can’t explain life?

The problem with removing all wonder from the universe and boiling everything down to facts is it does not account for the moments between the seconds. Think about it the chance of any of this being all just random is just as crazy and this all being by a single person design. The universe is vast and filled with wonders beyond all our greatest imagination. It is not time to replace God but it is time to embrace the unknown, embrace the mysterious and read between the lines. If you fall to far into anything you can become a fanatic, make sure you never stop questioning, growing and being grateful to experience this consciousness. 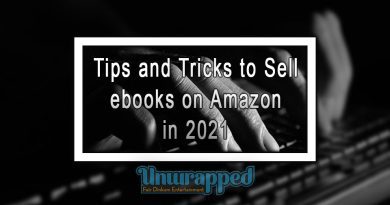 Tips and Tricks to Sell ebooks on Amazon in 2021