Skip to content
You are here:Home / Why Does a Cricket Ball Swing? 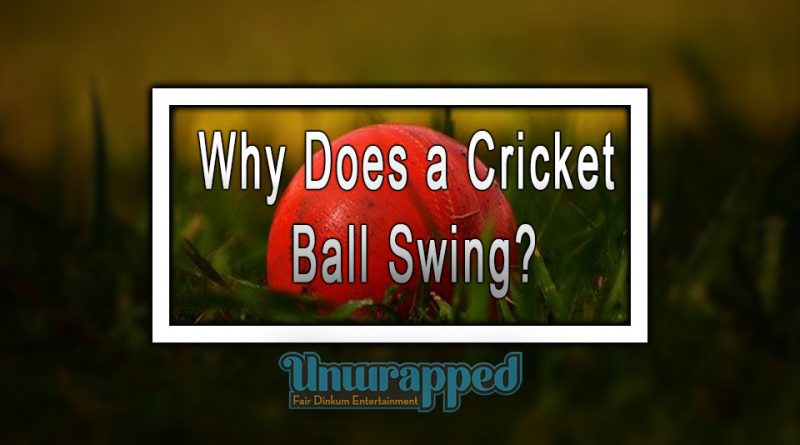 Reason Behind the Swing of a Cricket Ball

Cricket unlike football and basketball doesn’t have a lot of fans who love and play the game. All the same, some people love cricket while some don’t.

Cricket players say this is a game of everlasting subtlety, not just with the strategy and technics used, but also the mechanics involved in the game.

On every delivery, the ball could have a diverse trajectory which is distinguished by alternating the pace, the length, the line, or the most complicated of all, by hurling or whirling the ball through the air so that it moves sideways.

Making a cricket ball swing involves a lot of science, so we will try as much as possible to relate it to different stories so you could understand. For instance, right now.

A previous fast bowler from Pakistani called Imran Khan brought about the dreaded reverse swing strategy in an international game held in the year 1977. This move struck a shock in everyone’s mind to the extent that people thought he had tampered with the ball.

The truth is he didn’t do anything to the ball, today we will learn about swinging a cricket ball and some of the science behind it.

Do you cricket fans remember Kapil Dev? Well if you don’t, Kapil Dev was known popularly as the greatest out-swinger of all time. Can you say how a cricket ball swings?

Firstly, the word swing is seen as the movement of the cricket ball after it has moved from the hands of the bowler and heading towards the batsman. In a situation where the ball moves in the direction of the batsman but not exactly towards the bat, it is called an out-swing.

When the ball moves towards the batsman and the bat, it is seen as an in-swinger.

The cricket ball swings as a result of its shape and shine. If you have held a cricket ball and observed it closely, you would notice a small strip in the middle which is placed in a good position. The said strip is referred to as a seam.

A cricket ball is composed of two pieces of leather darned together on the seam.

The Seam, Shine, And Wing All Contribute To The Swing

If you are a very observant cricket fan, you must have noticed the bowlers as they rub and clean one side of the cricket ball. Well if you didn’t know, now you know.

What is the aim? Why clean one side and leaves the other side rough. The rough part is kept rough so that it will help resist the wind. While the shiny part of the ball doesn’t resist the wind, instead, the wind comes in contact with the seam and then moves the ball in the opposite direction, causing a swing.

Out And In Swingers

For instance, you have a left-handed bowler that keeps the shiny side of the ball on the left, while the batsman is right-handed waiting to hit the ball. As soon as the ball is thrown, the wind causes it to swing right into the batsman’s bat.

Also, a bowler that keeps the shining side of the cricket ball on the right while bowling can get an outswing in certain situations.

Just like it was mentioned in this article before, the popular story about the Pakistani bowler being able to perform a reverse swing with a cricket ball. Wow, how did he do that? And what is a reverse swing?

This is a very special method which stands as a big shock to many people. It is performed by making the cricket ball move swing towards the opposite direction. Let us explain further.

Remember what we told you about how an in-swing and outswing is performed. Now imagine performing the action of an out-swinger and achieving an in-swing. That is what a reverse swing is all about, swinging the ball to make it go in the opposite direction. Is this even possible?

Yes, it is, this is where it gets a little complicated because you have to indeed meddle with the ball by lifting the seam or causing serious damage to the ball intentionally.

When we say damage the ball, this is what is done. You will have to meddle with the ball in such a way that the shining side possess more weight than the rough side. One thing about this technique bow is that it has been put as an illegal method which could cost a player suspension.

Let’s go into the science aspect so you could easily say that you can know more about cricket ball swings.

There are two factors that enhanced the ball movement towards the batter. For example

Robindra Metha has been able to explain how the ball swings using the fundamentals of fluid mechanics. Here are the things he said, not in these exact words though.

This is how the explanation goes, as the ball moves in the air, it creates a small layer of air that is referred to as the boundary layer. The said boundary layer doesn’t attach itself to the ball’s surface all the way, so it detaches itself when it gets to a point.

The separation point is what picks the pressure and a late detachment outcome in the lower pressure on the side. A side force or swing will only be created if a pressure is distinguished between both sides.

The separation spot of this boundary layer from the ball is gotten by its surface and the velocity of the ball. The concept of turbulent and laminar flow is administered here.

When the match starts, the ball comes with two shiny edges across the seam. As the match goes on, one side of the ball becomes rougher while the other part stays shining, although not as shiny as in the beginning.

Based on the distinction in the surfaces, the boundary layer air detachment from the two surfaces occurs in distinct ways.

The smooth layers don’t offer any resistance to the air causing the separation to occur in a laminar flow. Which means smooth and fast.

Although the rough surface creates a disruption in the flow or what is commonly referred to as turbulent flow causing a separation farther than the appropriate time.

The distinguished flow results in speed alternation of the air separation in the two sides causing a swing in the ball.

The main explanation for you to get a grip on laminar and turbulent flow is the water flow from your faucet. Water coming out of a faucet has a smooth flow composure with a low flow rate.

While it is flowing at a slow rate, try placing your finger under it, you will notice that you can see a clear image while doing so. When the flow rate is increased, when it gets to a particular velocity, emptiness and disruptions are found in it.

During a turbulent flow of water from your tap, if you put a finger behind it, you would notice that the image of your finger would appear blur.

Going through these things would make you ask questions like, why study this? Well the flow of water is an important part of the turbulent and laminate flow which controls the way a cricket ball swings.

The seam of the ball is utilized normally by people who bowl fast to generate a swing while they bowl. Here is how, although it is the same thing that we have been talking about since.

The seam of the ball is utilized as the rough texture that generates turbulent flow in the air around and enables it to swing. There is a lot of physics attached to this article, read well to ensure you understand properly. 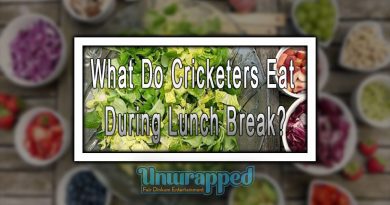 What Do Cricketers Eat During Lunch Break? 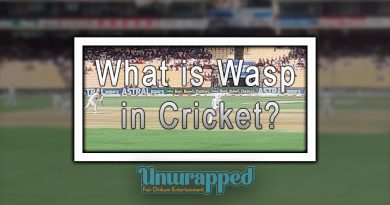