Why do we Celebrate Black History Month and Facts 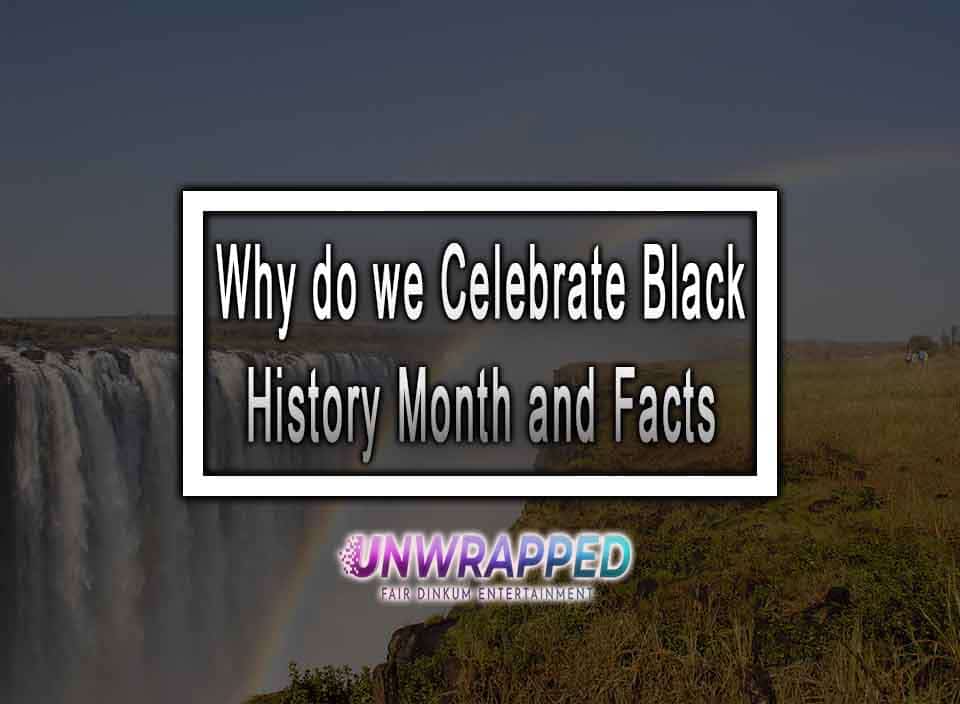 What Is Black History?

Since the African Diaspora, about 11 to 12 million Africans were brought to Newland as enslaved people. These people were forced to do hard work. Their children, women, young and old, all were enslaved, and they could not even enjoy fundamental human rights.

Some of them did not give up under the sky of oppression and cloud of tyranny. They kept on achieving big goals, contributing to rich American history. Until the early 20th century, their contribution to society could not win any attention. Their men and women, who played their parts in shaping the nation, were barely applauded.

The story of these great African American men and women who fought for their rights and sacrificed for their nation is known as Black History. It is also called African-American history.

What Is Black History Month?

Black History Month is a yearly celebration to remember and pay tribute to all the African Americans who contributed to structuring the nation. It is observed in February in America, Canada, and Germany, while in the United Kingdom and Ireland, Black History Month is celebrated in October every year.

How Was Black History Month Started?

Dr. Woodson also wrote two publications with the titles Journal of Negro History and Negro History Bulletin to support ASNLH. Dr. Wooden believed that there was a lack of awareness among African American youth about their history. He wanted to spread information about the accomplishments of Black Americans before and after the abolishment of slavery in 1865.

Hence he started advocating the celebration of Black History to promote attainments of Black Americans. For this purpose, he reached out to his fraternity brothers from Omega Psi Phi. They responded positively and created Negro History and Literature Week, later renamed Negro Achievement Week.

This was not enough for Dr. Woodson, and he wanted a more significant impact. So he used the platform of ASNLH to issue a press release to declare Negro History Week, and it was to be celebrated on Feb. 7, 1926.

Woodson’s announcement gained a lot of popularity. People across the country started observing Negro History Week with great enthusiasm. Many schools and organizations arranged different programs and events to celebrate the week.

Why Did Dr. Woodson Choose February?

Dr. Woodson did not want Negro History Week to become a tradition. Instead, he wanted it to be a way of teaching and diffusing knowledge about the history of African Americans. Therefore, he selected the month of February.

As the black community used to celebrate birthdates of former US President Abraham Lincoln and abolitionist Frederick Douglass, Dr. Woodson wanted the black community to commemorate less and know more about the struggles and achievements of these men.

Hence, he chose February and started distributing educational material, banners of essential persons, dates, and tutorials for teachers. In this way, he succeeded in disseminating knowledge and awareness about the true history of the black community.

Soon the demand for courses and literature regarding Black History increased. Institutions started arranging seminars. Scholars, writers, speakers, and historians were invited from all over the country to talk about the black community’s past. Authors also took advantage of the situation, and publishers began publishing books on the black topic. Black teachers, too, started teaching Dr. Woodson’s books as Negro History.

Seeing the massive success of his initiative and enhanced demand for literary work, course material, and resources about Black History, Dr. Wooden formed branches of ASNLH all over the United States. While his home worked as headquarters of the organization.

Dr. Woodson realized that the study of Black History could not be confined to a week only. Therefore, he emphasized expanding a week of observing African American heritage and history to a more extended episode. Hence due to his efforts, the people of West Virginia began celebrating Negro History Month instead of Negro History Week in the 1940s.

After the death of Dr. Woodson in April 3, 1950, it was thought that Negro History Week and his organization “Association for the Study of Negro Life and History” would come to an end. But thanks to the civil rights movement and growing identity concerns in young African Americans, it did not happen.

Also See: How to fix The Aboriginal Australian Poverty and Health Gap

How Is It Celebrated?

ASALH, previously known as ASNLH, selects a theme for Black History Month every year. Schools, colleges, other institutes, museums, and communities follow the theme and arrange different events according to the theme.

This years’ theme is “Black Health and Wellness,” which focuses on remembering the efforts of black doctors, nurses, midwives, herbalists, and other medical practitioners who worked for the health and wellness of the black community. The lack of medical facilities for the black community in the past is also a centre of attention.

Why Is Black History Month Important?

Black History Month is important to remember and honour all those African Americans who sacrificed for their community and whose accomplishments were ignored in the past. This month plays a vital role in spreading awareness about African Americans’ heritage and culture.

Stay Connected
52,631FansLike
5,671FollowersFollow
829FollowersFollow
Previous articleWorld Water Day Theme 2022
Next articleAPK File How Do You Open It and What is It?