Why Cannabis Shares Have Tanked on the ASX During 2022 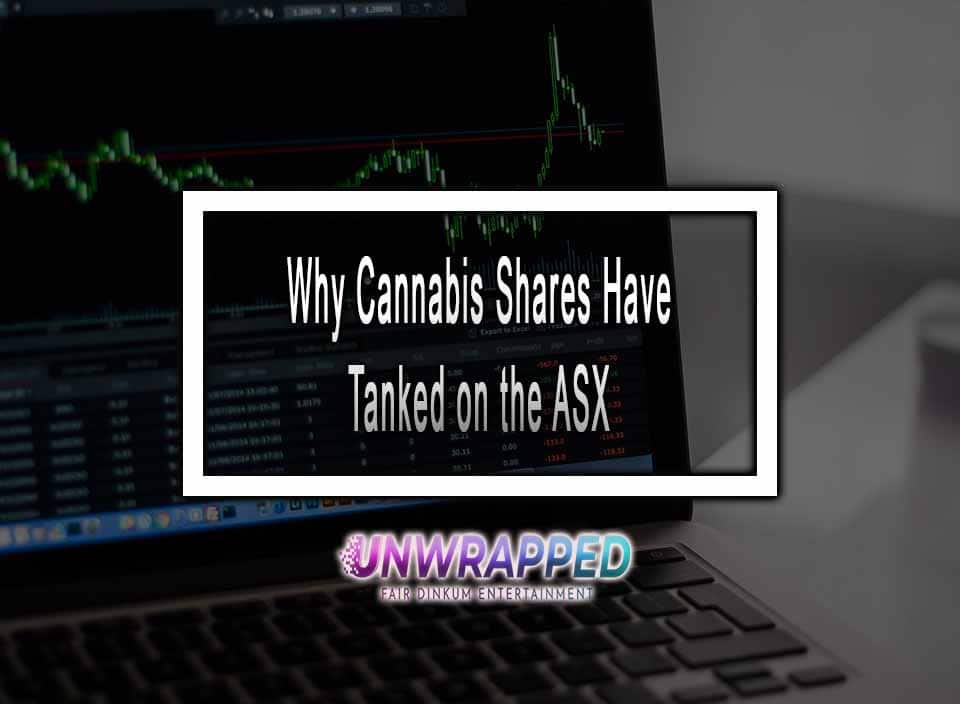 Actual Reason Why Cannabis Stock Failed to Interest Stockholders in 2020

Owing to this high usage, in 2016 the law-making medicinal cannabis legal was passed. This was landmark legislation that was seen as a precursor to the complete legalisation of cannabis in Australia.

Why is this important for Australia? Australia and New Zealand share a lot of things, the cannabis consumption pattern is one of those shared things. Although New Zealand declined to legalise cannabis, this result, however, came with a very narrow margin. The same can be said for Australia, although no referendum has taken place in Australia public opinion can be gauged from the New Zealand referendum.

The negative referendum in New Zealand, in turn negatively affects the Australian cannabis industry because the major players and key investors feel this as a potential threat. Why? Australia currently has very conservative laws when it comes to the usage of medicinal cannabis.

Although the usage for medicinal purposes is legalised the process for getting a license to cultivate and produce medicinal products is wrought with obstacles and difficulties. The costs of getting a license in Australia far outweigh the benefits for now and this is one of the foremost concerns of the manufacturers and investors.

The barriers for entry are far too high at the moment, almost as if the legalisation is only on paper and not intended to be seen through. Due to this, the cannabis industry in Australia is facing impediments in growth. Four years on and there is still a severe dearth of research, development and logistic infrastructure for this industry.

This is why 2020 has not been a very positive year for the cannabis stocks in Australia. One reason for this dismal performance has been the change in plan for many overseas cannabis firms that had invested in Australia.

AusCann group lost the investment backing by Canopy Growth, which resulted in almost 13.2% interest in AusCann group being sold. This translates to almost $6 million worth of loss of investment. Similarly, Athea group holdings are also on the path of losing the support of NYSE listed Aphria.

The reason why international investors are pulling out of the Australian cannabis industry is because of its competitive advantage. Australia has delayed its response to opening up the economy to legal cannabis, as a result, there is no local infrastructure, as discussed above. During the last 5-6 years, other countries have developed their infrastructure thereby gaining a competitive advantage.

So this is why Australian cannabis stocks have not done very well. This dismal performance was further exacerbated by the global financial crisis that hit every sector including the cannabis sector as well.

All has not been bad however, there have been positive developments as well in the cannabis sector. The sector has shown steady growth, in Q1 of 2019 there were 52 approved products in the market and this figure jumped to 76 by Q3.

In addition to this local investors are also entering the market. EcoFibre is a Queensland based biotech stock, which produces hemp-based products. The products of EcoFibre are fully compliant and legal. EcoFibre also has a presence in the USA, with further growth aims.

Botanix is another local player that is currently developing CBD based medicines for the skin. Their products are in the final human trial stage.

Investors should therefore not worry about the future of the cannabis sector in Australia. There are a few obstacles when it comes to legislation and these are expected to be removed over time.

What is the 10 year average return on the ASX?

On average, the S&P/ASX 200 Index has returned 9.3 percent annually over the past decade.

Stay Connected
41,936FansLike
5,683FollowersFollow
864FollowersFollow
Previous article
What a Diverse Portfolio! How Many Companies Should I Buy Into?
Next article
How To Invest 10000 Dollars In 2022 In The ASX

How to Make Money Doing Virtual Assistant Gigs on Fiverr

5 Strongest Currencies in the World