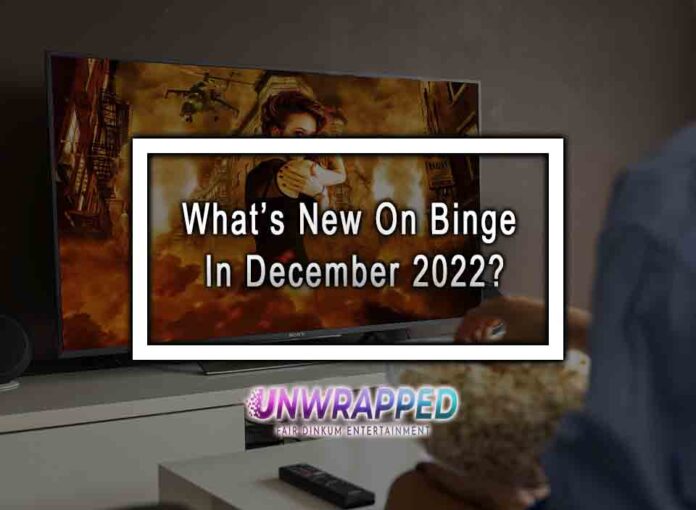 Binge continues to live up to its moniker by delivering high-quality media to viewers throughout Australia. If you don’t want to waste time browsing, it’s best to get up on everything coming to Binge in December 2022.

Documentary series “Inside the Ambulance” following the operations of West Midlands Ambulance Service. The Ambulance and its crew are being filmed as it responds to calls for help. The documentary Ambulance depicts the “Crucial, potentially fatal choices must be made in the heat of battle. Their work is featured on BBC One’s format “from command centers to frontline workers.

“The Great British Bake Off” Season 13 premieres on December 1, 2022. Noel Fielding and Matt Lucas will host it again, and Paul Hollywood and Prue Leith will serve as judges. On September 2, 2022, it was revealed which bakers would participate in the series. From 2014 until 2019, filming occurred at Welford Park, a Berkshire estate not far from Newbury.

The first episode of Million Dollar Listing: Los Angeles aired on Bravo on August 29, 2006. The show potentially follows the personal and professional lives of real estate agents in Beverly Hills, Hollywood, and Malibu as they sell luxury residences. In addition, it provides an insider’s perspective on Los Angeles County’s luxury real estate market.

Two teams of professional pastry chefs face off in this British baking competition on television. Bake Off: The Professionals first episode aired on BBC Two on March 29, 2016, and it is a spin-off of The Great British Bake Off.

Developed by Julie Plec, the American fantasy drama series Legacies debuted on The CW on October 25, 2018. It’s based on The Vampire Diaries and involves some of the same characters as The Originals. Thus it’s technically a spin-off. Hope Mikaelson, now 17 years old, is played by Danielle Rose Russell, who also played a part in the series’ fifth and final season.

Letterkenny is a Canadian television sitcom devised and written mostly by Jared Keeso and Jacob Tierney and directed by Tierney. The series centers on the citizens of Letterkenny, an Ontario rural town modeled, at least in part, on Keeso’s birthplace of Listowel. Letterkenny Problems was originally a web series on YouTube; Crave ordered an adaptation of the show for television in March 2015, and it premiered in February 2016.

Originally airing on Channel 4 in the United Kingdom in 2022, Chivalry is a comedy-drama series. A six-part comedy-drama about “sexual politics in the wake of #MeToo movement” was announced to be written by Steve Coogan and Sarah Solemani for Channel 4 on January 13, 2020. Steve Coogan and Sarah Solemani penned the script and starred in the film. Christine Langan of Coogan’s Baby Cow Productions serves as the series executive producer.

Detectives Janet Scott (Lesley Sharp) and Rachel Bailey (Suranne Jones) of the Greater Manchester Police’s Syndicate 9 Major Incident Team are the actors of the British television series Scott & Bailey. The series debuted on 29 may 2011 and was over on 27 april.

Wes Miller wrote, directed, and produced the American heist action film A Day to Die, set to be released in 2022. You’ll see Kevin Dillon, Bruce Willis, Leon, and Frank Grillo in it. Vertical Entertainment released the film on March 4, 2022.

More TV Shows: What Are The Upcoming Sports Shown On Kayo December 2022?