What Is the Flutter Framework? 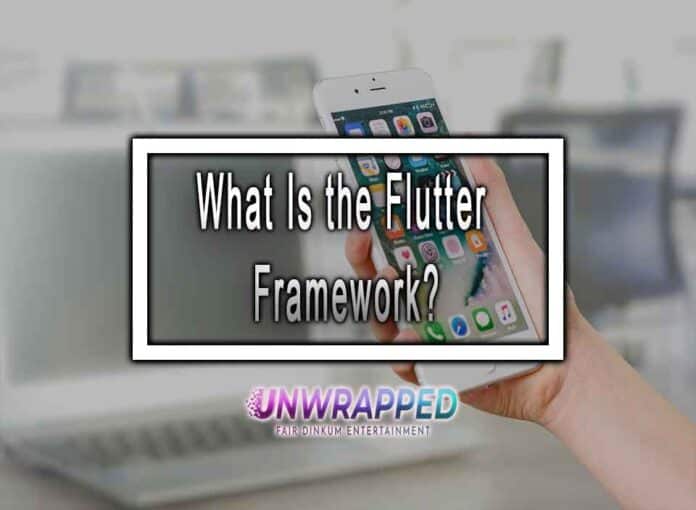 Software development kits and frameworks are developing just as quickly as mobile app development. The Flutter test setup has been a big success and altered how mobile apps are created.

Google created the open-source UI framework known as Flutter. It aids programmers in producing native mobile and cross-platform applications from a single codebase. Since 2017, Flutter has assisted developers in streamlining their operations and increasing productivity. With the help of this framework, they can create apps for iOS and Android using a single code base and one programming language.

The elements of this framework created by Google are as follows:

Sliders, buttons, and text inputs are just a few of the UI components in this framework that can be reused.

Instead of using OEM widgets, Flutter offers ready-made devices that resemble iOS or Android apps (Material Design) (Cupertino). You can create your widget designs as well.

SDK is a group of tools that aid developers in creating their applications. They can compile their code to produce native machine code for iOS and Android.

Notably, Flutter achieves performance levels comparable to its cousin and direct rival React Native while being the only framework with a mobile SDK to enable a responsive style without the necessity of a JavaScript bridge. It works seamlessly with various systems, including MAC, Windows, Google Fuchsia, iOS, Android, and Linux.

What is Flutter used for?

Without having to write a new codebase for each platform, Flutter is one of the most acceptable ways to create apps for Android and iOS. These apps’ smartphone versions are built specifically for each platform before being released and work as actual native apps on Apple and Android smartphones. No browser or runtime module is necessary for them. The same codebase can be used to make native Windows, Linux, and macOS programs and web apps for browsers.

If you want to create 2D cross-platform apps that can run on both iOS and Android mobile devices, Flutter is a good option. It’s also a terrific option for creating interactive desktop and online apps.

Flutter has many restrictions in the area of video apps. Because of this, Flutter is inappropriate for applications requiring UI rendering.

Avoid using Flutter if you’re creating an augmented reality (AR) app. It would be useless to develop a cross-platform app for AR because it requires an extensive connection with native systems. Automobile dealerships, furniture shops, or interior design studios are a few examples where customers need to see things in 3D.

Why should you use Flutter?

Although Flutter is a young framework, many businesses continue to favor it over more established frameworks like Cordova, Xamarin, or React Native.

With Flutter, programmers can design apps for iOS and Android using the same code. As a result, they avoid having to create two unique apps, saving time and resources. By assuring compatibility with different operating systems, Flutter’s native widgets also cut down on testing time.

Flutter significantly reduces development time by enabling developers to create apps for both iOS and Android using a single code base. By extension, this lowers the price of creating an app. To put it simply, you save money by purchasing two programs.

Good UX requires a responsive application. Despite the difficulty in estimating exact numbers, it is safe to assume that Flutter applications will run as well as native apps in most situations and even better in complicated UI animation scenarios.

Flutter’s approach differs from that of most cross-platform frameworks in that it doesn’t rely on interpreters or intermediary code representations. Because the Flutter application is integrated directly into the machine code, all performance issues resulting from the interpretation process are eliminated.

At some point, Flutter enables you to compile your release application in advance fully.

Flutter has fantastic, well-organized documentation where you can quickly learn the syntax and other necessary concepts in detail. Indeed, well-prepared documentation is essential for any framework or language to stand well in the market. Additionally, Flutter contains many libraries and widgets, all freely accessible in the documentation.

Flutter’s fantastic developer community supports developers who might run into programming problems and adds to its excellent documentation. Development requires a strong developer community where programmers may exchange knowledge of programming languages and pertinent material. You can get involved in a lively community and occasionally receive the required advice.

Separate codebases for Android and iOS devices when developing Flutter apps are not required. Because of Flutter’s code reuse, developers can design a single codebase that they can use for desktop apps, Android, iOS, and other platforms. A single code base helps you to launch your application much more quickly and dramatically cuts down on costs and development time.

The freedom to personalize anything you see on the screen, no matter how complex it might be, is one of Flutter’s most significant advantages. While creating a somewhat customized user interface on native systems is typically possible, the work involved is much different.

Flutter, on the other hand, increases process adaptability and flexibility without increasing strain. Flutter enables you to easily carry out shared element transitions, shape/color/shadow manipulations, clipping, and transformations.

The hot reload functionality is built into Flutter’s architecture and operates without using any plugins. You can essentially watch updates in real-time with hot reloading. Consider a scenario where a programming mistake occurred.

In Flutter, you may immediately repair it and carry on from where you left off without completely restarting the process. It could not be easy to return to usual programming, where deployment takes a while. Programmers are more productive when using hot reload since it facilitates quick iterations and allows for speedier experimentation.

The Flutter programming framework works more quickly than its competitors. Compared to similar software produced independently for Android and iOS, you can often anticipate that a Flutter app will take at least half the time to create.

The primary explanation is straightforward: creating the correct aesthetics for your application doesn’t need writing any platform-specific code. Without interfacing with a counterpart in a native application, any 2D-based UI may be created with Flutter.

In addition, Flutter offers a declarative API for creating user interfaces, which, in my experience, dramatically improves efficiency. Especially when it comes to visual modifications, this is clear.

Flutter aids in rapid development and gives developers much time back. First, you can effortlessly develop a unique UI/UX for your applications with the aid of different enriching widgets. Additionally, applying all the changes and immediately fixing bugs is simple using Flutter. As a bonus, Flutter requires less time for testing and application deployment.

How to Test Flutter Apps

Automated flutter testing can be divided into three main groups: unit tests, widget tests, and integration tests. These three tests can be combined in various ways in an app, but it’s up to you to design and execute the tests in a way that gives the best assurance for your use case. Now, let’s learn what each type of testing is used for:

A flutter unit testing objective is to confirm a logic unit’s correctness under various circumstances. A unit test evaluates an individual function, method, or class. In the unit being tested, external dependencies are typically mocked. Unit tests usually don’t render to the screen, read from or write to the disc, or take user input from processes other than the one conducting the test.

With the help of the Flutter plugins for IntelliJ and VSCode, users may perform automated unit tests. Along with supporting test execution, IntelliJ and VSCode also offer the quickest feedback loop and let users establish breakpoints.

An individual widget is tested using a widget test, also known as a component test in other UI frameworks. A widget test’s objective is to confirm that the UI of a widget behaves and appears as intended. A test environment that provides the proper widget lifecycle context is necessary since testing a device includes validating numerous classes.

The setting for a widget test is significantly more straightforward than the full-fledged UI, just like with a unit test. For instance, the widget under test should be able to conduct layout, receive and react to user actions and events, and create child widgets. So, compared to a unit test, a widget test is more thorough. Users of Flutter should create widget tests for all popular widgets used in their programs.

An integration test often operates on an actual device or an OS emulation like iOS Simulator or Android Emulator. The test app is usually segregated from the test driver code to prevent skewing the results.

The execution of integration tests involves two steps: first, they deploy an instrumented program to an actual device or emulator; second, they “drive” the application from a different test suite, ensuring that everything is correct along the way.

Businesses now widely use Flutter to create applications that are distributed to millions of users. However, your app experience doesn’t end here. Before being released, every application must be tested in a flutter setup and its functionality confirmed. This guarantees high quality and positive user feedback.

The History of IT Jobs in GameDev in the UK

Background Sound Effects Free For Any Use