What is the Difference Between a Pull Shot and a Hook Shot? 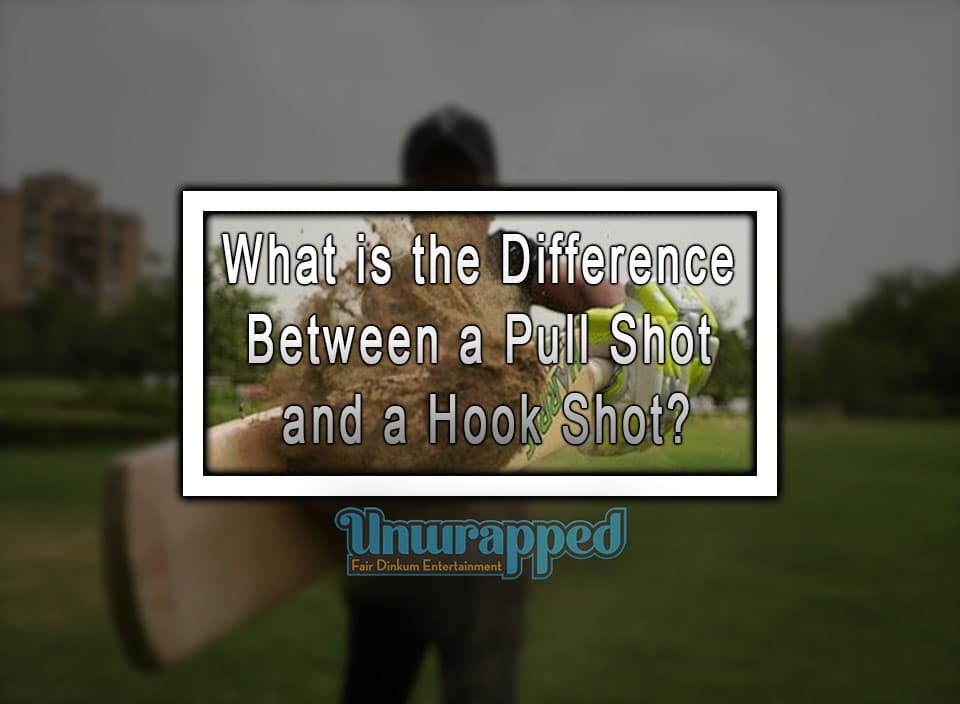 When it comes to cricket, you will find various styles that the game is played. Each style determines the success you get. For starters, there is batting. Batting in cricket is striking the ball using a bat with the aim of scoring runs while preventing wicket loss. A batter, batsman, or batswoman is the name given to the player who bats, irrespective of their expertise. With batting, the players have to get accustomed to different playing conditions, especially when they play on other cricket pitches (besides the ones they are used to). That said, one is required to have exceptional physical skills for batting in order to make excellent decisions and plans on the pitch.

In this article, we are going to discuss two batting skills that every batter in cricket should be aware of. A pull shot and a hook shot are cricket skills that enable a batsman to deliver their shots appropriately. They are both shots delivered horizontally by a batter, where the batsman’s head is slightly not aligning with the ball during contact. Many people would like to know more about the pull and hook shots.

Here, we get to explain the two in detail, including their differences. That said, read on to find out more.

What is a Pull Shot?

A pull shot is a horizontal shot that is played to a ball that bounces around the midriff elevation by swinging the bat in across arc at the front of the body. The shot is done to the leg side and short-pitched delivery, off the back square leg and the mid-wicket. When played right, a pull shot is among cricket’s best sights.

The pull shot is delivered when the batter extends their arms in front of the body, hitting in front of the square leg. It is just like many shots of the game where footwork and anticipation are key factors. Pulling against a fast bowler requires one to be positioned correctly very fast. Failure to getting the position right, the batsman will give away their wicket or worse still, hurt themselves.

When doing the pull shot, you are required to roll your wrists as soon as the ball impacts to keep it on the ground and not in the air. Doing this prevents you from getting caught by surprise by your opposition while they set a trap for you. In this case, your head should remain still always so that you can watch the ball from the bat all the way to the boundary.

What is a Hook Shot?

Like the pull shot, a hook shot is a stroke delivered horizontally and is played to a short delivery in the elevation between the head and chest. The hook shot is known to be the most dangerous shot to engage in while playing cricket. Since the hook is played to a short-pitched delivery between your chest and head, getting control of the shot becomes quite difficult.

Rolling your wrists while delivering the hook shot may seem quite impossible, making it stay in the air for a few seconds longer. Similar to the pull shot, you must always keep your eyes pinned on the ball. Failure to which, the ball will hit your head or chest causing unimaginable pain. That is why it is recommended to have the right gear on, i.e., helmet when attempting the shot to protect you from the impact. Phillip Hughes, a reputed Australian player lost his life while playing the hook shot because he was hit on the unprotected area on his head.

The hook shot also requires quick footwork to get positioned correctly while playing the stroke. Once you get the shot right, you will enjoy sending out an opening bowler over mid-wicket for either a four or a six. Since the shot is delivered against a ball that is bouncing the same level with the chest or higher (head height) to the batsman, he hooks the ball around with the rear square leg across the ground or in the air. That is where the shot gets its name from. Both shots (pull and hook shots) can either be played off the front foot or back foot, with the latter being more archetypal.

Also See: What Do Cricketers Wear?

So What’s The Difference Between The Pull and Hook Shots?

In theory, the two shots are portrayed as similar, yet they are quite different in terms of delivery. The pull shot is played when the ball is aimed directly at the midriff region whereas the hook is when the shorter ball targets the chest and head area of the batsman.

The pull stroke is an essential weapon for every batsman as it is a stroke that is played for slow and medium short-pitched deliveries. Here, when the ball is slightly shorter than the pitch length, it is pulled to hit along the ground. On the other hand, a hook shot is when a batsman attempts to play against a bouncing ball, often on a bouncy pitch.

While playing the hook shot, it gets hard to move your wrists, making the ball stay in the air for quite some seconds. On the contrary, the pull shot is delivered with arms extended in front of your body while hitting in front of the square foot. Rolling your wrists upon impact is not as difficult and this keeps the ball lower on the ground instead of being in the air. Doing this gives you the proper control and opens your eyes to the tricks of your opposition in good time.

While both the pull and hook shots are played in the same way, the batter uses the ball’s pace in the pull shot, whereas, in the hook shot, the batsman hits the ball with all his might.

Batting in cricket requires one to have and present various skills that will help in winning against the opposition. The pull and hook shots are among the strokes that display excellent skills in the game. However, the two strokes seem similar in writing but different when put into practice. In all the strokes, one is required to dress the part and avoid getting hurt, especially when trying the hook shot. Injuries from strokes can be fatal. What’s more, one needs to master the skills carefully before trying them on the pitch

Also See: What Online Games To Play When You Are Bored?