Skip to content
You are here:Home / What is Stoicism? Things You Need to Know about Stoic Philosophy 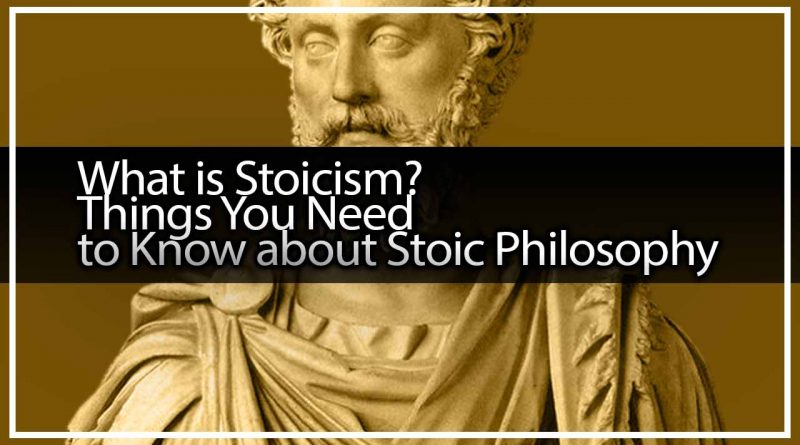 The Origin Of Stoicism

The term stoicism is very rarely used and there is little chance that you have heard of it. However, if you are interested in what Stoicism means, you have come to the right place.

Stoicism originates from the Greek language and marks the school of ancient philosophy that was very popular with the educated elite in ancient Greece and the Roman Empire. With scepticism and Epicureanism, it’s the main philosophical direction in the so-called ethical period of Greek philosophy.

The founder of Stoicism is the Greek philosopher Zeno of Citium, who was the first to establish the concept of Stoicism in 308 BC. This school existed until 529. when the Byzantine emperor Justinian closed all philosophical schools. He thought Stoicism isn’t in accordance with the Christian religion, and it originates from paganism.

Stoicism’s centuries-long work, which spread throughout the Hellenistic-Roman world, is divided into three periods. Zeno, Cleanthes, and his disciples Aristo and Sphaerus belong to the Early Stoa. In the 3rd century BC Chrysippus of Soli developed systematic stoic teaching, and in this so-called Middle Stoa, the most important philosophers were Panaetius of Rhodes and Posidonius. The school experienced its greatest prosperity with Seneca, Epictetus, and Emperor Marcus Aurelius in the Late Stoa.

What Is This Philosophy Based On?

According to Stoicism, the world is composed of logic, physics, and ethics, that is, following their laws. Its followers believe that the world is ruled by destiny, so all events are predetermined. Following this direction, wise people should live in harmony with nature, because that is the only way to achieve the peace they strive for.

While the Stoic cognitive theory was oriented mainly empirically and even sensually, and the physics, i.e., the teaching of nature, materialistic and strictly deterministic, ethics was based on the rationalist predominance of reason over passions and affects. In addition to physics and ethics, the Stoics paid considerable attention to logical research (logic is divided into grammar, rhetoric, and dialectic). However, the centre of the Stoic original philosophical preoccupations was primarily ethical issues, so logic and physics were in the service of ethics, and moral validity became the goal of all philosophizing.

Enjoy: 5 Stoic Philosophy That Leads You to Live a Happy and Peaceful Life

To understand this section, it is important to remember that Stoicism in philosophy is a purely material thing. All its teachings are based on matter, which rejects feelings, emotions, and other manifestations of the inexplicable and immaterial. Thus, the Stoics imagine the world as a living organism, which is the material part of the material God, who created all this. This is exactly what man himself is, whose destiny is predetermined – in this context, it is called destiny. Stoics believe that on the way to fulfilling their duty a person encounters passion, which becomes his most important thorn. A person freed from passion becomes strong and ready to fight. Power, on the other hand, is a subtle matter sent by God.

Stoics associate logos with necessity, i.e. determinism. From that, they conclude that everything that happens must happen, and that is why man is not able to change anything. Also, a person should accept that destiny, because everything that happens, happens according to the mind. Man’s wisdom is in “accepting destiny” for two reasons: 1) man cannot change anything, so it’s foolish to try, and 2) what happens is ingenious, so it would be foolish not to accept it.

What Is Human Freedom, If Everything Is Predetermined?

The Stoics say that a person’s freedom in his personal attitude towards all events that he cannot influence. More precisely, he will be happy when he accepts what was given to him and how it was given to him, and that is how he wants it.

In Stoicism the independence from external events and opportunities, from the external course of the world, is the basic advantage and quality of a sage: a sage is free and nothing that happens to him in everyday life can shake his virtue, knowledge, and happiness; his wisdom and his happiness are only in himself and the rest of the world doesn’t concern him. Overcoming the outside world enables the happiness of the sage. This world, over which man has no power, can be overcome only in the interior of the individual; the sage must therefore become the master of the influences which the world exerts on him. These influences are reflected primarily in feelings and lusts. Wisdom is, therefore, motionless stillness in oneself, liberation from affections, callousness.

The Stoics call this wisdom of becoming indifferent to all things that one cannot influence ataraxia. Ataraxia is indifference to things that do not depend on it, and thus to the Stoics, they are not even important for their happiness. The ethical ideal of self-sufficiency is called autarky, and ataraxia is a necessary condition for autarky.

A man cannot prevent destiny from giving him pleasure and pain, but he can endure all its blows and preserve his proud self-consciousness and consider pleasure not as something good and pain not as something evil. Virtue is identical with the rational mastery of affect and is the only good. Vice consists in the domination of affect over the mind, is the only evil. All other things and relations are indifferent, even life. There is no middle ground between the wise and the foolish: the wise are wise and virtuous in all things, the fool is foolish and sinful in all things.

Although Stoic philosophy did not opt for any form of the state due to its principled indifference to everything real, it was the first to develop the idea of world citizenship. In the idea of justice and general love for man the Stoics include slaves, although for their social demands, in accordance with the ethical thesis of indifference, they never entered into an active fight. With its contemplations of society Stoa anticipated the great movements of the disenfranchised masses, but Stoa remained practically limited by its passive reconciliation, introspection, disinterest in real historical movements, and social disengagement. 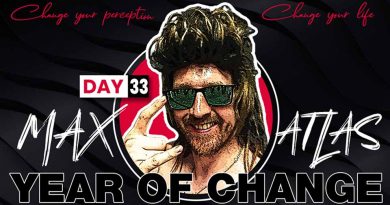 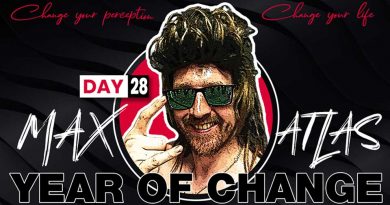 How to Have a Healthy Mindset with Geo – Day 28 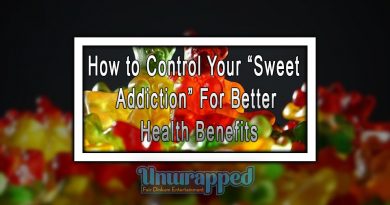 How to Control Your “Sweet Addiction” For Better Health Benefits

Differences Or Similarities Between Stoicism And Spirituality