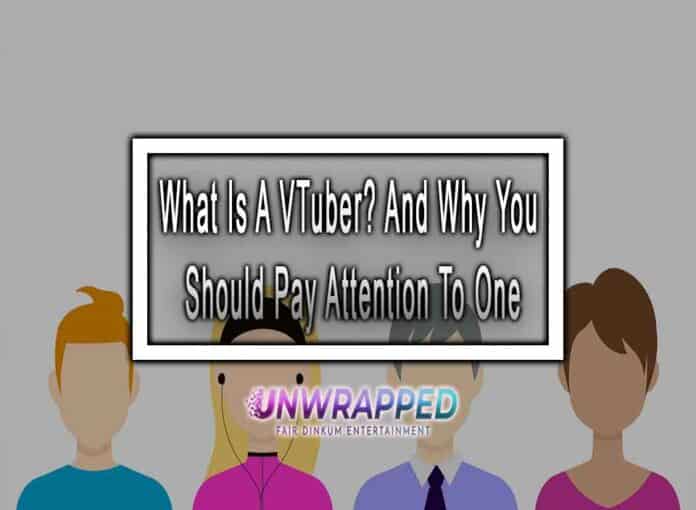 The video streaming market is a noisy place. In fact, it’s so noisy that it can be hard to cut through the noise and find something that stands out from the rest. That’s why many people are unaware of the growing trend of virtual YouTubers – also known as VTubers or virtual influencers. An increasing number of digital personalities are choosing to represent themselves as digital avatars instead of humans, with some even going so far as to base their entire careers on their virtual personas. These new-age influencers offer a different kind of interaction with their fans, which has led to an explosion in popularity among this niche group.

What Is A VTuber?

VTubers are digital or virtual personalities that exist purely online. They are usually seen in video form (in live streaming or pre-recorded videos) but don’t necessarily need cameras or microphones to be present. Digital influencers can be any kind of person, any age, and any gender. The only thing that unites them is their online presence. VTubers usually have a specific theme or aesthetic that unites their content. This can be anything from a specific genre like gaming, to a specific style of dress, to a specific type of humour. Virtual YouTubers are often confused with digital influencers, which is something broader that includes any kind of person who shares opinions or advice online. Virtual YouTubers are one specific type of digital influencer that represents themselves using an avatar instead of a real-life photo.

These virtual avatars are primarily made by professional artists who offer VTuber commissioning services. Seeing as these avatars are their online identity a lot of time, effort and money go into making them. For most people starting out VTubing, models can be difficult to make without any experience with graphic design or animation. Instead, many people turn to free VTuber software that can be used to create a half-decent avatar. Just until they are ready to upgrade.

Why Are Virtual YouTubers So Popular?

While VTubers are a relatively new phenomenon, there are a few reasons why they have become so popular so quickly. First, VTubers are able to engage with their audiences in a different way than real-life YouTubers. When you’re watching a video, your first instinct is to watch the screen.

When you’re watching a VTuber, you’re engaged in a two-way conversation. You’re watching their face, you’re reading the subtitles, and you’re engaging with the VTuber in a way that you can’t do with real-life YouTubers. This proximity to the audience and this different style of engagement means that VTubers feel more approachable and relatable than traditional YouTubers.

This increased relatability is another reason for the popularity of VTubers. With real-life YouTubers, fans will often feel a sense of unattainability. They might not be able to relate to the YouTuber’s life or they might not feel like they can approach the YouTuber to discuss their content. But with a VTuber, you can see the YouTuber’s face, you can see that they’re just like you and that they’re approachable. They’re much more relatable than a traditional YouTuber.

The Rise of Virtual Influencers

VTubers are a relatively new phenomenon, but they’ve managed to take the digital influencer space by storm. The first VTubers started appearing in the mid-2010s, and VTubers are now more popular than ever. In fact, according to research from YouTuber SQUID, VTubers might even overtake real-life YouTubers in terms of popularity. SQUID estimates that there will be 8.4 billion VTubers by 2026, compared to 6.1 billion YouTubers. There are a few reasons why virtual YouTubers have become so popular in such a short space of time. First, there is a wider variety of VTubers than ever before. While there are still plenty of gaming VTubers, there are also VTubers focused on fashion, food, travel, advice, and more. There’s something for everyone, and no matter what you like, there’s a VTuber out there who caters to your interests.

How Do VTubers Make Money?

VTubers make money in a few different ways. The majority of VTubers make money from advertisements and sponsorships. When a VTuber makes a video, they can add advertisements in the video, and these advertisements will be seen by every person who watches the video. There are also sponsorships, where a company pays a VTuber to promote or wear their product. Again, this will be seen by every person who watches the VTuber’s videos. VTubers also make money from merchandise. This includes things like T-shirts, hoodies, posters, and other accessories. Most VTubers also make money from live streams, where they charge viewers a small fee to watch the VTuber perform live. Again, they usually have the option to pay a little extra to get special content or wear a specific T-shirt.

Yes! There’s never been a better time to pay attention to VTubers. With the rise of VTubers, brands have a huge opportunity in front of them. There are plenty of VTuber types out there that will appeal to a wide range of demographics. And, with the rise of VTubers, there are a lot more VTubers available to work with and interact with brands. There are also a few reasons why brands should pay attention to VTubers. First, VTubers are very approachable. They’re happy to talk to brands and are excited about the partnership. They want to work with brands, and they want to work with brands that their fans enjoy as well. Secondly, VTubers are a trusted source. Fans love their VTubers, and trust them. If a VTuber says that a product is good, then fans believe them.

VTubers are growing in popularity, and they offer a unique way to connect with an online audience. VTubers are more relatable and personable than traditional YouTubers, and they are excited to work with brands. Virtual YouTubers are a great new way to interact with fans and build a strong online presence.

The Art of Building a Scalable Trading Platform

The Art of Building a Scalable Trading Platform

10 Most Amazing Phone Cases For iPhone/Android