What Is A Sore Throat? 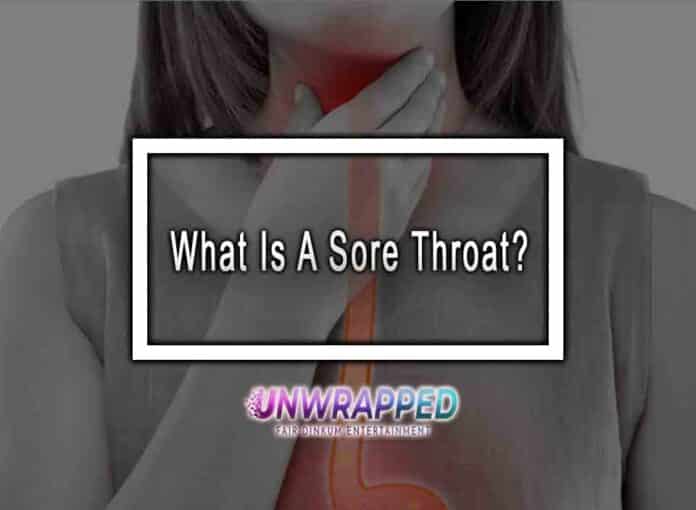 The throat is the area behind the bell at the rear of the mouth. The bell is called the uvula in medicine, and the throat is called the oropharynx. Tonsils may be found on both sides. A sore throat may be caused by changes in the oropharynx, tonsils, or both. The discomfort may vary in intensity and occur continuously or just during swallowing.

What Is The Cause?

Infections of the throat produced by numerous bacteria are the most common cause of sore throat. The illness is termed pharyngotonsillitis if it involves the whole region, which is the most frequent case, but tonsillitis if just the tonsils are afflicted.

Virus infections, particularly in young children, are the most prevalent cause of pharyngotonsillitis. Other respiratory symptoms such as nasal congestion, cough, or conjunctivitis are also present.

Streptococcus bacteria are the most common cause of bacterial infections. They are more common in children over the age of three, are not generally accompanied by catarrhal symptoms, and odynophagia (pain during swallowing) is a common symptom. High fever, vomiting, headache, stomach discomfort, and enlarged cervical glands are all common symptoms.

A foreign body, such as a thorn, or damage from any item that may reach the oropharynx, such as a pencil, are other reasons of a sore throat in children. In general, youngsters will deny voluntarily placing a foreign body in their mouth, so empathies with them and insist on this likely source of sore throat.

What Are The Symptoms Of Pharyngotonsillitis?

The most common symptom is a sore throat. Swallowing difficulties, an intentional decrease in meal intake to minimize discomfort, and drooling are all possible side effects.

As previously stated, odynophagia may be accompanied with catarrhal symptoms such as fever, headache, stomach discomfort, enlarged glands in the neck or under the jaw (sometimes unpleasant to the touch), vomiting, and fatigue, depending on whether the infection is viral or bacterial. Virus infections enable the youngster to keep a pretty typical level of activity, but bacterial infections might cause a more significant change in the overall state.

A reddening of the throat and tonsils may be noticed when looking directly at the pharynx with a light, with or without white patches or plaques. Viruses or bacteria may cause these plaques to appear on the tonsils.

When Should I See A Doctor?

If you have a fever, a severe sore throat, vomiting, or a broad rash, you should see a doctor. There is also a danger of dehydration if the youngster refuses to take drinks.

What Complications Can Appear?

Complications are uncommon, thankfully. The most dangerous is rheumatic fever, which occurs when pharyngotonsillitis is caused by streptococcus and is not treated. If there is a familial or personal history of rheumatic fever, this complication should be checked out.

In the event of bacterial infection, the creation of an abscess in the tonsils is another consequence. This produces severe throat and neck discomfort, as well as torticollis, a high temperature, and widespread involvement. Surgical drainage is generally required.

How Can It Be Prevented?

Contagion spreads via the respiratory system by coughing, kissing, or close breathing between individuals, making prevention difficult, especially in youngsters. After contacting an item contaminated by another sick individual, the virus may also be spread via the hands. Hand washing is thus critical in the prevention of all respiratory diseases.

Without a doubt, all of the steps adopted during the Covid-19 epidemic helped to reduce the disease spread.

How Is It Treated?

There is no particular therapy for viral infections, and pain medications are only offered for sore throats, which are impossible to prevent in most situations.

If strep is suspected, your doctor will be able to confirm the diagnosis with a simple fast test, the results of which will be available in minutes. If the test is positive, oral antibiotics will be recommended for 10 days, usually penicillin or amoxicillin. A penicillin injection may be given in situations of oral intolerance owing to vomiting or if the youngster refuses to take medicine.

In addition to analgesic therapy, it is advised that the kid consume soft meals and drinks at a warm temperature during sick days.

Also see: Cough And Irritation Of The Airways

Stay Connected
52,673FansLike
5,667FollowersFollow
828FollowersFollow
Previous articleColds: What Remedies Are There For Colds?
Next articleSport In Children With Heart Disease