What are Gig Workers and Freelancers? 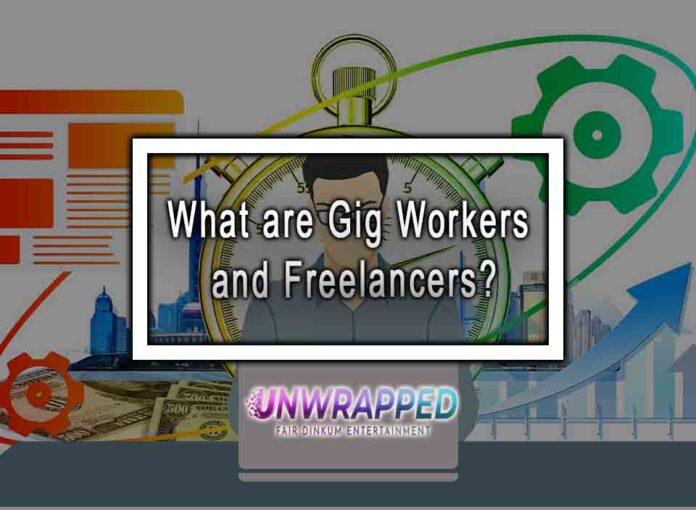 Gig workers and freelancers are becoming more and more popular in today’s world. These are people who work as contractors, doing piecework or jobs that don’t have set hours or a fixed schedule. For some people, this is the perfect job arrangement. It allows them to work from home, use their own resources and make their own decisions. However, for others, it can be a bit of a nightmare. In this blog post, we will explore what gig workers and freelancers are, how they work and the benefits and drawbacks of this type of employment.

Must See:  How Many Freelancers in the World?

What is a Gig Worker?

Gig workers are people who work as independent contractors rather than employees. They are usually hired for short-term projects and usually don’t have benefits like healthcare or retirement savings. gig workers typically get paid by the hour, and they may not be able to unionize.

There has been a recent increase in the number of gig workers in the United States, as companies try to reduce costs and make it easier to find temporary workers. The aim of gig workers is to complete set of small tasks quickly, rather than working on a long-term project. Fiverr is a gig economy website that connects people who need a small task done, such as graphic design or social media marketing, with people who can do the task for them.

What is a Freelancer?

A freelancer is someone who works on a contract basis, generally for an individual or company. They are typically not employees of the company they work for, but rather independent contractors. That means that freelancers have more autonomy and flexibility than employees do, and can work from anywhere they want. Freelancers can also be consultants, sole proprietors, or self-employed. Freelancers are found on all sectors of the economy, including professional services, technology, creative industries, and more. They work on platforms such as Upwork, Freelancer.com, and People per Hour.

Also see: How To Save Money on a Tight Income?

Pros and Cons of Gig Working

Gig workers are people who work as independent contractors, typically earning less than regular employees. There are pros and cons to this kind of work:

Read More: How to Recruit Freelancers?

Pros and Cons of Freelancing

Freelancing can be a great way to work from home, have more control over your work schedule, and make extra money. However, it can also be risky and be difficult to find clients. Here are some pros and cons of freelancing:

The Future of Gig Working and Freelancing

Today, gig workers and freelancers are the norm. With so many opportunities available online, it’s no wonder that this type of work is on the rise. So, what is a gig worker, and why are they becoming so popular?

Simply put, a gig worker is someone who works as an employee or contractor for a short-term project or task. Freelancers are similar, but they freelance their own work instead of working for a company or client. There are many reasons why this type of work is growing in popularity.

For starters, there’s always demand for new talent. Whether it’s in the tech industry or elsewhere, companies always need extra help to get things done. Plus, freelancing allows people to set their own hours and make their living how they want.

Another reason why gig working is on the rise is because it’s much easier than traditional employment. With technology advancements like online platforms and apps, getting hired has never been easier. And unlike in previous years when employers had to go through long application processes and meet certain qualifications, today’s job seekers can simply post their resume online and wait for responses from potential employers.

So, whatever your career plans may be, don’t forget about gig work and freelancing options. They could be perfect for you if you have the necessary skillset and personality fit.

In conclusion, gig workers and freelancers are becoming more and more popular in today’s world. They offer many benefits, such as the ability to work from home, make a lot of money, and have more control over their work environment than regular employees. However, there are also some drawbacks to this type of employment. For example, gig workers may not have benefits like health insurance or retirement plans, and it can be difficult to find reliable clients. So, whatever your career plans may be, don’t forget about gig working and freelancing options. They could be perfect for you if you have the necessary skillset and personality fit.

Keep Reading: Which Platform Is Best For Freelancers?

How Freelancing Is Changing Work?

A Guide to replacing your Kitchen Sink