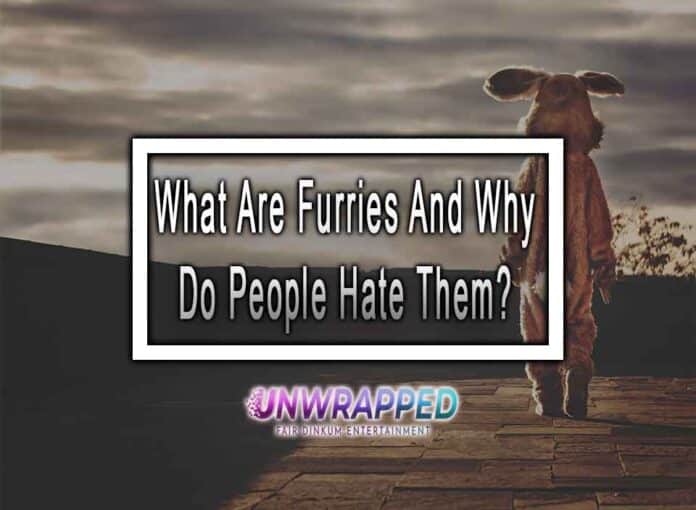 What Is A Furry?

In its simplest form, furries are people who have an interest in anthropomorphic animals or rather animals with human qualities. That may sound a little confusing but chances are you have seen the kind of animals we are talking about as they are generously dotted throughout pop culture. Examples of these include characters like Zootopia’s Nick Wilde, The Bad Guys’ Mr Wolf, or even Toothless from How To Train Your Dragon. Furries are members of a community known as the furry fandom, sometimes shortened to just “the fandom” and are often on the receiving end of some pretty relentless hate. So let’s explore where this hate comes from and whether or not it is even justified.

What Do Furries Do?

To understand why people may hate furries, understanding what it means to be a furry is a good place to start. Looking at just the definition above you may be baffled by why that would call for hate at all, therefore, it must go deeper right? Well… kind of.

A lot of furries create what are known as fursonas. These are anthropomorphic animal versions of themselves or another person. They are these animal characters that bear characteristics similar to themself whether that’s personality-wise or physical appearance wise or sometimes it’s neither and it’s just a character they can call their own. You don’t necessarily need to have a fursona to be considered a furry but a large portion of furries have one.

Because of this whole fursona thing, as you could imagine, the furry community also takes great interest in the art community so much so that there are literally furry art communities. These are spaces where furry artists can meet other furry artists, share their art, and even collaborate on other projects. Sites like Fursonafy orient around making furry art or fursonas for members of the furry fandom.

What Is A Fursuit?

We’re going to be throwing the word “fursuit” around a lot, so it’s worth explaining what a fursuit really is.

A fursuit is a custom-made animal costume worn by some members of the furry fandom known as fursuiters. Much like cosplayers, they wear these costumes to events such as conventions or furry meetups. They look similar to mascot outfits but in contrast to mascots, the fursuits represent that animal character we were talking about earlier on, fursonas. These suits can take months if not over a year to make and are pretty pricey, so you can understand why fursuiters would take pride in these suits.

Why Do People Hate Furries?

With all this in mind, you may ask yourself what reason a person would have to hate furries at all. All of their interests listed above don’t seem to be very hate-worthy, so what is going on here?

A big problem that the furry fandom faces are the constant misconceptions that surround it, the biggest one being the inability to separate furry from zoophilia. Pretty much everyone, including furries, agree that zoophilia is indescribably wrong and inexcusable. However, for some reason, the fandom’s interest in anthropomorphic animals causes them to get lumped in with zoophiles despite there being no correlation between furries and zoophiles at all.

For those who don’t know, roleplay is acting out or performing as a different character in a certain scenario, in this case as a form of entertainment. While furry roleplay can be a little bit strange, or even sexual at times, this isn’t a representative of what it means to be a furry. For a lot of the following issues on the list, you will see a similar problem of some furries doing something that is generally frowned upon, and then this disdain for the said thing is projected onto the entire fandom.

Having said that, roleplay in general, not just among the furry fandom, has a connotation of being cringe and this therefore shouldn’t be reflected in just the furry fandom.

Another huge misconception that the furry fandom faces, more specifically the fursuiting community, is the idea that there is something inherently sexual about wearing a fursuit. While there is such thing as a mursuit, which is essentially a fursuit designed for people with a fursuit fetish, these are often frowned upon even by the fursuiting community who just want to wear their fursuits for the fun of it.

Do Furries Deserve The Hate?

If you couldn’t tell by the tone of this post, the hate that furries get is pretty unjustified. A lot of it stems from misconceptions and ignorance of actual research about the furry fandom, instead just drawing personal conclusions about them based on what other people who already hate the fandom say.

Disney+ Hotstar Subscription in Australia: How to Get the Most Out...