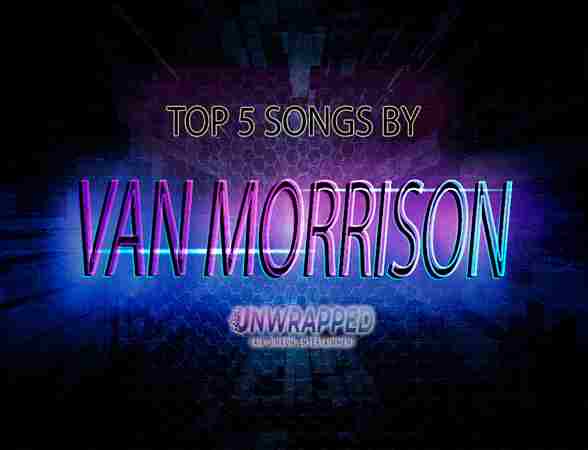 We know how excited you are to be swept away by music through Van Morrison‘s Top 5 Tracks. Australian Unwrapped would like to give you first a glimpse of the life of the artist. Enjoy reading and listening!

All about Van Morrison

Who is Van Morrison: Sir George Ivan Morrison in real life, Van Morrison is known as “Van the Man” to his fans. “Brown Eyed Girl,” Morrison’s first solo single, was released in 1967. Both the Rock and Roll Hall of Fame and the Songwriters Hall of Fame have inducted him.

His parents were George Morrison, an electrician, and Violet Stitt Morrison, a singer and tap dancer who had once been famous.
At eleven, Morrison’s father gave him an acoustic guitar, and he mastered rudimentary chords from Alan Lomax’s song book The Carter Family Style.
The Sputniks, a skiffle group named after the Soviet satellite launched in October 1957, was Morrison’s first band as a twelve-year-old.

We freaking love music here at Unwrapped, and we adore Van Morrison. In our humble opinion, here are the BEST FIVE SONGS by the legendary Van Morrison (most liked, listened and downloaded songs) across the web!!!

Hey, where did we go?
Days when the rains came
Down in the hollow
Playin’ a new game
Laughin’ and a-runnin’, hey, hey
Skippin’ and a-jumpin’
In the misty morning fog with
Our, our hearts a-thumping and you
My brown-eyed girl
And you, my brown-eyed girl
And whatever happened
To Tuesday and so slow?
Going down the old mine with a
Transistor radio
Standing in the sunlight laughing
Hiding ‘hind a rainbow’s wall
Slipping and sliding

Into the Mystic 2013 Remaster

Well, it’s a marvelous night for a moondance
With the stars up above in your eyes
A fantabulous night to make romance
‘Neath the cover of October skies
And all the leaves on the trees are falling
To the sound of the breezes that blow
You know I’m tryin’ to please to the calling
Of your heartstrings that play soft and low
You know the night’s magic seems to whisper and hush
You know the soft moonlight seems to shine in your blush
Can I just have one more moondance with you, my love?
Can I just make some more romance with a-you, my love?

Have I Told You Lately

I hope you enjoyed listening to Van Morrison !