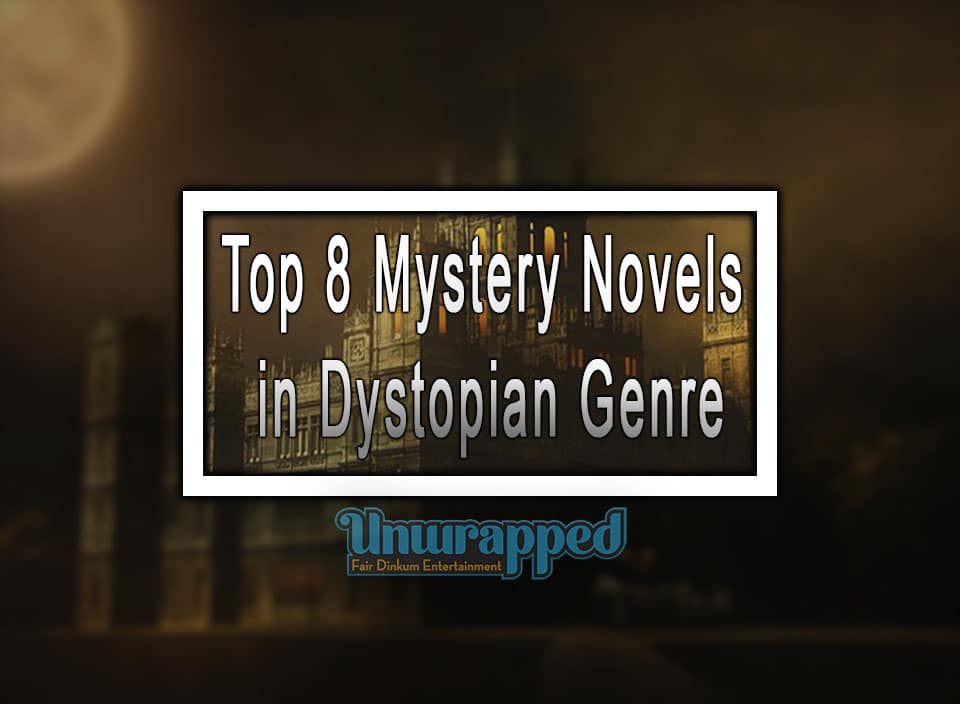 Thrill and thought-provoking scenes are two of the essential ingredients that make up a remarkable dystopian book.

With its multitudinous genres and sub-themes, the mystery topic is one of the most beguiling storylines that keep everyone hooked up when reading dystopian novels.

By saying so, I’ve come up with a list of some of my most favourite dystopian mystery novels. Some of them are from my old collection, while I have enthralling new additions to share with you again.

Almost everyone, if not all, have been on their edge-of-the-seat experience reading Jonathan Swift’s classic masterpiece “Gulliver’s Travel.”

While it’s not entirely a dystopian book, but it has the elements of what makes an awry plot due to the exhilarating adventures of Lemuel Gulliver in various mystical islands. Hence, it’s one of my favorite dystopian books of all time, and today, I’m listing it down in my personal choice of dystopian mystery novels.

Franz Kafka has startlingly created a dystopian mystery novel that will surely give you thrill and thought-provoking feeling while reading it.

Published in 1925, Kafka’s masterpiece “The Trial” enthrals us with the mysterious entanglement of the main character. It follows the life of Josef K, held captured and convicted by the obscure and inaccessible authority.

The mystery lies in the fact that he didn’t know the crime he committed, and Kafka never revealed it in the story, which consistently provokes the emotions and minds of the readers.

Saramago tells the story of an unexplained, unknown mass outbreak that leaves no one from getting blind. It focuses on a handful of characters who got hit by the “white blindness” plague.

The worst, most dreadful things are yet about to happen when the government holds them captive in the vacant mental hospital.

This 1982 novel from the “King of Horror” in literature, “The Gunslinger,” is the first volume released from his notable “Dark Tower” series, which became a blockbuster hit in its film adaptation starred by Idris Elba and Matthew McConaughey.

Known for his brilliance in creating horrifying, thrilling, and mind-blowing stories, King leaves us bedazzled in the twists and turns of his plot while focusing on the journey of “The Gunslinger” Roland Deschain, the last one of his kind, in finding the mysterious tower where “the man in black,” is hiding for more than many years.

One of the best-selling dystopian mystery novel series is coming from the exceptionally talented author Michael Grant.

“Gone” starts with a thought-provoking narrative where out of nowhere, everyone under and above fifteen years old abruptly disappears without traces, leaving the younger generations as the only remaining people on earth.

While they search and wonder what happened, they discover the hot, impenetrable wall enclosing the entire town and giving them supernatural powers.

A 1963 classic literary hit “Cat’s Cradle” by Kurt Vonnegut Jr. brings us to an intriguing and nerve-wracking adventure of finding a fatally lethal weapon that can end all human lives left by one of the founding fathers of the atomic bomb.

The narrator has to find the deadly chemical weapon “ice-nine” that can turn the entire planet earth into unimaginable stone-cold ice.

Other dystopian mystery novels from my collection, which are worthy of your time include “The Dispossessed” by Ursula K. Le Guin, “The Adoration of Jenna Fox” by Mary E. Pearson, “Swan Song” by Robert R. McCammon, “Birthmarked” by Caragh M. O’Brien, and “Blood Red Road” by Moira Young, among others.

The Library at Mount Char

This 2015 contemporary dystopian mystery novel by Scott Hawkins is an intoxicating addition to my collection.

“The Library at Mount Char” will leave you breathless with its cliffhanging plot of thrill and mind-boggling narratives. It chronicles a story about parts of a town got destroyed due to an unexplained phenomenon, leaving twelve children to survive.

A powerful, as Hawkins describes the character as a god-like character, came to the rescue and adopted the children. He brought them in “the Library,” which houses all the books that contain everything about the universe and divided them into twelve areas.

He gives each one to the twelve children he adopted and requires them to master a specific area of knowledge with a reminder of the temptations that come along with it. After years of rigorously daunting training, each of the children got mysteriously removed from the library.

They can’t enter the library again due to the force that’s blocking the way. While at that, Father was nowhere to be found, and thus, left them thinking that he could have been captured or killed by the unknown enemies. So, they gather together and organize in solving the puzzling mystery behind it.

A Philip K. Dick masterpiece that details the mysterious world of a deadly drug that’s finding its way out the streets. This substance can destroy the links of the brain’s hemispheres, leading to brain damage.

An undercover agent from the narcotics is trying to solve the puzzling crime, and while he gets immense and desperate to find out the ultimate source of the drug’s supplier, he poses as a user that brings him to the dark side of it.

Dystopian Movies on Netflix To Watch