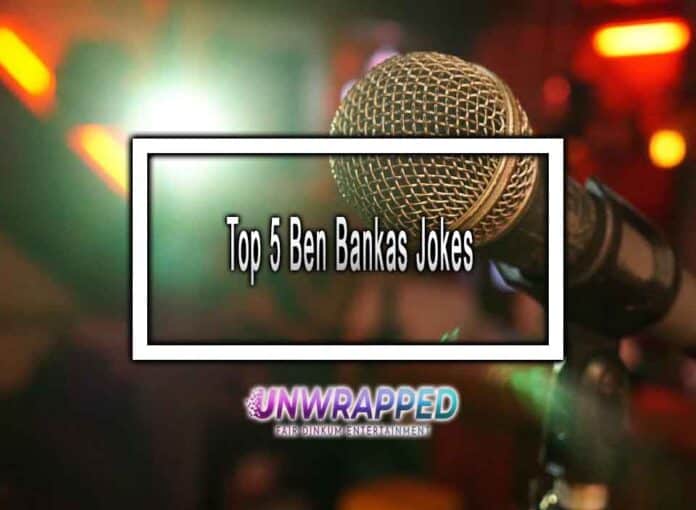 Ben enjoys joking, chit-chatting, and drinking with the other comics backstage. Ben notes, ‘ since most comedy clubs have an alleyway where we can smoke, we usually hang out there before and after the act.’ That’s a comedian’s happy place. Here are the top 5 jokes by Ben Bankas!

After spending two weeks on paternity leave, Ben is back to talk about the new Canadian government program “MAiD” that will help the mentally ill get rid of themselves, the Asian movie star who was hurt by a Twitter DM, Trudeau getting heckled in Alberta, the parents whose kids can’t get the job, and more. Enjoy!

Patrons get access to more than 60 additional podcast episodes, tweets, images, movies, and more that aren’t available anywhere else. *WARNING* Shotty audio in some places, but funny. Ben and Armin discuss the woke news stories from the previous week, with a particular emphasis on the struggles of the LGBTQ2AA+ community, global politics, and the sad loss of a fellow comic named Nick Nemeroff. Nick, RIP.

Ben discusses the connections between humour, woke culture, the media, and the government. The WEF summit in Davos, the Texas shooting, Ricky Gervais’ special, the indignation in Winnipeg over jokes, the outrage over Jordan Peterson on the news, the Canadian government acknowledging that Tucker Carlson is a threat to national security, and so forth. That week was CRAZY. Listen to learn more about it.

Ben is an internet sensation. Alex Stein, who recently gained notoriety for disrupting municipal council sessions. His most recent smash was a clip of him rapping about the jab in Dallas while dressed as a nurse. But first, Byron, Ben’s buddy from Vancouver, arrived in Texas. They have a funny conversation about truckers and what, if anything, this will all mean for Canada as they introduce Alex Stein’s interview. Enjoy!

Ben discusses the Mike Tyson controversy, the Russian Central Bank default, the Canadian Health Department tweeting a pornographic link, genderless emojis, the individuals who are inherently immune to the “virus,” and the design of Trudeau’s new residence. Ben also hears about a woman named “Norman”, whose kid had a fever, which indicates we should all remain indoors for another two years and attempts to understand how the mainstream media is gaslighting the subject of free speech.