Skip to content
You are here:Home / Top 10 Most Entertaining Movies of All Time 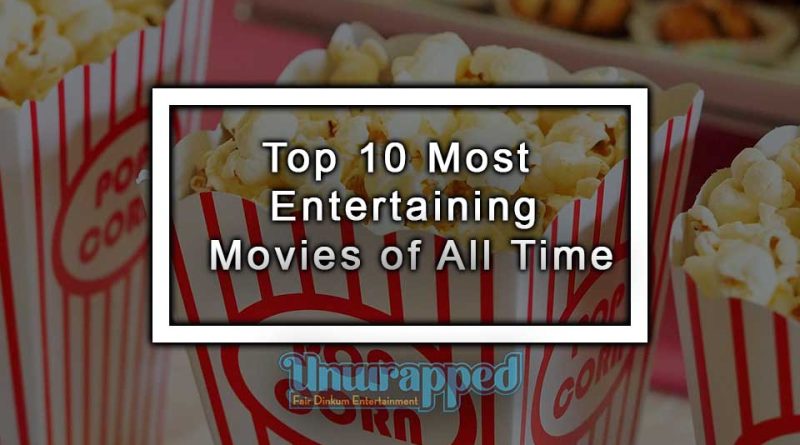 This article will list some of our top picks for the most entertaining films of all time. Whether it’s a film that makes you want to try your hand at some casino games, one that makes you nostalgic for the good old days or one that makes you laugh, we’ve got it all. This list includes films across a wide variety of genres, but it’s important to note that not each of these is family-friendly — be sure to screen each of these for adult content.

“Say hello to my little friend!”

Al Pacino delivered the now infamous line in his career-defining role as a Cuban gangster in Scarface. The film follows Pacino’s character, Tony Montana, from his early days as a poor emigrant from the embattled Caribbean island nation to his meteoric rise through the upper echelons of Miami’s drug cartels.

Co-stars include Michelle Pfeiffer and Mary Elizabeth Mastrantonio in what many consider to be the roles that helped make them into some of the hottest Hollywood starlets of their era.

No list of Hollywood’s most entertaining films could be complete without including Francis Ford Coppola’s The Godfather. Considered by many to be one of the greatest — if not the greatest — films of all time, The Godfather follows the trials and tribulations of what could, to an outside observer, appear to simply be an upper-class Italian immigrant family achieving the American dream.

Beneath the façade, we discover the family’s patriarch is Don of one of the most powerful families in the Sicilian crime syndicate, La Cosa Nostra. With many iconic lines that will be quoted for generations delivered in powerful scenes that display the range of human emotion, as well as the brutality of organized crime, this is without a doubt one of the most entertaining films ever created.

In an early role for household name Jamie Lee Curtis, Halloween follows the story of a young woman (Curtis) and her group of friends as they are each stalked by Michael Myers, a serial killer who recently escaped from a mental hospital for the criminally insane and has resumed his quest for blood — claiming an all-new set of victims in an idyllic small town in Illinois.

Now considered one of the most iconic movies in horror film history, Halloween is synonymous with its namesake holiday. This is the perfect movie to watch with a bit of popcorn on a chilly fall evening, but the faint of heart may want to sleep with a night light on long after the credits roll.

4. A Nightmare on Elm Street

Another horror classic, A Nightmare on Elm Street, is about a serial killer who’s hard to catch — the severely disfigured Freddy Kreuger’s secret to dodging the authorities is that he only appears in his victims’ dreams, wielding fingers made of blades to cut down his victims while they sleep. However, if you die in your nightmare, you die for real.

Despite being wildly entertaining, this is one of those movies that sticks with you and is capable of terrifying even the most ardent horror fans. Watch at your own risk!

Alfred Hitchcock’s legendary film Psycho, which broke several Hollywood conventions in its day and revolutionized its genre, is a masterclass in psychological thrillers. When a young woman running from the law stops off at a seedy motel on a stretch of lonely highway, she meets an unfortunate end at the hands of the innkeeper’s seemingly invalid mother — but not everything is what it appears to be at first glance.

The shower murder scene will undoubtedly go down as one of the greatest moments in film history, and this paradigm-shifting thriller will keep you on the edge of your seat from start to finish.

Catch Me If You Can follows the exploits of Frank (Leonardo DiCaprio), a conman and ace forger who manages to dodge the authorities and make his fortune swindling his way across the globe while on the run from the law — with FBI agent Carl (Tom Hanks) hot on his heels the whole time. This is a fun, light-hearted romp that’ll keep you guessing as to how it’ll all turn out.

Martin Scorsese’s take on the Italian — more specifically, Sicilian — mafia has a few more laughs than Coppola’s Godfather, if not quite as much emotional depth. It’s inspired by the true story of Henry Hill, the son of a Sicilian-American woman who is inducted into New York’s infamous Lucchese Crime Family. It’s a typical “rise and fall” flick that will keep viewers entertained — even if all the leading players are characters they love to hate.

8. The Wolf of Wall Street

This is a raucous film inspired by the true-life events of Jordan Belfort, from his beginnings as a wealthy broker in the New York Stock Exchange to his gradual fall into a life of crime and corruption. This adult-only film features a winning performance by Leonardo DiCaprio and co-stars Jonah Hill, Margot Robbie and Matthew McConaughey.

This film takes on WWII in true Quentin Tarantino style — quirky, strange and even downright bizarre at times, this film is about a group of Jewish soldiers who have a plan to take down some top Nazi officials. A work of complete fiction, the film serves as a cathartic take on the evils of the Holocaust and is presented with plenty of humor by its star-studded cast, which includes Brad Pitt, Diane Kruger, Eli Roth and more.

“The first rule of Fight Club…don’t talk about Fight Club.”

Edward Norton stars as a perpetually lethargic insomniac who meets an enigmatic soap-maker (Brad Pitt) and gets drawn into starting an underground club known as “Fight Club,” where members let off steam by engaging in all-out brawls with one another. Full of laughter and more than a few thrills, this movie shines under its two talented leads, with a characteristically exquisite performance by Helena Bonham Carter to boot. 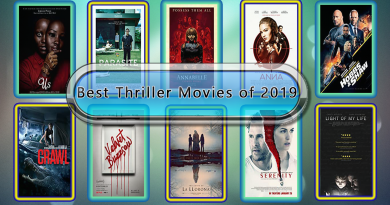