Skip to content
You are here:Home / Top 10 Australian Churches to Visit in 2020

When you are in Australia, you have every chance of witnessing the religious enthusiasm in this country with few of its ancient, rich, and magnificent churches that are pretty well-known in all over Europe as well. The massive and lively tradition of churches and cathedrals in Australia showcases the rich religious history of the country.

Within its relatively not so long history, Australia has managed to build some incredible and remarkable churches and cathedrals depicting several Gothic styles. However, here are the 10 most beautiful churches in Australia that you must add to your bucket list whenever you visit it.

Built-in 1839, St Michael’s Uniting Church in Melbourne is among Australia’s most beautiful churches. In 1866, the church was reconstructed by Joseph Reed after being destroyed once. The church was designed by the same person who designed the Melbourne Town Hall and also the famed Melbourne Exhibition Building.

The church originally depicted the Lombardic style and was later changed to the wishes of Joseph Reed. The architecture of the church depicts a theatre-like décor so that the minister is visible and audible to everyone at the church.

St Paul’s Cathedral, designed in the 19th century by William Butterfield, follows the European Gothic style. It is counted among the most famous cathedrals in Melbourne. John Barr, in 1926 rebuilt the spires which were constructed at that time around.

The cathedral hosts weddings, baptisms, funerals, and various other religious duties and services. In the church, you can wander around to explore and admire the captivating magnificent beauty of the cathedral.

St Patrick’s Cathedral gives you the positive vibes about visiting it. The church is situated in the heart of Central Business District of Melbourne. It is counted as one of the most popular structures among the churches and most beautiful churches in Melbourne and Australia as well.

The most captivating part of the St Patrick’s Cathedral is its mesmerizing and elegant design that pleases to the eyes every time you see it. The architecture is splendid. The interior is loaded with large blue-stoned walls giving a breathtaking neo-gothic appearance.

While admiring the mesmerizing beauty of Australian churches, Sacred Heart cathedral will always be brought up. It will not only captivate you with its rich history but its artistic beauty will leave an everlasting pleasant impression on your mind. The Sacred Heart Cathedral is loaded with surprises, the beauty of the sceneries, and architectural wonders.

The architecture of this church was designed by William Tappin. He framed the building In the English Gothic style. The cathedral’s design is known for its structural height that brightens the interior of the cathedral as much possible. The cathedral depicts a well-structured and stylish old design that makes your trip a pleasant one.

5. St Mary of the Angels Basilica

St Mary of the Angels Basilica was built in the period of Gold Rush. During this period, the fast-growing population of the town gave rise to the construction of this church to accommodate the mass of people. The iconic church is a top attraction in Geelong.

The praise goes to the magnificent designs of this fascinating cathedral. The church is 130-feet wide and around 200-feet long and consumed about 40,000 pounds for its construction. You’ll simply love its captivating beautiful architecture.

Built-in 1900, St Mary Star of the Sea is deemed as the most beautiful and magnificently designed Australian church. Apart from being among the most beautiful churches, it is also Melbourne’s largest parish church with an area to accommodate as much as 1200 people.

The church was designed by the architect Edgar J. Henderson in eight long years. The church is built on French Gothic styles. The church is now acknowledged as one of the stunning and fascinating churches in Australia.

St George Cathedral is a fine embodiment of Victorian Gothic style. Therefore, it was declared as a heritage in 2001 and is an important contribution to the religious groups in Perth. It is highly regarded by the local community, Anglican Church members, and now tourists who come to witness its striking magnificent architecture.

The church is one of the best works by the popular Australian architect Edmund Blacket reflected by its elegant yet beautiful design. The cathedral is deemed as an exemplary reflection of Victorian Gothic architecture. The church has rose-coloured walls with a bricked interior that makes everyone applaud its beauty.

St Francis Xavier’s Cathedral is situated in Adelaide, South Australia and is a Roman Catholic Cathedral. It has jointly earned the title of the ‘City of Churches.’ The Cathedral is a design by Richard Lambeth. With its construction beginning in 1851, it is the oldest cathedral in Australia. However, the final construction was completed in 1996.

13 bells surround the cathedral. You’ll notice a large number of people in cathedral alongside the fascinating bronze sculptures of Joseph and Jesus. The Cathedral’s western side also masterly features the flight into Egypt.

Albert Street Uniting Church is situated in the mid of Brisbane’s CBD. Wesley Mission Queensland uses this cathedral as the spiritual home. The church was designed by the architect George Henry Male Addison and constructed during the years 1888-1889. In the early 20th century, the church was the city’s central Methodist church and after 1977, it transformed into the Uniting Church.

The architecture has red brick colour and trimmings made up of white Oamaru limestone. Its most prominent feature is the pulpit and pipe organ decorated beautifully. The church hosts annual conferences and notable Methodist’s occasions were celebrated here.

In 1865, the first stage was completed followed by completion of the second stage in 1920. In 2009 the final stage was completed as well with introducing an extensive seat arrangement to accommodate 1600 people with an underground community centre. From Hyde Park, the view of the church is truly breathtaking with simple tracery and pointed arches. 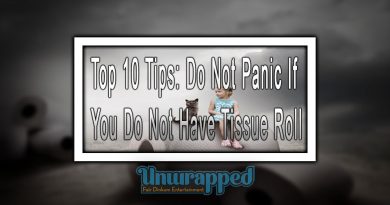