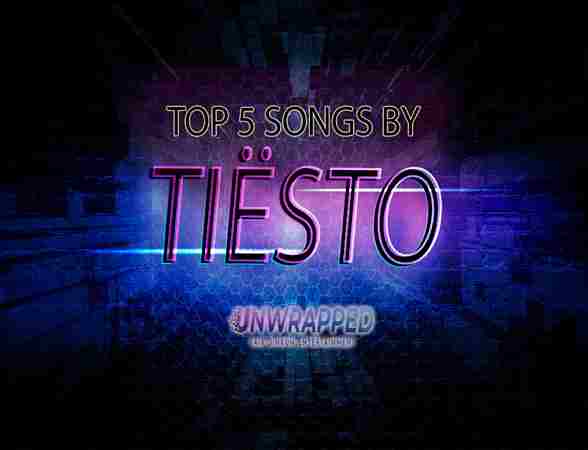 We know how excited you are to be swept away by music through Tiësto‘s Top 5 Tracks. Australian Unwrapped would like to give you first a glimpse of the life of the artist. Enjoy reading and listening!

Who is Tiësto: Tijs Michiel Verwest is best known for his stage moniker Tiësto. He is considered as the “Godfather of EDM”. Commercial attention was gained by his 2000 remix of Delerium’s “Silence” featuring Sarah McLachlan. ‘In My Memory’, his debut solo album, spawned multiple major hits which launched his career. For three years in a row from 2002 to 2004, DJ Magazine voted him World No. 1 DJ in its Top 100 DJs readership poll.

Tiesto was appointed Officer of the Order of Orange-Nassau by Queen Beatrix of Holland following the release of ‘Just Be’ in 2004.
He has his own Reebok sneakers which have an orange hue.
He’s depicted in a wax figure at Madame Tussauds in Amsterdam.

We freaking love music here at Unwrapped, and we adore Tiësto. In our humble opinion, here are the BEST FIVE SONGS by the legendary Tiësto (most liked, listened and downloaded songs) across the web!!!

She said she too young, don’t want no man
So she gon’ call her friends, now that’s a plan
I just ordered sushi from Japan
Know your bitch wanna kick it, Jackie Chan
Drop top, how we rollin’ out in South Beach (yeah)
Love that Cali rollin’, this might be my destiny (yeah)
She want me to hit it, I guess dinner’s on me (I got you, babe)
Know I got the sauce like a fuckin’ recipe (ohh)
She just wanna do it for the ‘Gram (you know, you know)
She just want that money in my hands (I know, you know)
I’ma give it to her when she dance, dance, dance (ayy)
She gon’ catch a Uber out to Calabasas

Too high, too deep
It’s you, it’s me
Too wired to sleep, oh yeah
One thing to need
Three words I speak
When you’re with me, babe
Oh come on, come on
However I act, you know how much I care
Come on, come on
You know what I want, now meet me if you dare
Love on the run, love on the run
I’ll do anything to be there
Be there
And I’ll always say your name like a prayer
Oh when you touch me there
Oh you’ll always be my ritual
Always, love you all through the night, eh
Be there when the sun is rising
Oh you’ll always be my ritual

I hope you enjoyed listening to Tiësto !