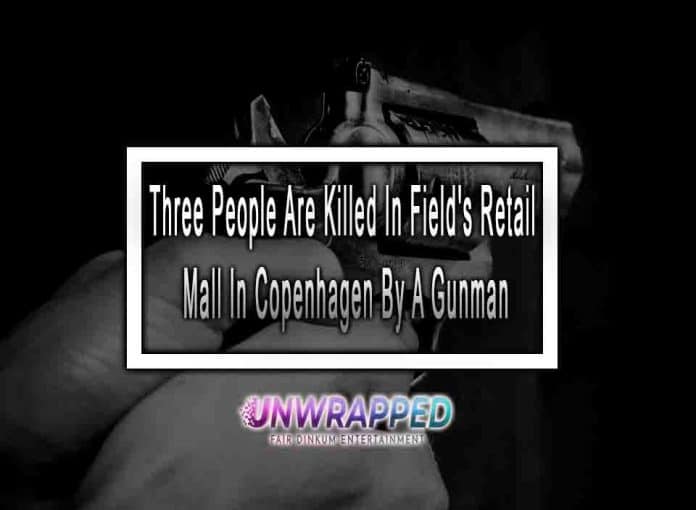 Three people were murdered, and a shooter injured four others at a mall in Copenhagen, the capital of Denmark. The victims are two 17-year-olds from Denmark and a Russian man in his forties. Two Swedes, one of whom is still critically ill, and two Danes were injured.

There is no evidence of a terrorist motive, according to the police, who stated the 22-year-old alleged gunman had mental health concerns. On Monday, a court will interview the suspect, whom the police identified as “an ethnic Dane.” According to Denmark’s prime minister, Mette Frederiksen, there had been a terrible attack. She stated that she wants to inspire Danes to unite and support one another during this trying time.

A tragic mall assault occurred as Denmark celebrated hosting the first three stages of the Tour de France. The suspect had a firearm and ammunition when he was brought into custody, according to the police. They asked store owners to save any video surveillance material because they had no evidence that other assailants were present. More than 140 stores and eateries may be found at Field’s. Shoppers reportedly panicked as shots rang out, according to eyewitnesses.

Isabelle, one of them, reportedly told Danish media: “Suddenly, we hear gunfire. We rush through the shopping centre after hearing what I believe to be ten gunshots, arriving in a restroom where we huddle in a space that can only hold around 11 people. Harry Styles’ performance at a location less than a mile away from the incident was postponed.

Read: The Next Live-Action Series On Disney Plus Is Star Wars: Skeleton Crew

Crowds were already gathering inside the arena when the show’s cancellation was announced. Police took fans, many of whom were in their teens, to subterranean stations where their parents picked them up, according to Danish media. The Danish royal family confirmed shortly after the shooting that Crown Prince Frederik’s planned reception to honour hosting the Tour de France’s opening three stages had been postponed. Several local authorities expressed sorrow at the tragedy and sympathised with the afflicted families.

Sanna Marin, the prime minister of Finland, denounced the “terrible act of violence.” Meanwhile, Norway’s prime minister, Jonas Gahr Store, said that his “thoughts go to the victims and their families as well as to the relief professionals who are currently attempting to save lives.” Denmark last had a significant terror incident in 2015, when an attack on a synagogue and a cultural centre in Copenhagen resulted in the deaths of two persons and the injury of six police officers. Later, during a gunfight with police, the shooter was dead.

The nation has some of the tightest gun prohibitions in all of Europe. Licenses to own firearms are often only available for hunting or sports shooting after background checks, and automatic weapons are virtually outlawed. Public carrying of a handgun is severely forbidden.

Check Out: After Coming Late, Azealia Banks Storms Off Stage At Wynwood Pride. What Triggered Her Rage?