Skip to content
You are here:Home / Theresa May Greatest Achievements 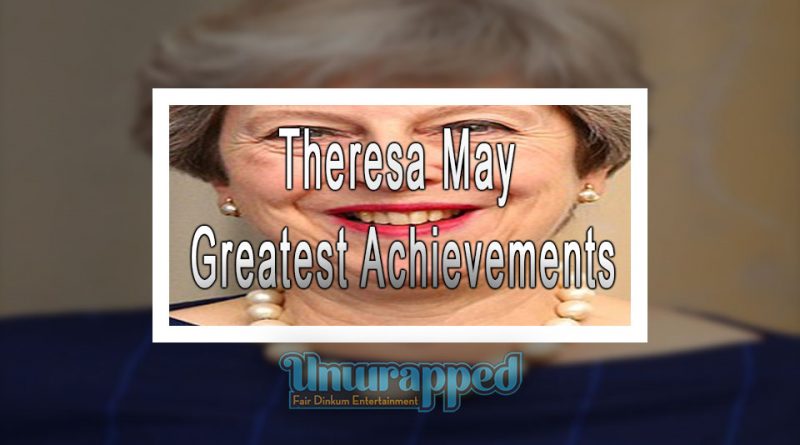 Theresa May is now the UK Prime minister after her only contender, Andrea Leadsom quit. The two were contesting for the Conservative Party leadership.

Following a brief handover overpower she has now settled into the role. Initial signs are a strong cabinet with a pro-Brexit front.

During the EU referendum, Mrs.May and Mrs, Leadsom was on opposite camps. May was for Remain while Leadsom supported Brexit. That is why Leadsom was a favorite among the Brexiteers.

But while delivering her quit speech, she said that Theresa May was better placed to establish a “strong and stable government.” Leadsom further stated that Mrs.May is the right candidate to implement Brexit.

Leadsom’s sentiments are best echoed by the speech the incumbent Home Secretary made.

She said that Brexit will remain to be Brexit and there will be no going backwards.

“Because Brexit means Brexit, and we’re going to make a success of it…Second, we need to unite our party and our country… And third, we need a bold new positive vision for the future of our country – a vision of a country that works not for the privileged few, but for every one of us.”

Theresa May – I will Unite the Conservative Party

After the EU referendum became a reality, the Conservative party was hit by a wave of disunity. The referendum clearly showed fractures within the ruling party and led to the resignation of its leader.

But Mrs.May has hedged her candidacy on unity. Being an experienced cabinet minister, Theresa May is probably the strong and proven leader that the post-Brexit Britain needs. She is better placed to negotiate the best deals for the UK.

But how well do you know her?

Who is Theresa May?

The 1956-born politician is the current Home Secretary since 2010 and the Maidenhead Member of Parliament since 1997.

One of the things that work for her candidacy is the vast experience that May holds in leadership. After becoming an MP, she progressed to be Chairman of the Conservative Party.

She has also served in numerous roles in the shadow cabinets of David Cameron, Michael Howard, William Hague and Iain Duncan Smith. From 2010, Theresa May has made a record by becoming the longest-serving Home Secretary. The sixty-year-old managed to establish staunch drug policy, introduce police reforms and introduced immigration restrictions.

May’s debut as Home Secretary involved overturning several of the previous Labour Government’s measures on data collection and surveillance in England and Wales. She supported the Identity Documents Act 2010 which abolished the National Identity Card of the Labour Party. She has also successfully regulated the use of CCTV cameras and the retention of suspect’s DNA.

But the Home Secretary has not failed to have a fair share of challenges. The 2010 Cumbria shootings challenged May– her first major national security incident.

Also in June 2010, May banned the Indian Muslim preacher Zakir Naik from entering the United Kingdom. Of course, Home Office officials did not agree and questioned the government’s policy to exclude Zakir Naik.

The phone tapping scandal of 2010 made Ed Balls call on the Home Secretary to make a statement to the House on the incident.

After announcing her candidacy in June 2016, May quickly became a front-runner for the Conservative Party leader. She was victorious in the first ballot, garnering more than 50 per cent of the votes. In the second ballot, Theresa May got the support of 199 MPS, stumping her front-runner position.

Also See : Top 10 Ways To Be Courteous In Australia When Dealing With People Of Different Ethnicity, Race, Creed, Colour Or Gender Orientation