What Does The Woke Movement Want from America? 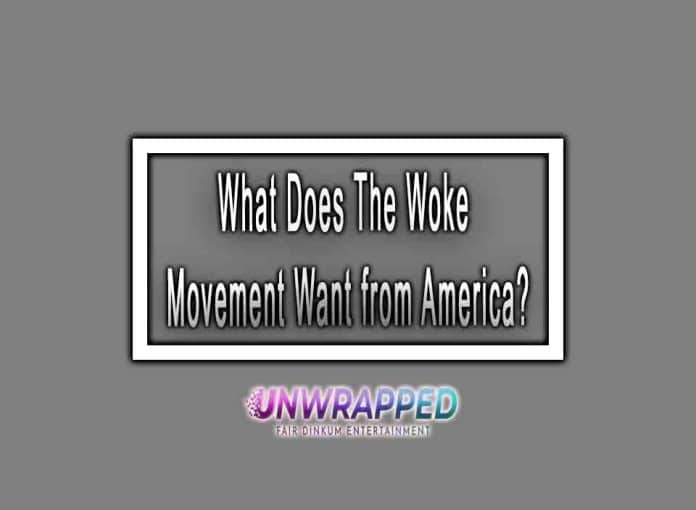 The Woke movement is a growing worldwide phenomenon that has gained momentum in recent years. The term “woke” refers to an awakening or awareness of injustices, often in the form of racism or sexism. Woke people see themselves as champions of civil rights and social justice, fighting for equality and fairness for all people regardless of race or gender. They are also seeking change in other areas such as politics and religion. But what does the Woke Movement want from America?

Read More: What Does Anti Woke Mean in Politics?

It’s A Movement, Not A Party

The Woke Movement is not a political party, it’s not a single ideology and it’s definitely not just about politics. It is also not about race or gender issues alone. This movement is about spirituality, consciousness and awareness of self and others. It means being awake to what’s really going on in the world around us   recognizing our own biases while striving to improve ourselves as individuals, families and communities.

The Woke movement is frequently painted as being “very liberal.” But that is misleading. Although many in the movement lean left on political issues, “woke” is primarily an ethical and spiritual movement, not a political one.

A New Vision of Life

In order to get a better idea of what the woke movement wants for America, it is important to understand their vision of life. This can be achieved by looking at what they want for men and women, children, and the elderly.

In fact, many Woke people don’t identify with either major political party and claim not to like politics at all. Instead, they view the world through a new lens one that values authentic, vulnerable relationships; life-long learning; and personal growth over material possessions or political aspirations.

Must See: Non-Woke Alternatives to Netflix

A New Form of Justice

Woke justice is the practice of achieving a more equitable and just society. Woke justice has five core values: fairness, equality, equity, transparency and inclusion. In order to achieve woke justice you must hold yourself accountable for your actions by acting with integrity and honesty in all relationships.

Woke justice is about peace; it’s about love and respect for yourself, others and the planet. Woke people want to see an end to all forms of violence whether it’s unjust wars being waged by the United States or sexual violence being perpetrated by people in positions of power.

A New Way of Relating

In a broader sense, the woke movement wants to see a new way of relating between men and women. The current system is based on a set of rigid roles: the man as breadwinner and protector, the woman as homemaker and nurturer.

Woke people want to see gender roles become more fluid in society, where men and women are free from traditional constructs that were imposed on them by a male-dominated society. They also want to see LGBTQ people treated with dignity and respect. In addition, the movement seeks a new way forward for gender relations one where women feel safe but also empowered and free to be whoever they want to be.

The Woke movement is not just about what we’re against. It’s all about what we stand for: a world where everyone is free to be their true selves, where we care for each other and respect one another’s differences, and where love and justice are the pillars of society.

Also see: What Does The Term Woke Police Mean?