The Most Dangerous Snakes in Australia 2022 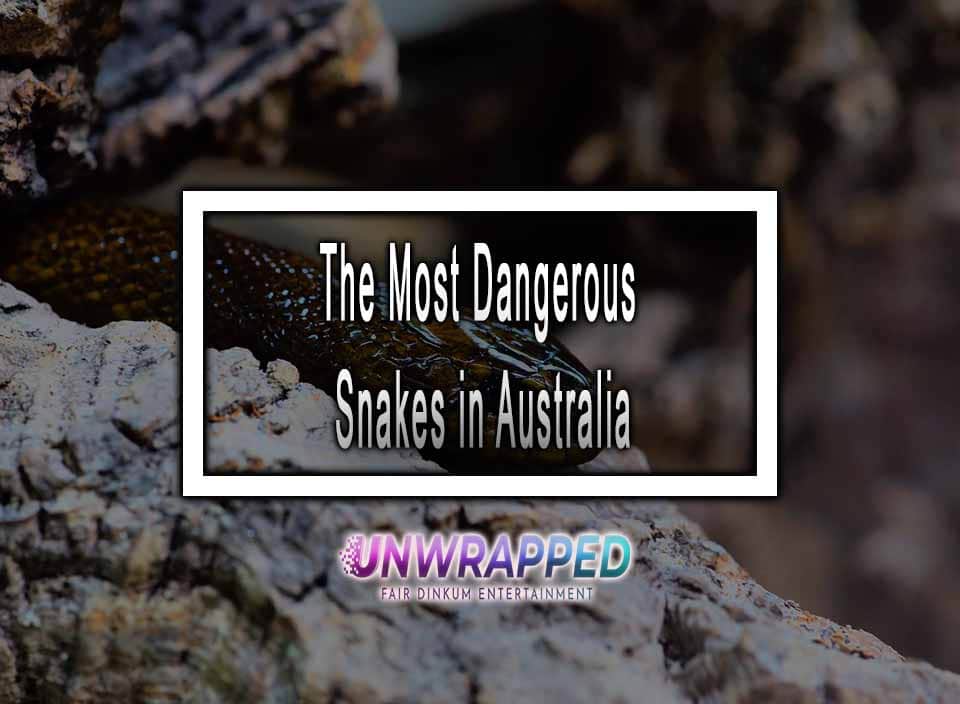 Stewart Udall was once quoted- “Plans to protect air and water, wilderness and wildlife are in fact plan to protect man.” But, wildlife also includes many dangerous and venomous animals.  You must be wondering, why this man is emphasizing protecting the entire wildlife including the dangerous animals? The answer to it is quite simple, every single animal, as large as an elephant and as small as an ant, is important for the ecosystem, also the dreaded snakes. Some of the most dangerous snakes are in Australia.

Here we introduce you to the most dangerous snakes in Australia-

Inland Taipan is also known as a fierce snake, a small-scaled snake. It is one of the most poisonous animals in the world. This snake is found in the area where South Australia, Queensland, North Territory and New South Wales meet in the crevices and cracks in dry rocky plains where they hide. An average Inland Taipan measures 2 m. It is quite a large olive or black. If bitten by this snake, a man could die within 45 mins.

The other name of this snake is a common brown snake. The snake occupies the eastern half of Australia. They are very bad-tempered, aggressive and fast-moving snakes. Their venom is the second most toxic in the world. This snake lives in populated areas as it hunts on rats and mice. The snake is more than 2 m in length.

This snake is famous by the name king brown snake. This is the most widely distributed Australian snake occupying the whole of the country only sparing a few regions like Tasmania, Victoria and the southern region of Western Australia. Mulga snake oozes out the largest recorded quantity of venom in a single bite, almost 150 mg in 1 bite.  As far as temperament is concerned, the Northern Mulgas are aggressive while the Southern Mulgas are comparatively quiet and shy.

Commonly known as the common death adder, this snake is found in eastern Australia, Western Australia and southern South Australia. It conceals itself in sand, leaf or gravel and sits motionless. They attract the prey by the worm-like decoy. As they sit motionlessly, there are chances that a man can step on it and if this happens, it is dangerous. They bite only when they are disturbed or touched. The venom can cause paralysis and ultimately death. They are quite dangerous.

Even if a few animals in the wildlife are dangerous, we should attempt to protect them and respect our wildlife and our entire ecosystem.

What is Australia's most deadliest snake?

The inland taipan is known as both the fierce snake and small-scaled snake, as well as being the most venomous snake in the world.

Don’t Stop: A Backpackers Guide to the Scariest Places of Australia