The Lumineers: Top 5 Songs of All Time Ranked 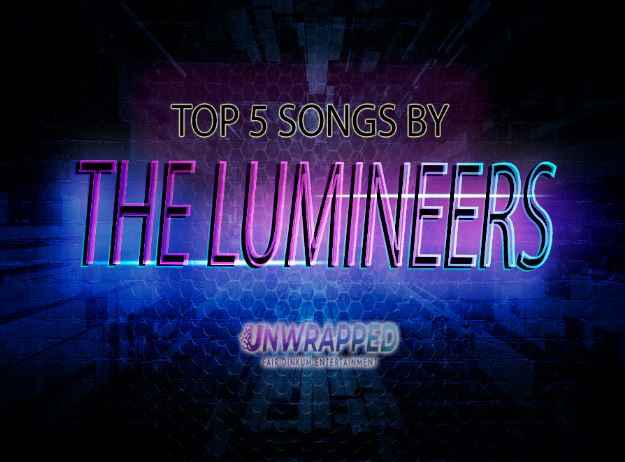 Top 5 Tracks of The Lumineers

We know how excited you are to be swept away by music through The Lumineers‘ Top 5 Tracks. Australian Unwrapped would like to give you first a glimpse of the life of the artist. Enjoy reading and listening!

All about The Lumineers

Who are The Lumineers: Wesley Schultz (lead vocals, guitar) and Jeremiah Fraites (drums, percussion, piano) composed the American folk rock band based in Boulder, Colorado, The Lumineers . “Ho Hey”, “Stubborn Love”, “Ophelia”, “Angela” and “Cleopatra” were some of their internationally acclaimed hit singles that paved their way to prominence. Their first album (2012:self-titled) made it to U.S. Billboard 200 top 2 spot and certified US-Canada-Ireland triple platinum plus Australia gold certified. Cleopatra was their second album which peaked to Billboard 200 top spot and US certified platinum. III released in September 2019 was the title of the third album of the band which ranked at Billboard 200 top 2 while Brightside was the fourth one released in January 2022.

Free Beer was the name of Wesley Schultz & Jeremiah Fraites’ first band.
Suspenders and a hat were the elements comprising the superhero outfit of Drummer Jeremiah Fraites.
Their first show in Chicago was at Reggie’s Rock Club.

We freaking love music here at Unwrapped, and we adore The Lumineers. In our humble opinion, here are the BEST FIVE SONGS by the legendary The Lumineers (most liked, listened and downloaded songs) across the web!!!

She’ll lie and steal and cheat
And beg you from her knees
Make you think she means it this time
She’ll tear a hole in you, the one you can’t repair
But I still love her, I don’t really care
When we were young
Oh-oh, we did enough
When it got cold
Ooh-ooh, we bundled up
I can’t be told
Ah-ah it can’t be done
It’s better to feel pain, than nothing at all
The opposite of love’s indifference
So pay attention now
I’m standing on your porch screaming out
And I won’t leave until you come downstairs

Sleep On The Floor

Pack yourself a toothbrush, dear
Pack yourself a favorite blouse
Take a withdrawal slip
Take all of your savings out
‘Cause if we don’t leave this town
We might never make it out
I was not born to drown
Baby, come on
Forget what Father Brennan said
We were not born in sin
Leave a note on your bed
Let your mother know you’re safe
And by the time she wakes
We’ll have driven through the state
We’ll have driven through the night
Baby, come on
If the sun don’t shine on me today
And if the subways flood and bridges break
Will you lay yourself down and dig your grave
Or will you rail against the dying day?

I was Cleopatra, I was young and an actress
When you knelt by my mattress, and asked for my hand
But I was sad you asked it, as I laid in a black dress
With my father in a casket, I had no plans, yeah
And I left the footprints, the mud stain on the carpet
And it hardened like my heart did when you left town
But I must admit it, that I would marry you in an instant
Damn your wife, I’d be your mistress just to have you around
But I was late for this, late for that, late for the love of my life
And when I die alone, when I die alone, die I’ll be on time, ah, yeah

I hope you enjoyed listening to The Lumineers !