The Jumbo Floating Restaurant In Hong Kong Goes Down At Sea 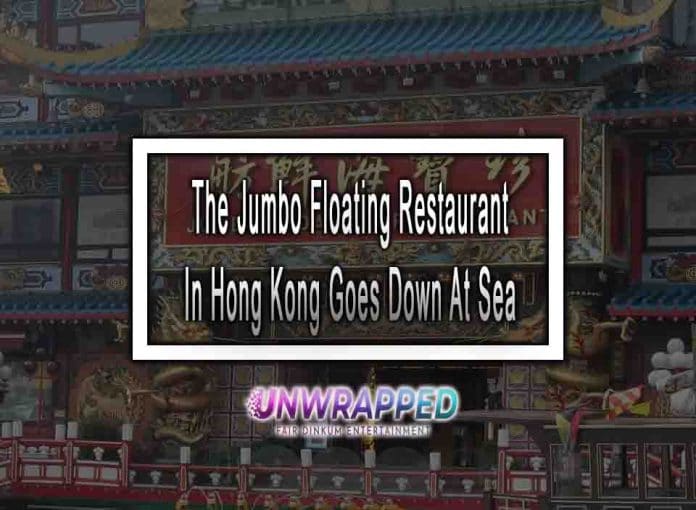 Days After Being Dragged Away From The Port Where It Had Been Operating For Over 50 Years, A Famous Floating Restaurant That Was A Landmark In Hong Kong Has Sunk

Last Tuesday, tugboats were used to drag the Jumbo Kingdom, a three-story yacht with an exterior designed to resemble a Chinese royal palace, away after spending almost 50 years anchored in the city’s southwest seas.

The restaurant’s leading boat capsized on Saturday while en route to an undisclosed shipyard after running into “adverse conditions” close to the Paracel Islands (also known as the Xisha Islands) in the South China Sea to a statement issued by Aberdeen Restaurant Enterprises Limited on Monday.

Read: After Becoming Ill While Singing, KK, An Indian Singer, Died At 53

Even though no staff members were hurt, Aberdeen Restaurant Enterprises claimed it was “extremely disturbed by the occurrence.” The Covid-19 epidemic arrived in March 2020, and the eatery closed. More than 3 million people have dined there throughout the years, including Tom Cruise, the Queen, and Richard Branson. Although it had appeared in multiple movies, including a Bond film, the epidemic delivered the restaurant a deadly blow as customers fled.

Before the voyage, marine engineers were recruited to check the floating restaurant, and the proprietors claimed that “all necessary approvals” had been acquired.

The ship was supposed to remain in an unspecified place while it waited for a new operator. But on Sunday, close to the Paracel Islands, it collapsed when it “encountered unfavourable circumstances” and started to absorb water, according to Aberdeen Restaurant Enterprises.

“At the location, the water depth is over 1,000 meters, making it very difficult to carry out salvage activities,” it continued. The restaurant had financial problems for years, but the epidemic was the last straw for it.

The business’s owner, Melco International Development, said last month that it had not been profitable since 2013 and was incurring significant losses.

You May Also Like: impact of the current situation – Jumbo Kingdom

Stay Connected
41,936FansLike
5,685FollowersFollow
820FollowersFollow
Previous article
Presale Tickets For The Good Things Festival Is Chaotic.
Next article
What Are 500 Internal Server Errors & How To Fix Them?