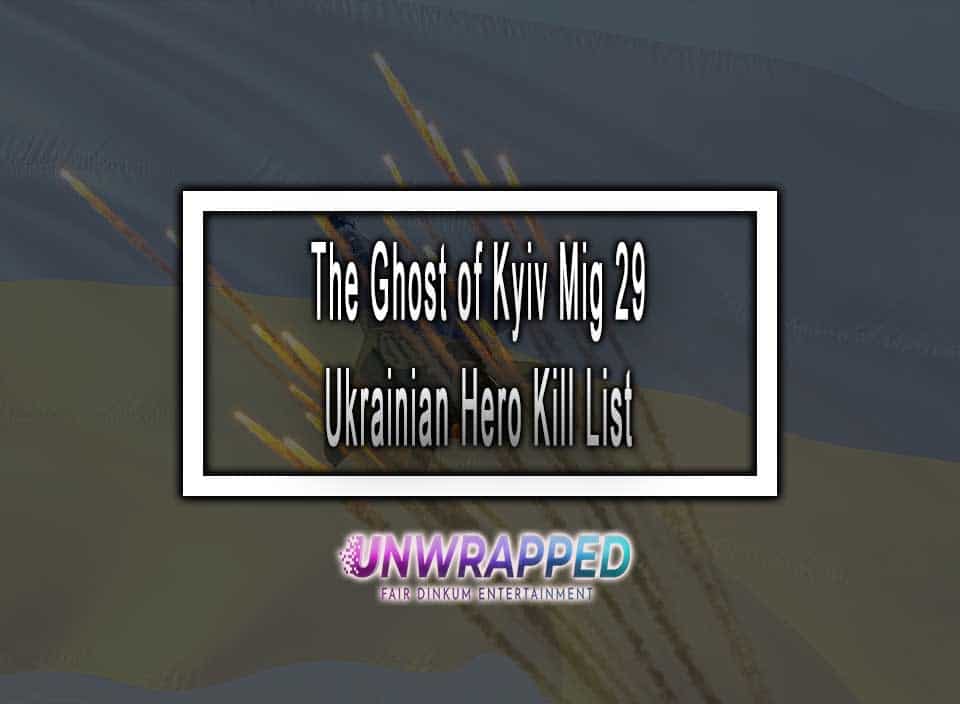 The Ghost of Kyiv and her Mig 29 as rumour has it the pilot is female according to undisclosed sources inside Ukraine. The pilot has reported downs 10 Russin aircraft and continues to stand in the face of adversity. If you sow the wind you reap the whirlwind and The Ghost of Kyiv is certainly providing a living hell. Some say she even collect the souls of those she downs delivering them straight to hell.

Despite being highly discussed on social media, it seems likely that the Ghost is just an urban legend – a story amalgamating various stories and people, spreading to give soldiers a boost in morale. I choose not to believe this, she is a Ukrainian chick up there kicking ass.

Mig 29 Capabilities – The Ghost of Kyiv

A MiG-29 is the world’s first aircraft with two types of air intake systems. When the MiG-29 is in the air, the air intakes open so that the engines can receive fresh air.

The Ghost of Kyiv shot down twice as many planes as you had to shoot down to become an Ace Pilot.

Casualties Mount on Both Sides Russia Must Step Back

War is for losers, absolute losers and the person that caused the war hides in his carved out volcano lair while Volodymyr Zelenskyy and the Women and men of Ukraine stand firm. Let us pray for a quick resolution and the war ends. Considering Ukraine’s size, which spans 1,200 km west to east, the possibility that the same pilot takes part in all counterattacks seems unlikely, but the Ghost of Kyiv has provided some hope for citizens of defiant Ukraine. If Ukraine believes then I believe, stand firm, hold the line and pray for all this to end.