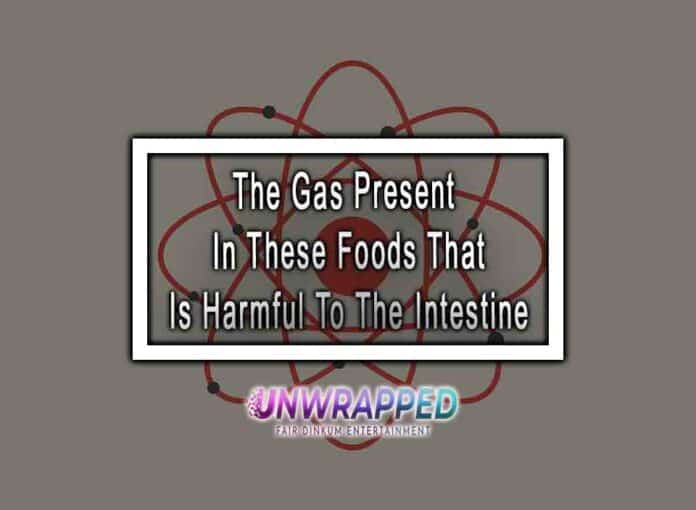 Food That Has Gas Can Be Harmful

The Gas Present In These Foods That Is Harmful To The Intestine – As your body digests food, gas naturally occurs in your intestines. The amount of gas in the pelvic colon rises by 65 percent after consumption (final large intestine). Every healthy person exhales gases between 10 and 20 times every day. In this sense, the increase in gas or discomfort produced by these may be induced by eating foods that are more prone to produce gas. What’s less well understood is that certain of these gases may injure our bodies. Simple dietary modifications may typically alleviate gas problems.

Colonic hydrogen sulfide, which has a rotten egg stench, is one of these gases. Colonic hydrogen sulfide and its synthesis in persons in response to animal- and plant-based dietary treatments were studied by researchers from the University of Minnesota School of Medicine, according to a study published in Clinical Nutrition.

Indeed, given to its likely significance in the aetiology of several major illnesses, such as ulcerative colitis, colorectal cancer, and obesity, this poisonous gas has piqued researchers’ attention for quite some time. The findings back with the theory that an animal-based diet increases the amount of hydrogen sulfide generated by the gut flora. What meals, however, create the most of this gas?

Its odor is determined by the meal consumed. Sulfur is abundant in eggs, beef, cabbage, and cauliflower, which promotes the development of hydrogen sulfide, which has a rotten egg-like odor.

In this vein, a team of scientists from the University of Minnesota has discovered for the first time a set of dietary patterns linked to increased production of this gas. To find out, they gathered a big group of human volunteers and placed them on two distinct diets: one low-fiber, animal-based, and the other high-fiber, plant-based (at different times and separated by two-week intervals to minimize interference).

During this time, each volunteer’s stool samples were gathered on a regular basis and evaluated to determine the amount of gas produced and to define the gut microbiota. Thus, in general, a diet high in animal items (meat, fish, eggs, dairy products, etc.) increased hydrogen sulfide production in majority of the individuals, but a diet high in vegetable goods decreased it.

As a consequence, the research discovered that a plant-based diet resulted in less hydrogen sulfide generation in most subjects than an animal-based (i.e. Western) diet.

However, when given the plant-based, high-fiber diet, a minority of subjects did not notice any change in gas production, or even increased it. This behavior was linked to particular enterotypes (specific characterizations of the intestinal microbiome).

The findings supported the widespread belief that frequent consumption of fiber-rich meals is helpful to gut health. Future studies of the gut flora might aid in the personalization of dietary therapy. They do, however, caution out that this is not universal, and that the ideal is to do extensive assessments of each patient before deciding on the best diet for them.

Also see: Essential Tips To Prevent Deaths And Heatstroke In A Heatwave

Stay Connected
41,936FansLike
5,685FollowersFollow
820FollowersFollow
Previous article
Cough And Irritation Of The Airways
Next article
How Is Body Temperature Regulated And What Is Fever?

Muscle Memory: What Does It Mean And They Real?