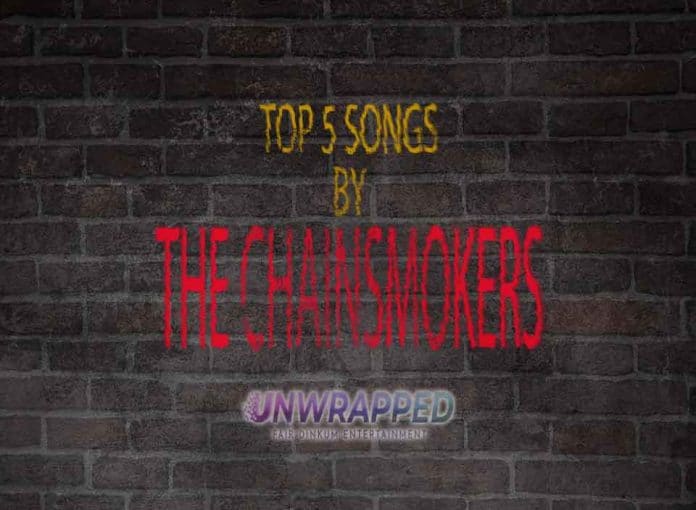 Top 5 Tunes by The Chainsmokers

Who are The Chainsmokers: Alexander Pall and Drew Taggart are the duo behind the group The Chainsmokers, a duo of American DJs and producers. Starting out, they released remixes of indie artists’ songs. Their 2014 song “#Selfie,” which charted in several countries, achieved a breakthrough.

At Unwrapped, we freaking love music, and we adore The Chainsmokers. In our humble opinion, here are The Chainsmokers’ best songs, well, five of them anyway. It wasn’t easy to narrow down, and we have used our judgement in conjunction with most liked, listened and downloaded The Chainsmokers lists across the web.

Don’t Let Me Down

I go through your iPad looking for
Somethin’ that I used to have
Guess I finally lost my mind (lost my mind)
I wish that I could take my number back
Go back to the place we met
Start this up a second time (second time)
You’re living in a past life, twenty-five
All your friends are verified
Acting like they’re first in line
I’m lookin’ at your life through cellophane
Hoping things would stay the same
I was always by your side

I hope you enjoyed listening to The Chainsmokers!

Share which song you like the most in the Comments section below for others to try listening to.